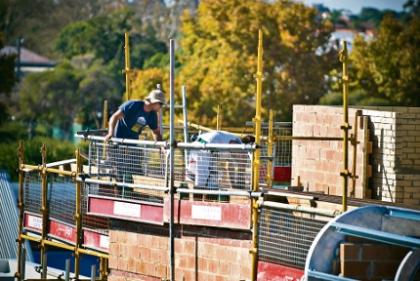 New home sales in Western Australia are showing determined resilience, the Housing Industry Association says, bouncing back in June by 23.5 per cent following a disappointing monthly result in May.

The HIA-JELD WEN monthly New Home Sales report showed sales in WA were at a level not reached in the past three years in June, with sales over the quarter 9.3 per cent higher than the previous three months.

New home sales declined by 4.7 per cent in May, the HIA said.

HIA chief economist Harley Dale said the June results were encouraging, but the imnprovement would not translate into construction activity any time soon as the market was still adjusting the state’s new Building Act.

“These are encouraging results and turning them into actual residential construction is imperative for Western Australia to avoid a repeat of the affordability crisis that stemmed from the mining boom mark I,” Dr Dale said.

The survey showed national detached house sales rose by 0.7 per cent in June while multi-unit sales jumped 15.7 per cent.

"It is, however, a stark reminder of how much catching up is left in the multi-unit sector when a lift of this magnitude still leaves sales volumes 36 per cent below their 10-year average," Dr Dale said in a statement.

"Lower interest rates will assist new housing in 2012/13, but the large gap between the cash rate and variable mortgage rates will blunt their positive impact."

Dr Dale said more could be done by the government to boost the weak housing sector.

"State governments have a crucial role to play, as do local governments, but it is the federal government that needs to act first and lead by example," Dr Dale said.