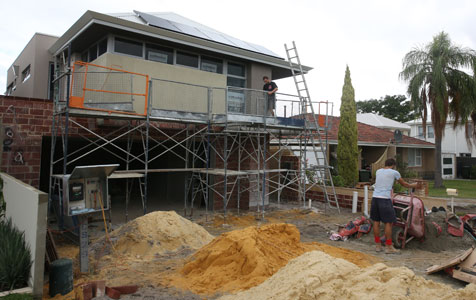 The Housing Industry Association released its latest WA state outlook this morning, which predicted home construction would remain at high levels for the foreseeable future, while renovations activity is also expected to experience significant growth in 2013 and 2014.

“Shortages are also emerging in skilled housing trades,” he said.

“It is important that these issues receive the attention of the state government.”

Nationally, the HIA said a new home building recovery was at risk of running out of steam, with strength in WA and NSW offset by weakness in other states.

“There is not enough policy focus on housing reform at a state as well as federal government level,” HIA chief economist Harley Dale said.

“Consequently, a new home building recovery looks set to be stopped in its tracks.

“Such an outcome would be detrimental to an improvement in housing affordability, a faster pace of economic growth, and a lift in the nation’s productivity performance.”