House prices on the rise 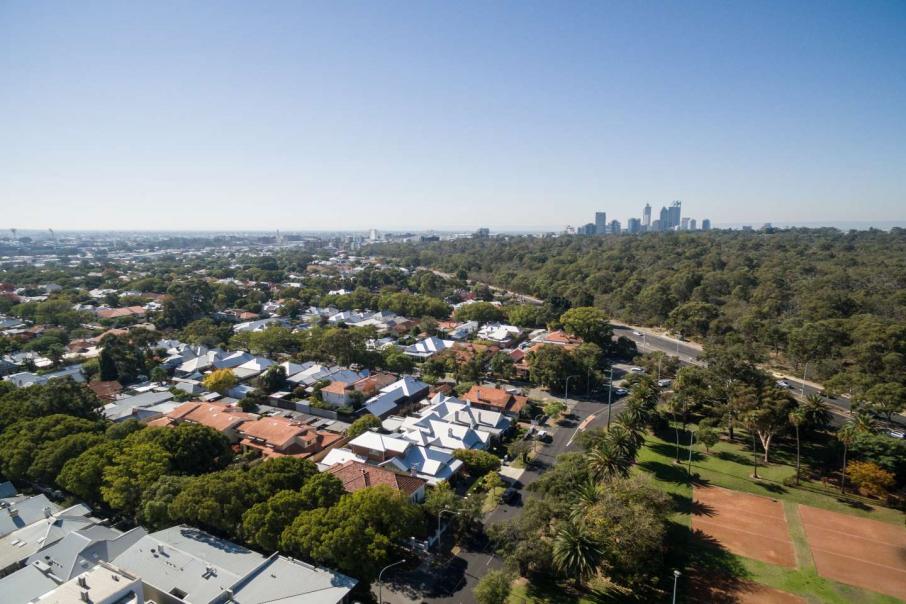 Price growth was recorded for every capital city bar Melbourne.

Perth’s residential housing market recorded a 0.6 per cent increase when compared to September, representing 0.9 per cent growth over the quarter.

Adelaide and Darwin experienced the largest increase in home values, both market's housing values increasing 1.2 per cent for the month.

Although values decreased in Melbourne were lower through October, CoreLogic noted that the trend rate of decline had been easing since mid-September; the drop of 0.2 per cent was the smallest month-on-month drop in values for the city since the COVID-19-related downturn began in April.

In its report, CoreLogic said it was clear housing markets were responding to the stimulus of low mortgage rates and improved sentiment related to measures announced in the federal budget and the low number of new virus cases, with housing values either rising or stabilising across each of the broad regions around the country.

“The rise in capital city housing values over the month was entirely attributable to a 0.4 per cent lift in house values which offset the 0.2 per cent fall in unit values,” he said.

“Through the COVID period so far, unit values have actually shown a smaller decline in values than houses, but this is likely to change.

“Almost two thirds of Australian units are rented, and rental conditions have weakened, especially in the key inner city precincts of Melbourne and Sydney.

“These areas have a higher concentration of unit stock, and historic exposure to demand from overseas migration.”

“When comparing October 2020 reiwa.com data to October 2019, sales volume has increased 2.7 per cent. Breaking it down, houses saw a seven per cent annual increase, units increased 20.4 per cent and land decreased 27.1 per cent,” Mr Collins said.

“The decrease in land sales was lessened by the higher number of sales due to the HomeBuilder grant, which certainly picked up the overall annual number of sales, however it is still pleasing to see houses and units performing quite well.”

Yanchep recorded the biggest increase in sales activity growth in October of 133 per cent, which REIWA said was largely due to the large number of land sales.

“Not only have stock levels decreased with 10,272 properties for sale on reiwa.com, which is 27.8 per cent less than this time last year, but the median days to sell has also lowered to 25 days – three days quicker than September and 22 days quicker than October 2019,” Mr Collins said.

Perth and Darwin demonstrated the tightest rental market conditions, according to CoreLogic.

“Both house and unit rents are up through the COVID period to date,” the report said.

“The stronger rental conditions come after a long period of weakness in rental markets; dwelling rents in Perth have only increased by 0.4 per cent over the past five years while Darwin rents are 11.4 per cent lower than they were five years ago.

“The latest rise in rents can be attributed to the recent history of low private sector investment which has kept rental supply levels low.”

Mr Collins said Perth’s rental stock levels had continued to drop, with October recording a vacancy rate of 0.96 per cent.

“With a continued low vacancy rate putting upward pressure on rent, we can expect this to increase further over the coming months,” he said.

“The median days to lease in October was the quickest it has been since April 2013, taking only 18 days, with agents on the ground reporting some properties are leasing within days of a listing going live on reiwa.com.”

Southern River was the top performing suburb by median weekly rent in October with a 3.8 per cent increase to $420 per week.

Building and construction veteran Craig Gemmill, who was previously the managing director of Gemmill Homes for 15 years until he sold his share in the business in July 2019, said the government should implement targeted incentives for investors.

Now a strategic advisor to Nu Wealth, Mr Gemmill said investors were not supplying enough new homes in near-city suburbs where the demand for rental homes was the strongest, due to proximity to the CBD.

“To overcome this chronic shortage of rental stock in these areas, the $20,000 grant under the new home building bonus scheme should immediately be doubled to $40,000 if an investor builds a new home within a 20 kilometre radius of the Perth CBD,” Mr Gemmill said.

“This $40,000 investor grant should last until the end of 2021 to help bring on… enough new rental properties now required in near city areas.

“Investors wishing to buy established homes in near city areas should have a moratorium on stamp duty until the end of 2021, which will mean that new established houses and apartments will become immediately available while new rental stock is being constructed.

“In addition, the state government should remove statutory infill charges for developers seeking to build new homes in near city areas which will give a major boost to new housing construction in this high demand rental market.”

Mr Gemmill said now was the time to provide incentives to the private sector, which he said provided the vast majority of rental accommodation in Perth.

“It is also important to note that the state government is now falling well short of its infill targets which are designed to limit urban sprawl that is estimated to cost taxpayers and businesses $2.5 billion a year,” Mr Gemmill said.

“Significantly, a report by the Property Council of Australia found that the state government could save $94.5 million for every 1,000 infill lots it developed, compared with the cost of developing green(field) sites.

“Instead, the current structure of the home building bonus scheme is resulting in more urban sprawl with first home buyers building new homes in fringe city suburbs because land prices are more attractive in these locations – apart from costing taxpayers and businesses billions of dollars in costs, this policy of encouraging urban sprawl will not solve Perth’s rental crisis.”

“This absence of investors is the main reason why we are experiencing a rental crisis in Perth,” Mr McQuillan said.

“In addition to a major financial incentive for investors to build new homes in near city areas, the State Government needs to end its emergency legislation for private rental properties as recommended by REIWA.

“I have many investor clients who would consider investing in the Perth real market to advantage of the current low vacancy rates but are deterred by this draconian legislation.

“The rental crisis in Perth will only end when the supply of new rental stock is increased significantly in areas of high demand through removing this legislation and also giving investors a strong financial incentive to build new homes.”