Homeowners in Perth will have to wait another month to see if a predicted recovery in the residential property sector gains traction, following a 1.3 per cent fall in median prices in July. 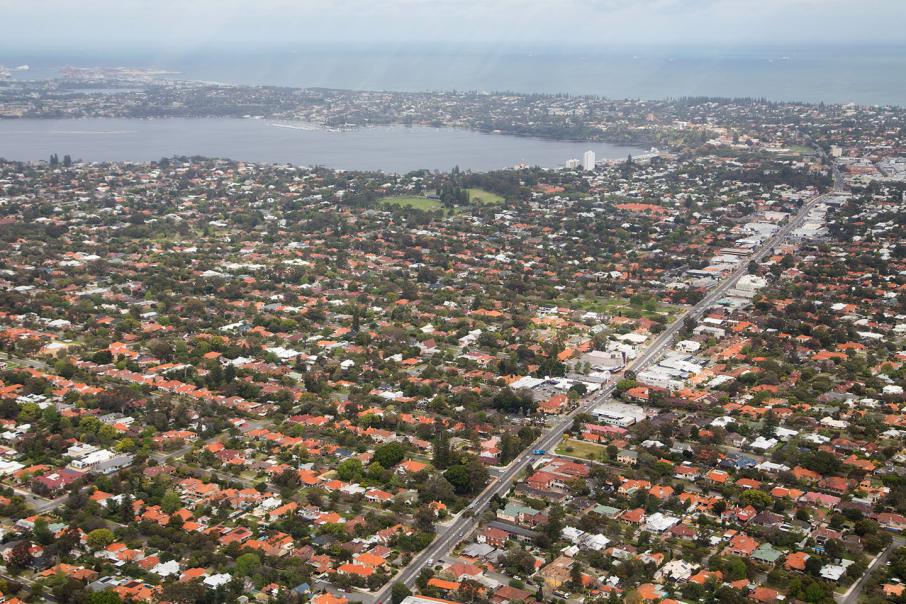 A bumpy year for Perth's median house price has continued, with a fall in June erasing any gains in the city in May. Photo: Attila Csaszar

Homeowners in Perth will have to wait another month to see if a predicted recovery in the residential property sector gains traction, following a 1.3 per cent fall in median prices in July.

However, they are likely breathing a sigh of relief after the Reserve Bank of Australia again left interest rates on hold.

CoreLogic today said the median price for all dwellings in Perth at the end of July was $475,000, down 2.1 per cent on the same time last year.

The reduction in median values in July followed a gain of around 1 per cent in June, a result many in the industry pointed to as an indication that the market had finally bottomed.

The data showed Perth units and apartments had performed better than detached houses over the past 12 months, with median prices for multiple dwellings up 3 per cent on July 31 2016.

Perth was again the weakest performing capital city in Australia for the month of July, with Darwin and Brisbane also recording median price falls, at 1.2 per cent and 0.6 per cent, respectively.

However, CoreLogic head of research Tim Lawless said the rate of declining values in Perth had eased, providing a signal that the WA market may be approaching the bottom of the downturn.

“Listing numbers have been falling across Perth, which is a positive sign of improving conditions, and transaction numbers have found a new floor at around 2,500 sales per month,” he said.

Nationally, Australia’s combined capital cities recorded a 1.5 per cent rise in dwelling values for the month, with Melbourne the standout performer, after the Victorian capital recorded a 3.1 per cent increase in median house prices.

“The recent bounce in capital gains may be partially due to a recovery from the seasonal slump in values recorded in April and May,” he said.

“However, other factors, such as stamp duty concessions for first home buyers in NSW and Victoria, may also be having a positive impact on demand.”

The inconsistency in housing markets across the country was a contributing factor to the RBA today leaving the official cash rate at 1.5 per cent.

RBA governor Philip Lowe said housing prices had been rising quickly in some markets, although he did acknowledge that those conditions were beginning to ease.

“In some other markets, prices are declining,” he said.

“In the eastern capital cities, a considerable additional supply of apartments is scheduled to come on stream over the next couple of years.

“There has also been some tightening of credit conditions following recent supervisory measures to address the risks associated with high and rising levels of household indebtedness.”

The RBA has now left the official cash rate at 1.5 per cent for 12 consecutive months, after the last reduction, by 25 basis points, occurred in August last year.

However, the RBA did express concern around the impact of the strengthening Australian dollar, which today was trading above US80 cents.

“The higher exchange rate is expected to contribute to subdued price pressures in the economy,” Dr Lowe said.

“It is also weighing on the outlook for output and employment.

“An appreciating exchange rate would be expected to result in slower pick-up in economic activity and inflation than currently forecast.”