While Western Australia has recorded solid growth in residential property values in recent months, it’s still yet to catch up to its east coast counterparts. 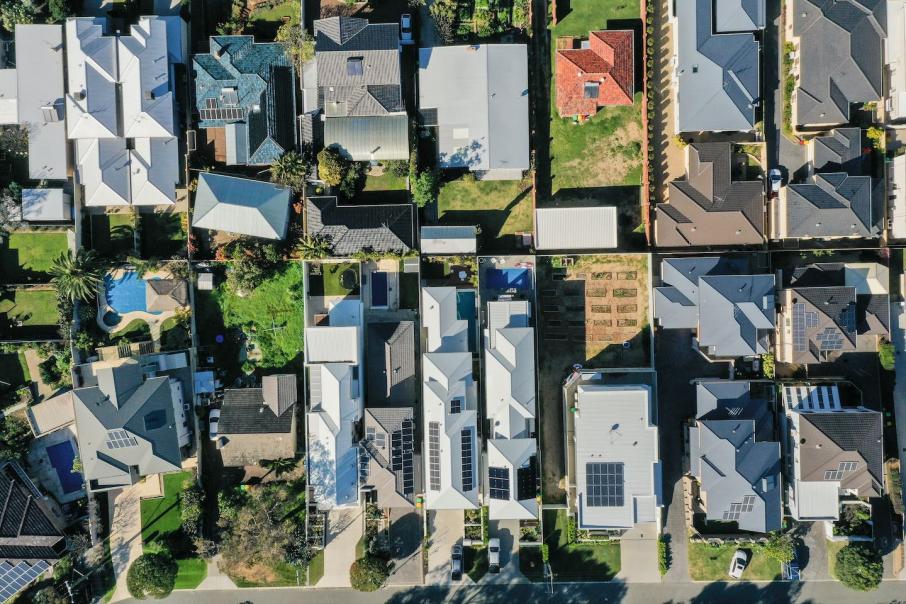 While Western Australia has recorded solid growth in residential property values in recent months, it’s still yet to catch up to its east coast counterparts.

CoreLogic’s national home value index for April found Australian housing values lifted by 1.8 per cent, with the monthly pace of growth slowing from a 32-year high in March (2.8 per cent).

While growth conditions have slowed, CoreLogic noted housing values were still increasing at a rapid pace, up 6.8 per cent over the past three months and 10.2 per cent higher than the COVID-low recorded in September 2020.

Perth recorded the smallest lift in growth (0.8 per cent), which, according to data from Real Estate Institute of Western Australia, appeared to push the city’s median house price above $500,000 for the first time since 2018.

This is still below the national average for Australian capital city house prices: In April the national median price was $761,051 and the average unit price was $597,978.

Home prices are now higher than they were a year ago across all eight capital cities.

Perth home values were up 6.7 per cent in the year to April.

While this was above Melbourne’s 2.2 per cent rise, that lift in value was less than all other major capital cities: Canberra recorded a 14.2 per cent annual increase, Adelaide was up 10.3 percent, Brisbane’s prices rose 8.3 per cent and Sydney house values were 7.5 per cent higher.

“It's a testament to the strength of our local market that even with the Easter and Anzac public holidays, as well as another lockdown during the month, that prices continue to rise.

"April marks the ninth consecutive month of price increases. Since August 2020, the Perth (CoreLogic) home value index has increased 9.1 per cent and is up 5.9 per cent in 2021 alone.”

“The slowdown in housing value appreciation is unsurprising given the rapid rate of growth seen over the past six months, especially in the context of subdued wages growth,” Mr Lawless said.

“With housing prices rising faster than incomes, it’s likely price sensitive sectors of the market, such as first home buyers and lower income households, are finding it harder to save for a deposit and transactional costs.”

Mr Lawless said there was already some evidence of fewer first time buyers in the market, with the Australian Bureau of Statistics reporting a 4 per cent fall in the value of first home buyer home loans through February, the first drop since May last year.

Listings of houses for sale also increased during April, with 8,742 properties listed, representing a 5.8 per cent rise.

“It’s clear that the current property market conditions are starting to entice more sellers to the market, which is helping to keep up with demand and provide buyers with more choice,” Mr Collins said.

“On an annual basis though, there are 25 per cent fewer properties for sale than this time last year, so demand is still outweighing supply.”

“Despite there being more properties available for sale, buyer appetite is still very strong and sellers continue to enjoy the quickest turn around in sale times that they have in more than 15 years.

South Yunderup, a 10-minute drive from Mandurah and Pinjarra, has also been a top performer.

House and land package sales have also signficantly increased over the year, with the Austin Lakes residential estate one of the fastest selling communities in the Peel region.

Since acquiring the Austin Lakes estate in late 2019, Wolfdene has recorded more than $14 million worth of sales as the result of selling over 100 lots.

The company said the sales spree had been driven by a 40 per cent increase in the population over the past five years.

“The rise in popularity has been driven by owner occupiers seeking an active, outdoor lifestyle in Austin Lakes on a larger block that is priced well,” Mr Brown said.

"South Yunderup is over 75 per cent owner-occupiers, which is higher than surrounding suburbs, so rental vacancies have been swiftly snapped up leaving a shortage of new stock to supply the rental market."

Wolfdene said rental vacancy was at a record low for the area (less than five properties listed for rent currently), which had driven a rental price increase of 16 per cent over the past six months.

Perth’s median rental price increased by $10 to $420 per week during April, according to reiwa.com.

“Perth tenants continue to enjoy some of the most affordable rents in the country.”

The median time to lease a rental in April was 18 days - one day faster than it was in March and eight days faster than the same time last year.

“The fastest leasing suburbs during April were Seville Grove, Atwell and Lynwood, all of which had median selling times of 13 days during the month,” Mr Collins said.

“Other suburbs to record fast median leasing times were Balga, Alkimos, Aveley, Wellard (all 14 days) and Bassendean, Willetton and Beckenham (all 15 days).

“The two instances of COVID-19 community outbreak that have occurred since 23 April should have a minimal short-term impact on the market provided Perth can get on top of the outbreaks quickly.

“If there are no sustained lockdowns or significant economic impact, REIWA anticipates that the Perth property market will continue its strong recovery.”

“New buyers may not be able to afford higher-priced properties, especially if incomes stay stagnant.

“Some may give up the search while others revise their expectations on the desirable property.

“Supply responds to the higher demand and this will continue to evolve over the next few quarters.

“While some buyers may experience FOMO (fear of missing out), the good news is that the Reserve Bank is in no rush to lift rates – especially with inflation well contained. So buyers can continue to do their homework to find the right property, especially if new listings lift as expected.”