Increased corporate confidence has brought a resurgence in business travel.

A RETURN of corporate travellers is making Perth's accommodation and travel sector increasingly confident the worst of the financial crisis is behind them.
Western Australia's travel sector seemed to feel the GFC more markedly than most, coming off some very strong years to experience a sudden downturn.
Data released this month by the Australian Bureau of Statistics shows that, nationally, only 1,700 fewer international tourists came "down under" last year as compared to 2008.
However, the positive story for the nation was not replicated locally, with many hotel operators and serviced apartment outfits experiencing significant drops in occupancy levels and forward bookings, leading to room rate fluctuations and other disruptions in 2009.
For accommodation providers the considerable drop in corporate travel was profoundly felt.
Globetrotter Corporate Travel director, John Battley, who recently celebrated 30 years in the business, believed last year was possibly the worst ever as his company experienced a decrease of 30 per cent in room nights, a 10 per cent reduction in average room rates, and a decrease in average length of stay from 2.4 nights to 2.1 nights compared to 2008.
"It was scary, and I was an economist and accountant in a former life, and it wasn't just a flu or an Ansett collapse or a 9/11," he said.
"It started looking very dangerous."
But business has picked up in 2010.
"It's back to boom times again," Mr Battley said.
"We had the best January ever in gross revenue and profitability, and February is shaping up to just exceed our best ever February, that of February 2008 in the real boom time."
Despite the apparent resurrection of the corporate market, data released by the ABS in January suggested occupancy levels in hotels, motels and serviced apartments (with 15 rooms or more) in WA was still in decline after beginning its slide in the September quarter of 2008.
Since then, room occupancy figures have steadily fallen for consecutive quarters from a seasonally adjusted 70 per cent occupancy to 63.9 per cent for the September quarter 2009.
Interestingly, occupancy data obtained by Business Class from the Australian Hotels Association WA indicated occupancy rates at lodgings across the city decreased 10 per cent between July and December 2009 as compared to the second half of 2008. Average room rates also fell by 4 per cent in the same period.
But AHA said in January this year overall guest numbers increased by 5 per cent against January 2009 figures.
Hyatt Regency general manager Adam Myott said there had been a 10 per cent decrease in occupancy rates during the last nine months of 2009, the majority of which were corporate clients cutting back, with room rates affected to a similar extent.
"I think a 10 per drop in any business is fairly dramatic," he said.
"If you were to compare the Australian scenario to other international scenarios we were far better off and very fortunate."
Although the situation appears brighter, especially with corporate travellers returning, Mr Myott is not counting his chickens just yet.
"If you plot it on a graph we're past the bottom, we're starting to see some pretty reliable indicators our business is strong but I wouldn't say the boom is back," he said.
The Parmelia Hilton and Sheraton Hotel would not disclose occupancy rates, although Parmelia Hilton general manager Ruth Harrison seemed optimistic thanks to the traditionally strong footholds of mining and resources trending upwards.
"(I'm) pleased to say that 2010 started with more confidence in our corporate market than the beginning of 2009," she said.
"Our forward projection for the second half of the year is sound with meetings and conference bookings picking up."
One hotelier to have barely noticed the downturn was The Richardson Hotel's owner, Joe Oxley.
"There were a few months last year when it was tough," Mr Oxley said.
"Our occupancy levels held very well but when I say we didn't drop anything ... we did drop a little bit, but it was insignificant."
But why do the other large competing hotels suffer and not Mr Oxley's?
"That's because they all fight against each other and cut each other's throat on prices," Mr Oxley explained.
"Every time you have a little hiccup or downturn that happens, they get like rats in a corner, and the reason is because all their owners are very bottom-line orientated.
"They're pushing these guys on budgets and they're fighting for market share, that's my philosophy."
The level of corporates utilising serviced apartments as opposed to the traditional four- or five-star hotel continues to grow despite some suffering greater falls in occupancy than their hotel counterparts during the downturn.
Quest Serviced Apartments founder and chairman, Paul Constantinou, who will open the new $15 million Quest Scarborough's 40 rooms in April-May, said high occupancy rates of 90 per cent fell by about 15 per cent but have come back strongly.
"We're pretty close to pre-GFC levels," Mr Constantinou said.
He believes the corporates, who often stay up to three weeks instead of traditional two-night visitors, which he now counts as key clients, will remain with Quest especially in light of most hotel's dynamic pricing.
"Will that market go back to five-star? I think there's been a big shift and it will be a long time before we see that again," Mr Constantinou said.
It's a sentiment echoed by co-owner and director of $7 million Fremantle boutique offering, The Bannister Suites, Phillip Purtle, which has targeted the corporate market since opening in July last year and currently sits at about 75 per cent occupancy for its 30 rooms.
"Once a corporate comes to Bannister they stay, return visitation is high," Mr Purtle said. "The big hotels don't have that guest recognition." 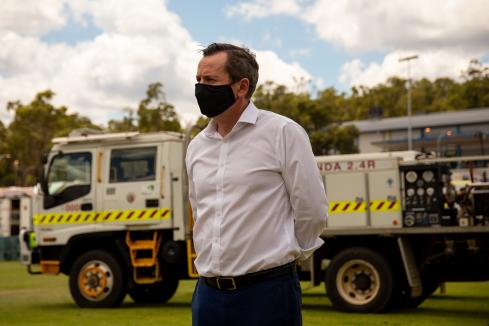 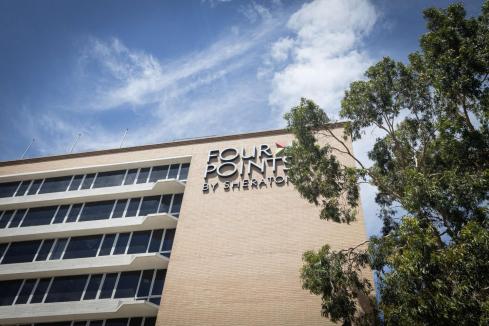