While Perth’s CBD hotels are struggling, many accommodation providers around WA are faring well, if they can find enough staff. 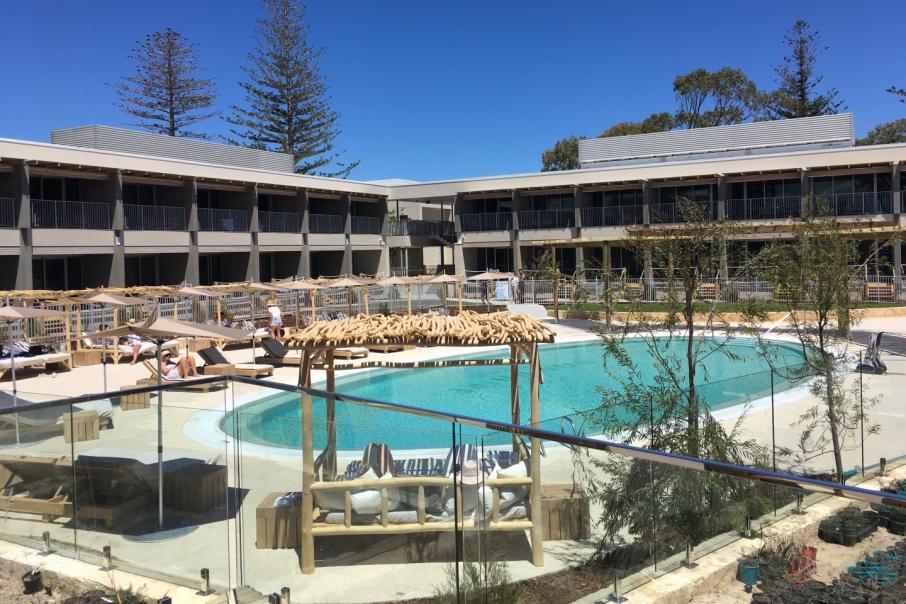 Three months after opening the Samphire Rottnest resort, Peter Prendiville has a problem, and it’s one he admits is a good problem.

“Financially, it’s been very successful but it’s been a struggle because it’s had so much demand placed on it by West Australians who haven’t been able to travel,” Mr Prendiville said.

His biggest challenge is finding sufficient staff for the $40 million, 80-room resort.

“We are still very short staffed, so it puts real pressure on the staff we do have. They work long hours but we don’t have any choice,” he said. 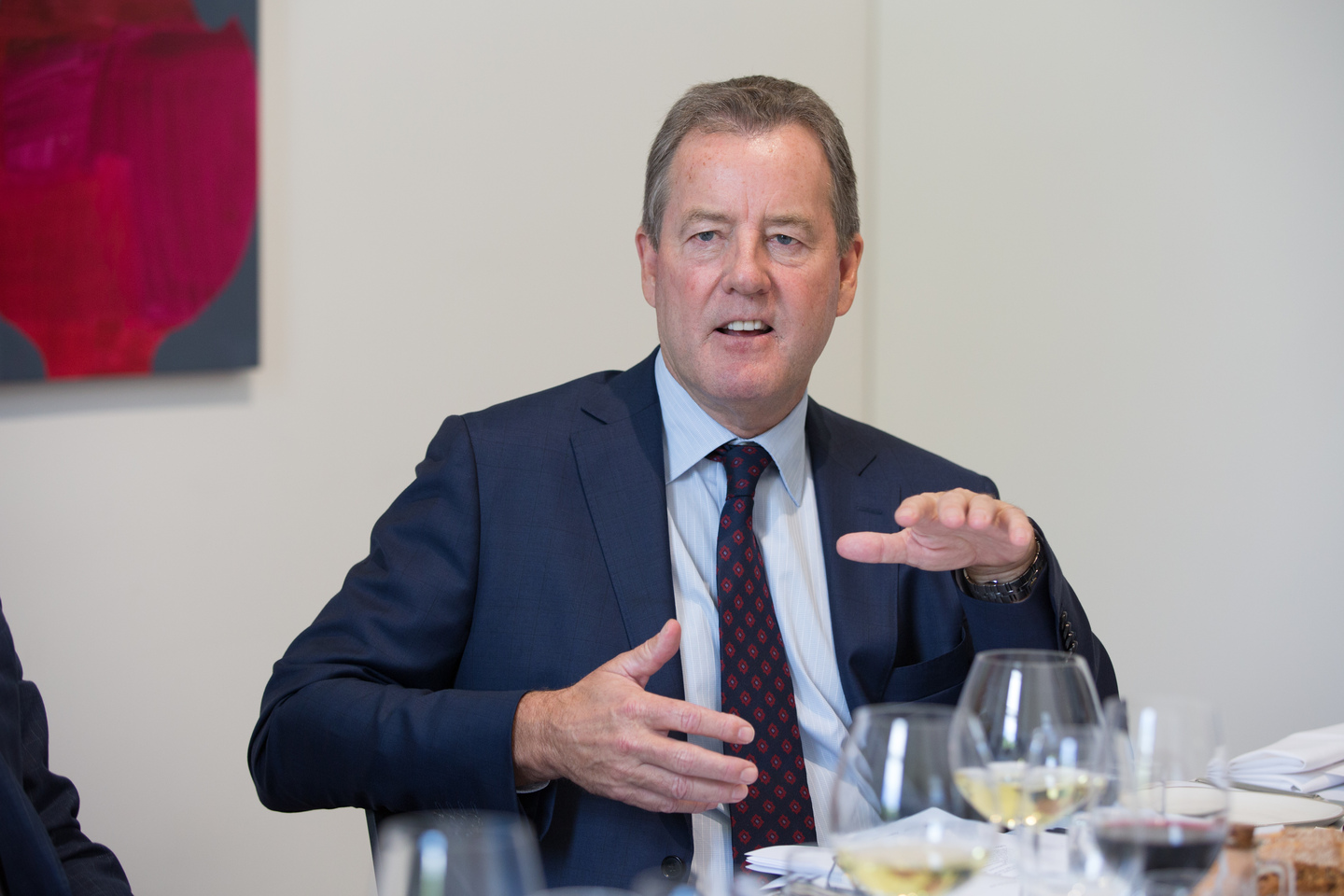 Having recently returned from a trip to the South West, Mr Prendiville knows he is not alone.

“I’ve been talking to a lot of the restaurant owners and winery owners down there and they are all enjoying the level of business but they lament the problem with staffing,” he said.

“The business is there but the staff is not.”

The Prendiville Group employs about 1,800 people across 20 hotels and resorts in WA and would like to employ a further 400 but Mr Prendiville said that was not possible.

“Last year we ran an ad for one position and we had 400 applicants.

“We are 400 staff short now and we are lucky if we get one applicant.”

Mr Prendiville points to government policies as a big cause of the problem.

“The unintended consequences of JobKeeper and JobSeeker have seen a lot of people who have elected not to come back to work,” he said.

In addition, international border closures meant foreign students and backpackers were not in the country.

The challenge adds to a tumultuous year for Prendiville Group.

Mr Prendiville said he had 70 staff at the Hotel Rottnest who had to be removed last year when it became a quarantine island. “We went down to a skeleton staff of six.

“A lot of the other staff went home, to their home countries.

“When we opened Samphire with 280 staff, we had to do it from a standing start.

“That required going into the open market to put together a team.”

Mr Prendiville commended the staff at Rottnest who had dealt with the rush of business.

“The same thing is true in Broome. The Mangrove Hotel up there is doing really well.

“But we have another hotel, The Conti, which is 150 rooms with large bars and restaurants that closed because we can’t staff it.

Prendiville Group has made the most of its staffing challenge by upgrading some of its properties.

It completed a $3 million upgrade this month of its Sandalford Wines property in the Swan Valley, with new bars, restaurant and cellar sales.

“I’ve been trying to do this for a couple of years but we’ve always been too busy,” Mr Prendiville said.

“Fortunately, we contracted the builder before this housing stimulus took off and they all got inundated with work.”

Prendiville Group has also been upgrading the Continental Hotel in Broome and its Ibis Styles Karratha hotel and plans to upgrade its Port Hedland hotel this year.

“That’s going to have some large decks and restaurant attached to it and new bars,” he said.

Prendiville Group is not the only hotel and resort operator planning new investments in this challenging market.

Companies as diverse as Karma Resorts, Tattarang and the Royal Automobile Club of WA are all looking to invest.

Karma, which operates the Rottnest Lodge, is keen to redevelop the property.

“We’ve held the lease there for a number of years and it’s been a very good asset for us and we are very positive on it,” Mr Spence said. 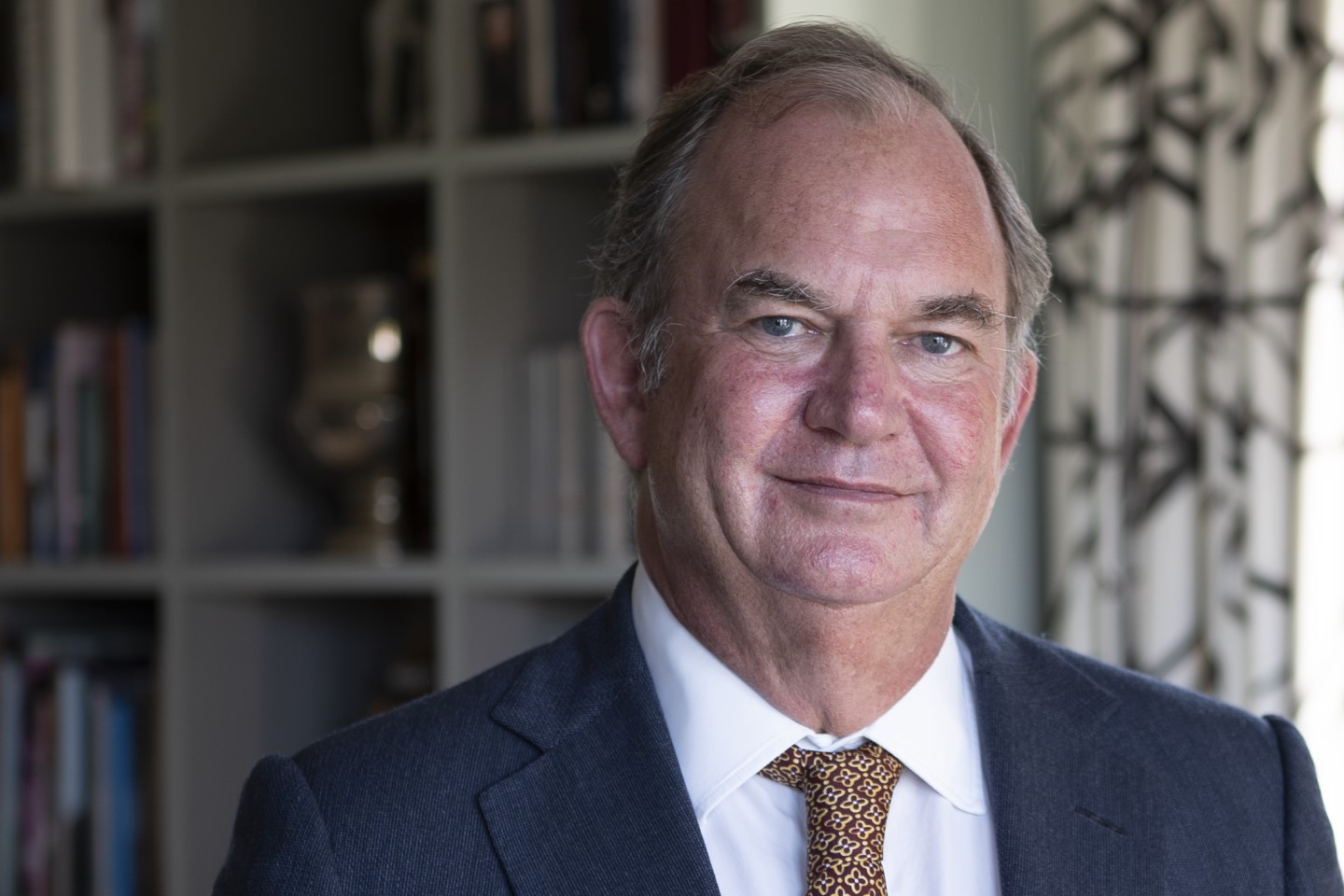 John Spence is keen to redevelop the Rottnest Lodge, which is run by his company Karma Resorts. Photo: Supplied

The Rottnest Island Authority called for expressions of interest from developers in March, with short-listed proponents submitting their plans for the Lodge late last year.

The RIA is being tight-lipped about the response but said it expected the selection of a preferred proponent to be completed in the first half of this year.

Mr Spence was not able to share details of his plans but talked up Karma’s credentials.

“We have been there many years and built a very good understanding of the site and the local tourist market,” he said.

“We are very, very keen to carry on and redevelop and make some improvements for the future.

“We have submitted business plans and redevelopment suggestions that we think are suitable for the site and we hope they will give us the nod.”

Mr Spence remains keen to invest in Rottnest despite the unravelling of a $20 million project that he submitted to the RIA in 2016.

That involved the development of 15 two-storey villas and 60 one-bedroom hotel units on a site adjacent to the Lodge.

“It was just one of those circumstances where the two expectations or plans didn’t quite match,” he said.

“It doesn’t mean you don’t approach it from a different angle again, and that’s certainly what we are doing this time.”

Mr Spence said he welcomed the development of other accommodation options, such as Samphire Rottnest and Discovery Parks’ glamping site.

With 83 eco tents, the glamping site was a significant addition to Rottnest’s accommodation options.

“Having a range of accommodation on Rottnest is key and that’s always been something I’ve said,” he said.

“It warrants different accommodation at different price points and levels.”

Andrew and Nicola Forrest’s private company is planning the largest investment in the tourist accommodation sector.

Located on the site of a long-running caravan park, the resort will include a mix of hotel rooms, villas, caravan bays and eco tents. 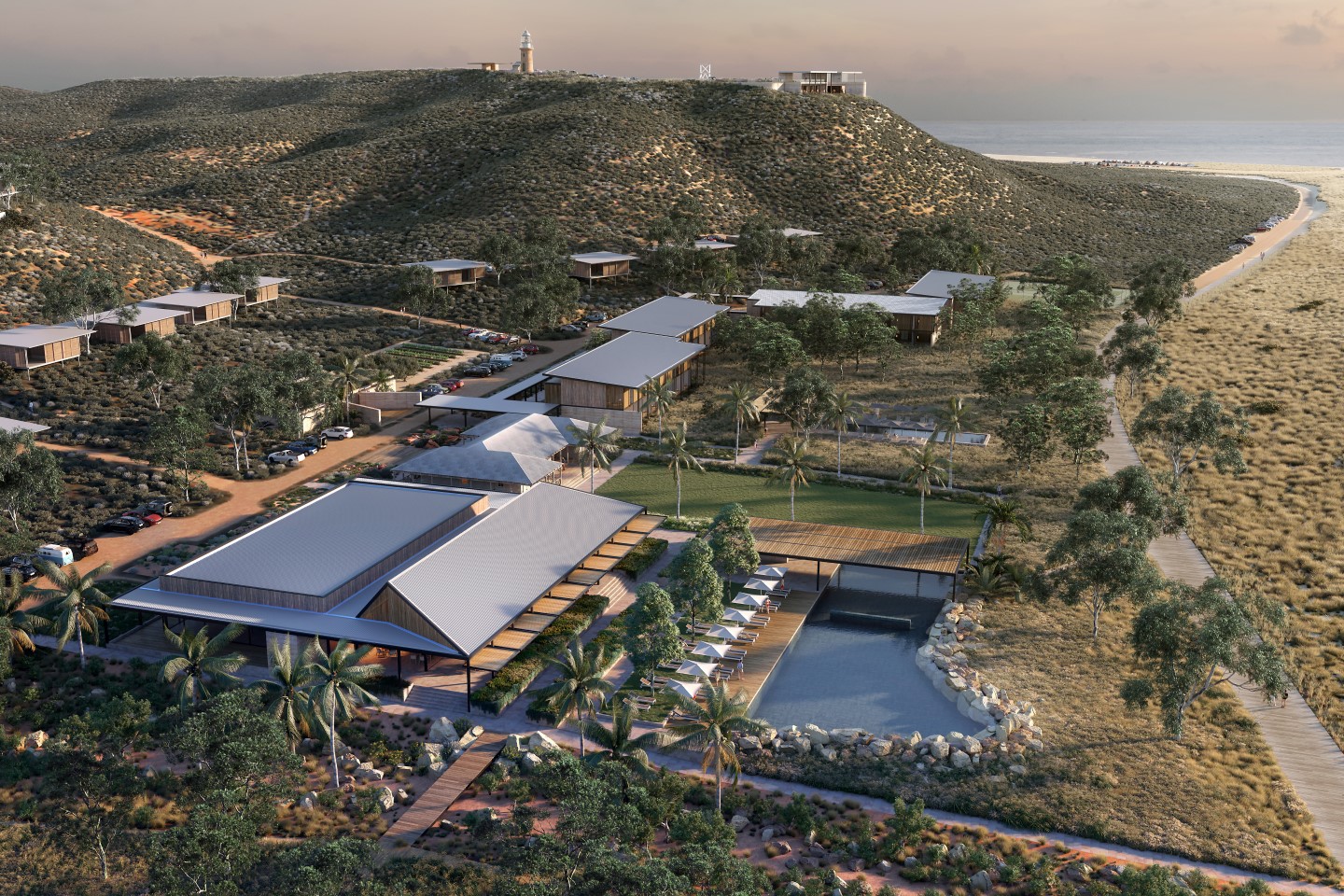 Tattarang plans to invest $85 million building a new resort at Exmouth, which will compete with RAC's existing holiday park (pictured below). Photo: Supplied

The federal and WA governments have already committed $6 million to upgrade a public road that will service the resort.

Tattarang signed up internationally renowned Kerry Hill Architects to design the resort and said it would retain a semi-remote visitor experience.

The final design will be included in the development application and subject to a public consultation period this year.

The Forrests will be hoping the resort plans gain a better public reception than the plans to redevelop Cottesloe’s Indiana Tea House, which they bought in 2019.

The response was a divided public, with many people wanting the current building retained and no clear favourite among the new designs.

The group is exploring options. Tattarang’s planned Exmouth resort will be seeking to tap into the boom in domestic travel.

This boom is evidenced by the growth in bookings at RAC’s nine holiday parks and resorts across WA. 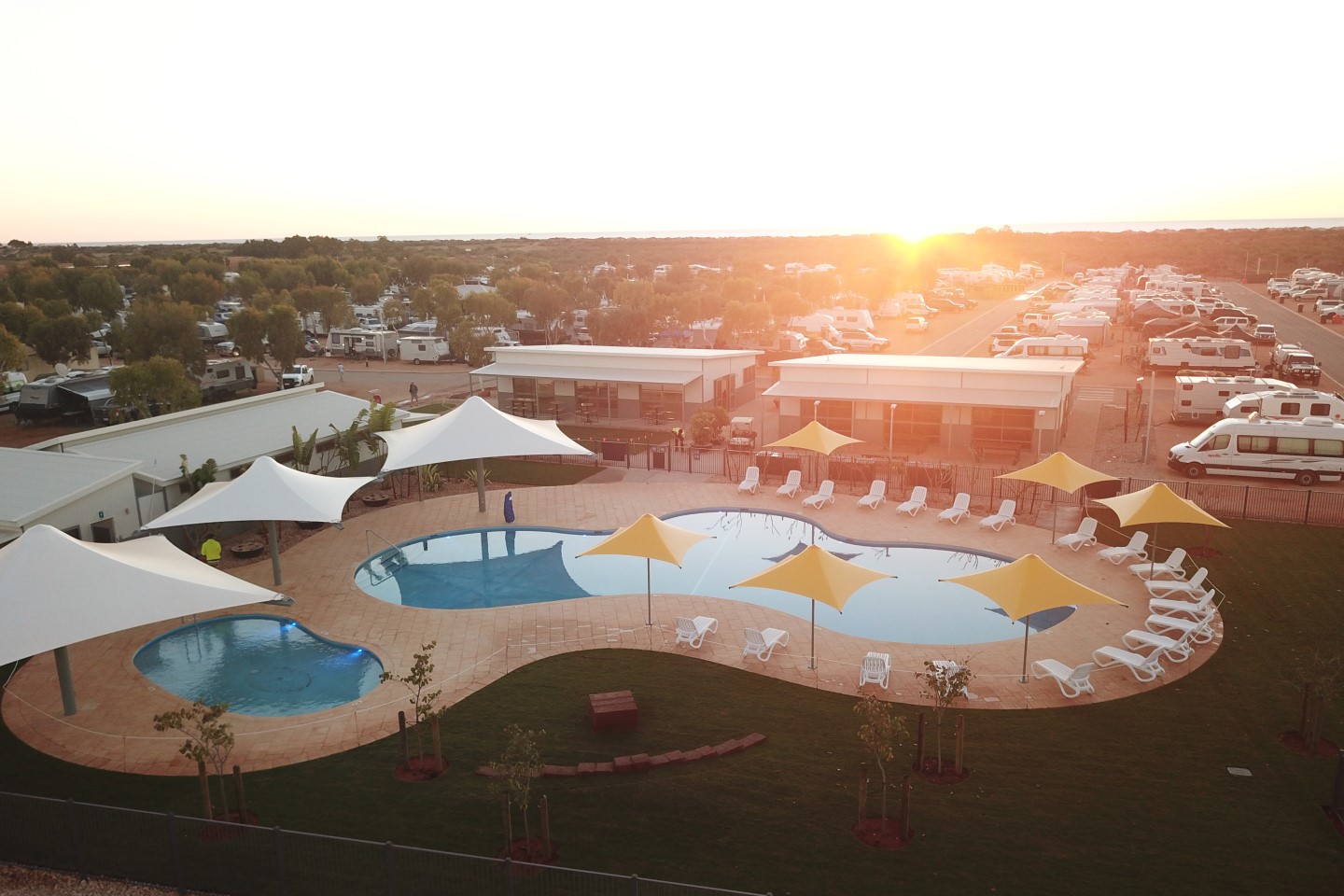 Between July and December 2020, RAC reported a 34 per cent increase in nights stayed compared with the same period in 2019, with guests staying 24 per cent longer.

“For example, the 2021 school holiday periods are already booking up rapidly.”

Mr Pickworth said the growth included venues in the north-west like Monkey Mia and Exmouth, despite the very hot weather at this time of year.

The number of Western Australians staying at its resorts increased by 109 per cent.

Another indicator of how the travel market has changed is that new insurance policies for caravans increased 50 per cent in 2020 compared with the previous year, according to RAC.

Recent investments will help RAC make the most of these changes.

The group acquired its Esperance holiday park in December 2019 and over the past year has completed upgrades at its Karri Valley and Exmouth resorts.

“Finding staff in the wake of COVID-19 has been challenging, especially experienced food and beverage workers,” he said.

“However, to date we have fortunately been able to source enough staff within WA to meet the increasing demand.”

The trading conditions facing Perth hotels are much more challenging and variable.

Resort-style hotels, such as those at Crown, Scarborough, Joondalup and Fremantle, have fared relatively well.

They have become an alternative to Bali and been helped by the government’s ‘staycation’ campaign.

Trading has been much tougher for CBD hotels, which have a greater reliance on business travellers and the conference market.

Quarantine has been a lifeline for some of these hotels. In recent months, about 2,200 people per night have been in quarantine across nine Perth hotels.

However, that number will fall substantially after the decision early this month to halve the number of international arrivals coming into WA to 512 per week.

Australian Hotels Association WA chief executive Bradley Woods said occupancy levels in most CBD hotels had fallen to between 30 and 50 per cent with low room rates and low yields.

“There are scores of hotels that are not busy,” Mr Woods said.

He said the fallout extended from hotel employees to food and beverage operators and businesses up the supply chain.

In a similar vein, a Tourism Council of WA survey this month found the impact extended to tourist attractions, aviation operators, bus companies and tour operators.

Chief executive Evan Hall said there had been mass cancellations by interstate guests since Christmas due to border uncertainty, with forward bookings down 35 per cent.

The survey found bookings at Perth accommodation and tourism businesses were down 50 per cent but were up 45 per cent at regional accommodation businesses. Mr Hall said there would be big job losses if struggling operators did not receive continued support.

“It is critical that the federal government extends JobKeeper for at-risk businesses until international travel can safely resume,” he said.

The downturn followed a period of extraordinary growth for Perth’s hotel industry, with about 20 new hotels adding some 4,000 rooms over the past five years.

The reopening this month of the Parmelia Hilton Perth hotel after a 10-month, $45 million refurbishment will add to capacity.

“At the moment, quite a few hotels are closed for quarantine so there isn’t as much choice in the city as usual,” he said.

Mr Shanks said the hotel had kept the vast majority of staff, helped by many being on JobKeeper.

“That’s one benefit we will have when we reopen, we have kept all that experience with us.”

The Parmelia has re-opened with a staycation special, indicating the main area where it sees opportunity.

“There is an opportunity for people who are intrastate and interstate to holiday in their own backyard, so we are seeing that as a positive for this year.”

Its reopening comes shortly after the city’s newest hotel, the DoubleTree by Hilton Perth Waterfront, opened its doors. 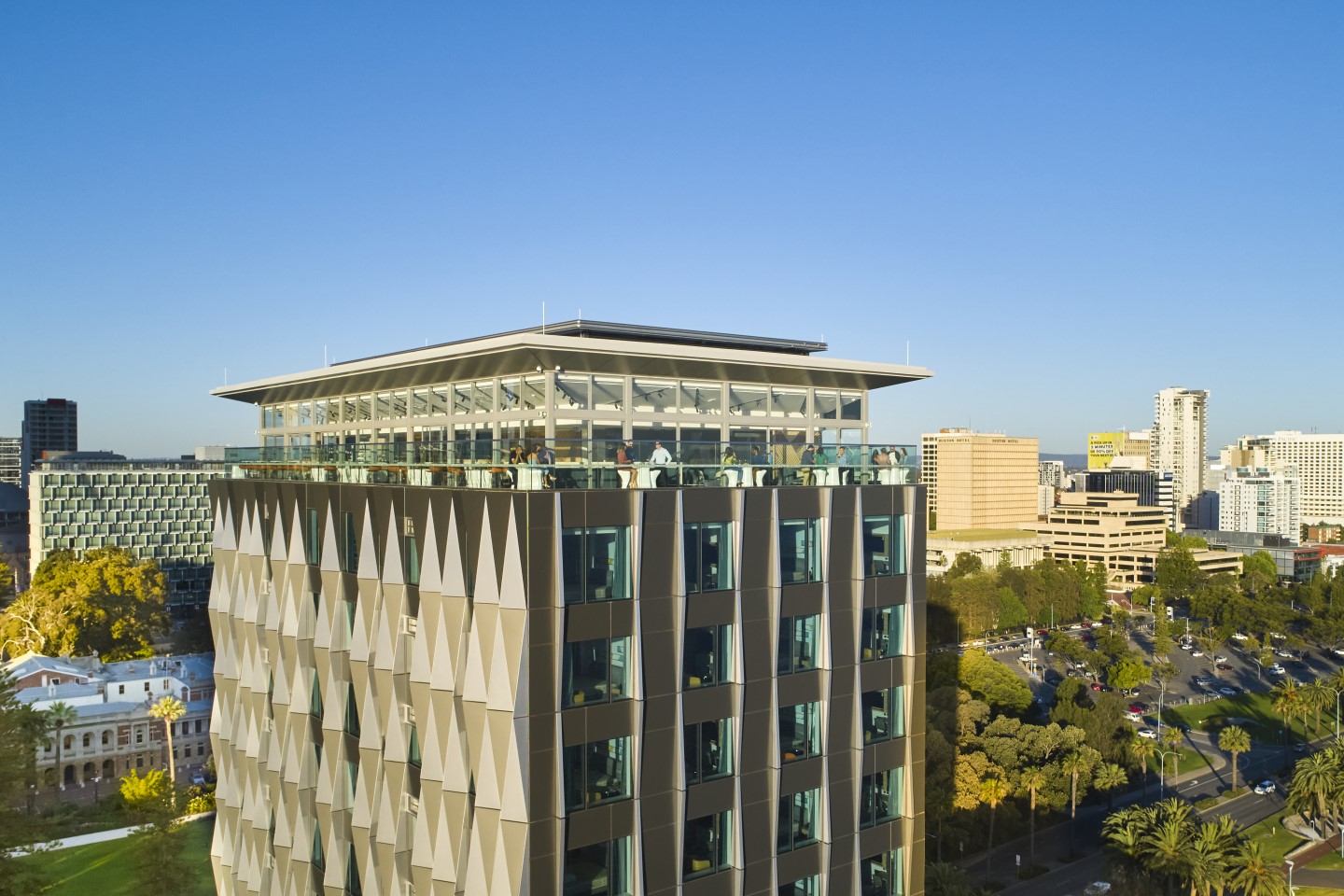 The 18-floor hotel, which sits above the Swan River, added a further 229 rooms to the market.

Marketing executive Louisa Choi said the hotel had benefited from people taking a staycation over the Christmas and New Year period.

“We were lucky to be opening in a very busy period,” she said.

The vast majority of guests were from suburban Perth. Ms Choi said guests were increasingly conscious of health risks.

“A lot of people have asked if we have been used for quarantine," she said.

Ms Choi also acknowledged that recruiting staff had been “a bit of a challenge”.

Mr Woods said government needed to be very specific and targeted in its support for the industry, with the East Kimberley hit particularly hard.

He also expressed concern about the conferences and events sector, saying it had been hit by the hard border and would find it difficult to recover.