It’s cheaper to book a hotel room in Perth than it was 12 months ago, but that hasn’t stopped Western Australia losing out to other states when it comes to attracting international visitors. 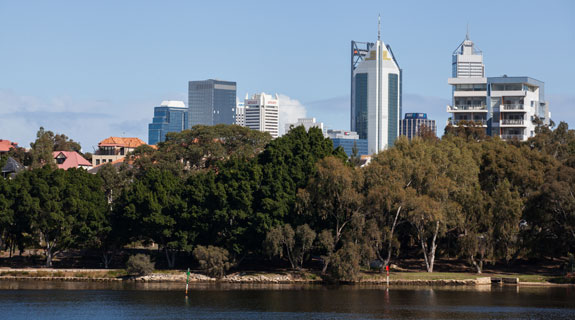 It’s cheaper to book a hotel room in Perth than it was 12 months ago, but that hasn’t stopped Western Australia losing out to other states when it comes to attracting international visitors.

Data released today by Hotels.com showed the average price for a hotel room in Perth declined  by 3 per cent over the past 12 months, but the Western Australian capital remained the sixth most expensive city to book a room in Australia.

The hotel prices snapshot showed it cost, on average, $188 per night for a hotel room in Perth in the first six months of 2015, down from $193/night at the same time last year.

The only Australian destinations where it was more expensive to book a room were the Whitsunday Islands, Sydney, Port Douglas, Sunshine Coast and Canberra.

The lower cost for hotel rooms had not had any impact on international visitor spend, according to the latest International Visitor Survey data, also released today.

Spending by overseas tourists rose only by 1.2 per cent compared with a national average of 11.5 per cent.

WA also recorded the second-lowest increase of visitor growth, at 4.4 per cent, and visitor nights, at 5.4 per cent.

“Every other state in the country is diversifying its economy and investing heavily in tourism as the economy moves from being focused on resources to services,” he said.

“Western Australia is in competition with every other state and destination around Australia when it comes to appealing to visitors from around the world and we must not be left behind or we risk losing visitors.”

“WA’s destination advertising budget needs to increase by tens of millions if we are going to see WA compete for its fair share.”