Talk of hotel oversupply in Perth has been exaggerated, with new higher quality projects to be a welcome alternative to older and potentially obsolete hotels in the city, an industry analyst says. 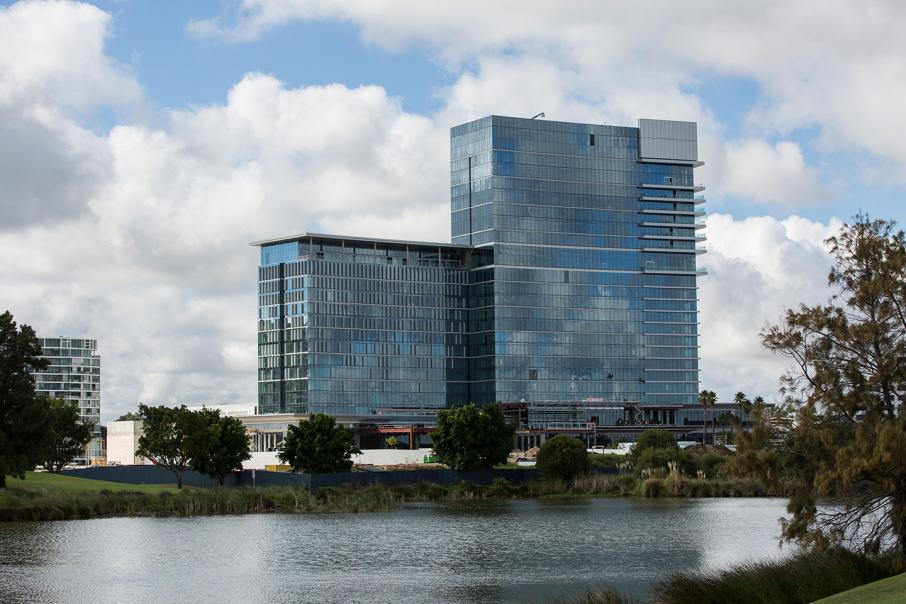 There are currently around 1,500 hotel rooms under construction in Perth, including at Crown Towers at Burswood.

Talk of hotel oversupply in Perth has been exaggerated, with new higher quality projects to be a welcome alternative to older and potentially obsolete hotels in the city, an industry analyst says.

CBRE Hotels senior director David Kennedy addressed concerns about potential oversupply in Perth, saying over half of the existing 6,710 rooms in the Burswood, Perth and West Perth areas were now over 30 years old.

“Besides the 48-room Como The Treasury Hotel and The Richardson in West Perth, the city hasn’t received a new five-star hotel for some 30 years, however the tide has turned with a surge of development under construction across the city,” Mr Kennedy said.

“Rather than an oversupply issue, we’re seeing a market shift with new projects offering a range of high quality accommodation options across the city.

“This will take Perth in line with other main capital city markets across the country.

There are currently around 1,500 hotel rooms under construction in Perth, including at the Westin, Intercontinental, and Crown Towers at Burswood.

Other hotels bound for Perth include the Ritz-Carlton at Elizabeth Quay, the Courtyard by Marriot Wellington Street, and a 42-level Sheraton, which is proposed for The New Esplanade Hotel site.

Mr Kennedy said while there has been speculation of a hotel glut in Perth, the evidence to support the claim wasn’t visible.

“If there was real panic in the air, we would be seeing a sell-off of assets, whereby in reality, there is not one established city hotel for sale,” he said.

“Although hotel trading has continued to subside, they are still trading at very profitable levels, with an average daily rate of $200 and occupancies of 80 per cent, which is above the national average.”

Mr Kennedy said the weak Australian dollar was a major attraction for international visitors, but also meant domestic visitors were being forced to cut back on international travel and holiday locally.

“This is subsequently assisting occupancy rates across the Perth market,” he said.

Mr Kennedy also said there were a number of demand drivers currently in play that would provide a boost to both existing and new hotels in the immediate-to-long term future.

They include the Elizabeth Quay, the new Perth Stadium, and consolidation of the domestic and international airports, while new hotels themselves would attract more visitors by lifting the standard of accommodation.

“We will need to endure the economic gloom over the next 18 months, but that provides a prime time to develop,” he said.

“The prediction is that Perth will sing in 2020 when government and private development is established and the economy rebounds.”