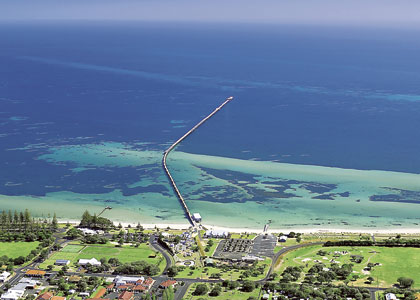 DEVELOPMENT: the City of Busselton called for expressions of interest to build a four-star hotel and serviced apartments along with commercial services on the Busselton foreshore.

PLANS for hotel developments in Busselton and Albany could hinge on the application of state government incentives, announced last year to assist hotel investment in Western Australia.

In April, the City of Busselton called for expressions of interest to build a four-star hotel and serviced apartments along with commercial services on the Busselton foreshore.

The announcements come amid record room occupancies in Perth hotels, according to Deloitte’s Hotel Market Outlook, principally due to the resources boom.

Both projects should have access to some of the eight incentives announced last October by Tourism Minister Kim Hames, who said the state government would provide incentives to developers on a case-by-case basis to encourage hotel investment.

The incentives include the granting of longer-term Crown leases for short-stay accommodation developments, and the leasing of Crown land for hotel use at a peppercorn rate.

Mr Grylls said last week the government had asked proponents to submit ideas on how to stimulate hotel investment on the Albany waterfront.

City of Busselton chief executive Mike Archer said the Busselton hotel plan was not being driven by the government’s hotel incentives scheme.

“However, the process of issuing an expression of interest (EoI) over Crown land is consistent with the intentions laid out in the scheme,” he said.

“Incentives may be required to assist developers, should the market not respond favourably to the EoI and proposals are considered meritorious by the City of Busselton and the state government.

“The city is working closely with Tourism Western Australia and the Department of Regional Development and Lands on the hotel/short stay development opportunity and the EoI process.”

Deloitte said its room occupancy forecast for Perth was on track at 84.5 per cent at the end of 2011, along with an 11 per cent growth in room rate to $174, making it the fastest growing market in the country.

The report said revenue per available room for 2012 was expected to be higher again, up 18.6 per cent, exceeding Melbourne room rates and inching closer to Sydney’s.

“While occupancies are at record levels, development of new accommodation facilities remains difficult in Perth, though recently announced government incentives may see the initiation of some much-needed new hotel rooms being constructed,” Deloitte said.

Dr Hames said the government had recognised its support was needed to facilitate the new supply of short stay-accommodation required for the state’s growing economy.

“Despite a significant and sustained increase in occupancy and room rates there has been minimal hotel investment in Perth and parts of regional WA since 2006,” he said.

Organisations and individuals have until August 31 to submit an expression of interest for the Busselton hotel project.