Perth’s hotel construction boom is entering its final phases, as existing and new operators adjust to a market transformed by the largest pipeline of development in Western Australian history. 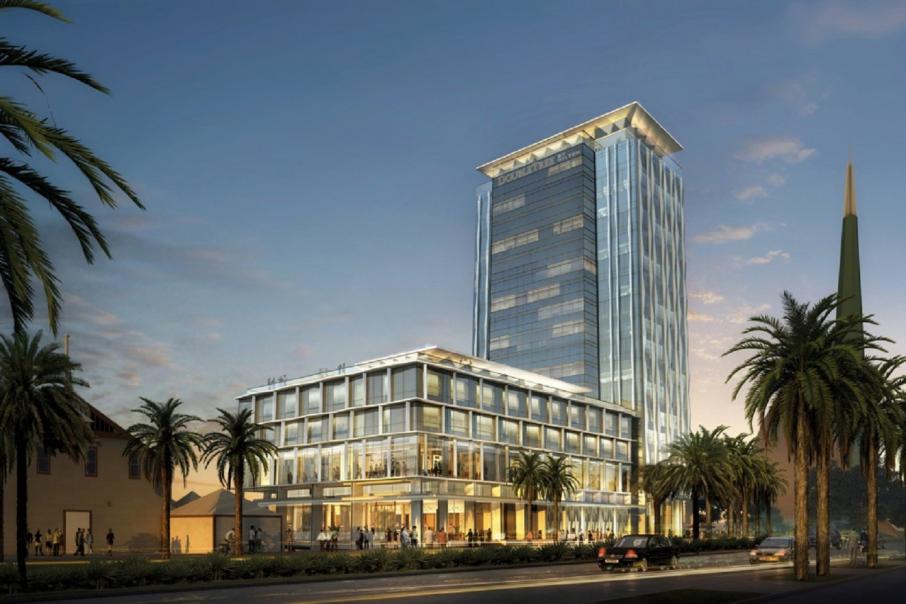 DoubleTree by Hilton Perth Waterfront is set to be complete by 2020.

Perth’s hotel construction boom is entering its final phases, as existing and new operators adjust to a market transformed by the largest pipeline of development in Western Australian history.

A report from the Tourism Council WA has revealed Perth has developed an unprecedented number of new hotels in the past five years, with 16 new hotels and almost 2,500 rooms constructed.

However, Perth could have reached the end of its hotel boom, with no new construction starting in the past 12 months, according to the report.

Tourism Council WA chief executive Evan Hall said since 2012 the number of hotel rooms in Perth has increased by 37 per cent.

“For every new hotel built, the case for the next hotel to begin construction lessens. In the past year, no hotel has moved from development approval to construction, indicating Perth could be reaching the end to its almost decade-long hotel boom,” he said.

The report stated Perth is expected to welcome a further 1,500 new hotel rooms by the end of 2020 at properties including the Ritz-Carlton Perth, Accor’s yet-to-be-named Art Series branded hotel and DoubleTree by Hilton Perth Waterfront.

However, existing development approvals for future hotels are not progressing to the construction phase.

Peritas' 150-room Mantra Hotel at 195 Hay Street is the only hotel that has submitted a building permit for construction.

Mr Hall said demand needs to grow in order to meet the increased supply and maximise private investment of more than $1 billion in hotels.

“In order to drive demand for hotel rooms, the number of visitors must also increase accordingly,” he said.