A Manjimup farm business’s $2 million-plus processing facility has become the latest in a string of horticultural investments around the state. 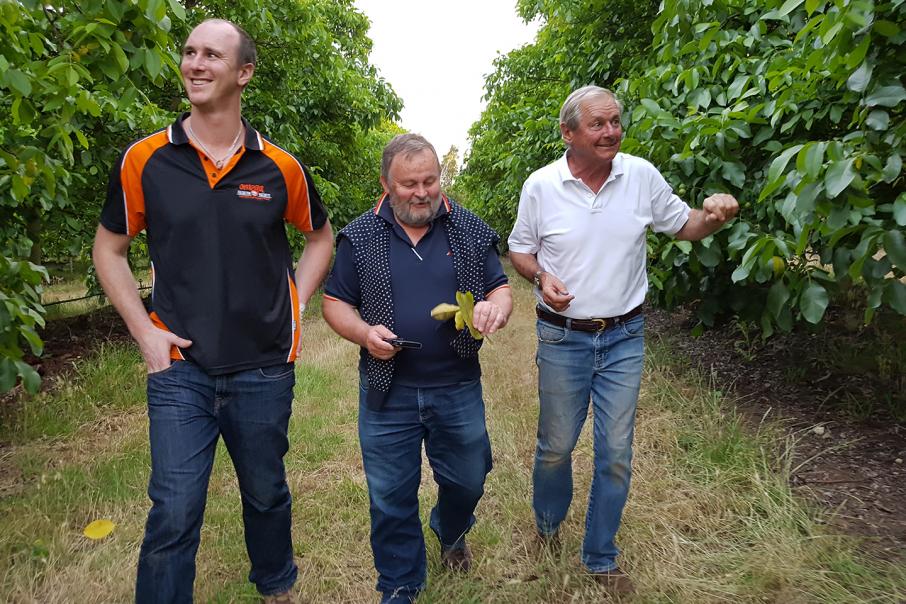 Omega Walnuts director David Williams planned to establish a timber plantation on farmland he bought in Nannup nearly two decades ago, however, zoning restrictions ruled this out and he started researching options for another crop.

“We really fell into it (walnuts) by accident,” Mr Williams told Business News.

“We were going to put trees for timber… the zoning didn’t allow us to have a plantation but it allowed us to have orchards.

“As a food it’s extremely good for you from a health point of view.”

The businessman, who also owns Steves in Nedlands, co-said he convinced friends to invest with him at a second, larger farm in Manjimup, which opened in 2008.

The Manjimup farm has around 20,000 trees, about 10 times the number at Nannup.

“We just had to keep expanding,” Mr Williams said.

About 15 years since the first orchard was planted, the business has now opened a $2 million-plus packing facility in Manjimup as it targets sales into both the local and Asian markets.

Mr Williams said about $11 million had been invested across the processing facility and two farms.

Both Singapore and Japan are key export targets, with about 100 tonnes projected to be produced next year and up to 350t in future years as more trees mature.

Mr Williams said even European markets such as Italy, which is a big exporter of walnuts, could be sources of demand.

That was because their seasons were countercyclical to Australian producers, he said, with most grown for September or October.

Australian walnuts are produced around May.

Around 94 per cent of global walnut production was grown in the Northern Hemisphere, Mr William said, but other countries in the south had begun taking a crack at the market, with Chile one major example.

One example was Moora Citrus, which opened a new $7 million packshed facility in November.

Speaking at the opening, joint-owner Shane Kay said the move had been driven by a need to cater for increasing orchard production, while growing regions north of Perth had had a shortfall of packing capacity.

He said the facility would target the domestic market first, while it would also be able to deliver for export to overseas markets.

WA was expected to grow citrus exports from 500t in 2015 to 6,000t by 2018, according to the Department of Primary Industries and Regional Development, partly bolstered by the new facility.

The plant features quick-freeze and high-pressure processing technology, which can be used in making smoothies and producing baby formula.

Baby formula has been marketed under the Born Pure brand, while chocolate and avocado smoothies have been sold at Woolworths in Australia and shipped overseas to Singapore and Japan.

Fruit West Cooperative, which is managing the commercialisation of the Bravo apples, received a $440,000 government grant to support export market development.

Kimberley received $500,000 earlier this month and will double its footprint to around 150 hectares, with production to grow by around 5 million bananas annually.

Two businesses won support from the Coles scheme in 2015, with Harvey Citrus granted $500,000 to lift output.

That was to expand lime production by 800 per cent and mid-season mandarin supplies by 150 per cent.

The business, which which has been supplying Coles since the 1980s, purchased additional acreage to plant around 9,000 new trees.

Further opportunities could be in the pipeline, with state government grants of $4.5 million awarded in July for food business commercialisation, while in December, $500,000 of grants opened for projects focused on processing of potatoes.