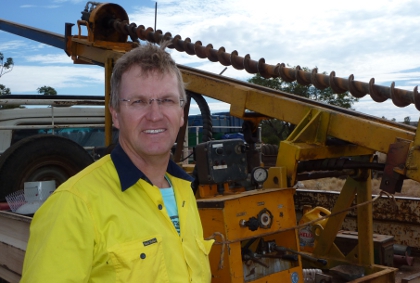 Shares in Horseshoe Metals are skyrocketing after the junior explorer announced significant copper hits from drilling activities at the Horseshoe Lights project near Meekatharra.

Horseshoe said it an updated mineral resource estimate would be completed once the drilling program and analysis of results was completed.

A preliminary feasibility study would then follow, the company said.

The Horseshoe Lights project includes a historic open pit, which operated intermittently between 1946 and 1994, producing more than 300,000 ounces of gold and 54,000 tonnes of copper.

No exploratory drilling had been taken out at Horseshoe Lights since the 1990’s, prior to Horseshoe’s 2010/2011 program.

Horseshoe also announced today it would kick off RC drilling at its nearby Kumarina copper project in early September.

The Kumarina deposits were first discovered in 1913, and worked intermittently until 1973.

Horseshoe last performed exploratory drilling at the deposit’s Rinaldi prospect in the December quarter in 2011.