OPINION: It will be every state for itself when the Productivity Commission’s report into the GST distribution is released in January. 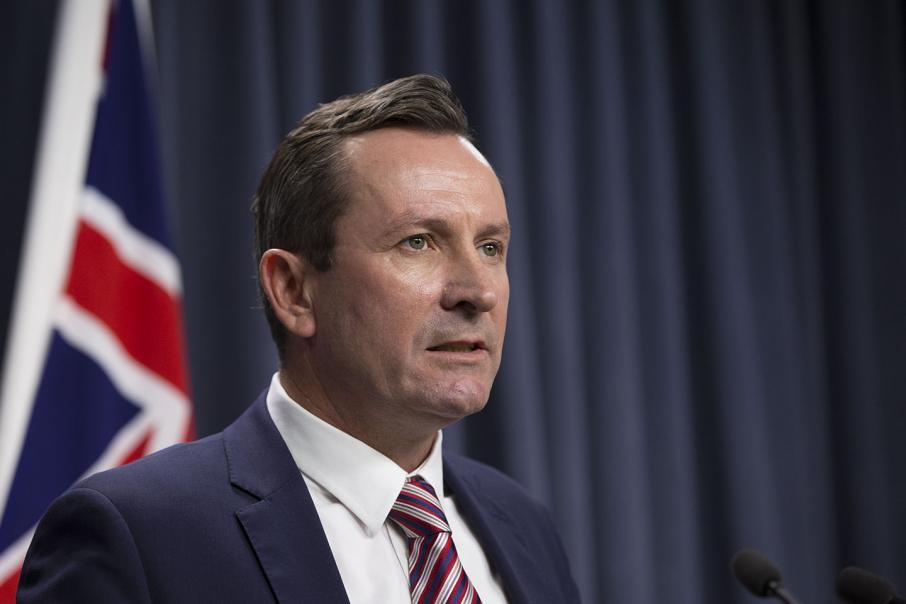 Mark McGowan has maintained the pressure on the Turnbull government and federal Labor for changes to the GST carve-up. Photo: Attila Csaszar

The Productivity Commission’s draft report has done more than provide Western Australia with a glimmer of hope for a better deal on the GST; it has also pointed the finger at where responsibility lies for the state being in such a dire financial position.

Both former premier Colin Barnett and the incumbent, Mark McGowan, along with their respective treasurers, have consistently blamed the state’s record debt and deficit on the paltry return the state gets for its GST contributions.

WA’s current financial malaise was run up on Mr Barnett’s watch, and Mr McGowan inherited the problem after Labor’s slashing win at the March election.

As the state economy deteriorated in the final years of the Barnett government, which appeared incapable of stemming the haemorrhage, it became apparent that national politics would be a barrier to any solution. A better deal for WA would be at the expense of other states, and some decision makers in Canberra love the nation’s geography – Perth is out of sight and out of mind.

However, full marks go to Liberal Senator Dean Smith, who pressed for the GST issue to be sent to the Productivity Commission’s economists for an analysis of its overall impact on the nation’s economy.

The question is whether it makes good economic sense to take money from a state that develops its resources and hand it over to states that don’t. The practice gives a new meaning to the term ‘welfare state’. It’s now the welfare nation.

In fact the current system is an endorsement of those states that don’t develop their resources, whether it be through a ban on fracking or an ideological position on the merits of renewable energy versus coal. Instead, these states are happy to slide along on the money generated from WA’s booming mining economy, smugly producing balanced budgets.

In pointing to the shortcomings in the current redistribution formula, and noting the adverse impact on WA, the Productivity Commission also observed how the state had exacerbated the problem. Its economists studied past budgets, and came up with a cracker sentence from then treasurer Christian Porter’s 2011 speech, which, no doubt, he had hoped everyone had forgotten.

Those were the good old days. Before switching to the federal arena, Mr Porter proudly announced a surplus of $442 million for the 2010-11 budget, and then pointed to a slide in GST reimbursements. He (accurately) warned that, by 2014-15, WA would get back about 33 per cent of its population share. So the alarm bells were ringing, but there was also complacency.

Then he added, hopefully: “What we reasonably anticipate is that in 2013-14 the (Commonwealth Grants Commission) will have brought in a new GST system. We expect it will produce a floor of about 75 per cent of our population share of the GST. Therefore we expect extra revenue of $1.8 billion in 2013-14 and $2.5 billion in 2014-15. These amounts will allow for reduced borrowings and will be used to progressively reduce existing debt to less than $18 billion while maintaining strong infrastructure investment.”

Presumably he didn’t make that up. There must have been a wink and a nod from Canberra (remember Labor was still in power there). And Mr Barnett used to refer to ‘my friend Kevin’ when talking about Kevin Rudd, although Mr Rudd seemed to have more friends outside the Labor Party than within.

However, Mr Porter wisely added a note of caution in his speech.

“If that change (a GST ‘floor’) does not occur in that year, the state government will then have no choice but to wind back infrastructure investments to decrease debt.”

While the Barnett government did wind things back, it was not nearly enough.

The commission noted pointedly: “Several inquiry participants have argued that Western Australia’s poor fiscal predicament is as much a product of the state’s own poor fiscal management. In per capita terms, that state’s total nominal expenses increased by 94 per cent, compared with 80 per cent for the rest of Australia from 2000 to 2015, and it went from being the second lowest paying state government to the second highest.”

So it’s not all one-way traffic on the GST issue. With the final report due in January, it will be every state for itself.