Honeymoon’s over for Labor

OPINION: The government is finding out the argument that ‘it’s the Liberals’ fault’ will only hold for so long. 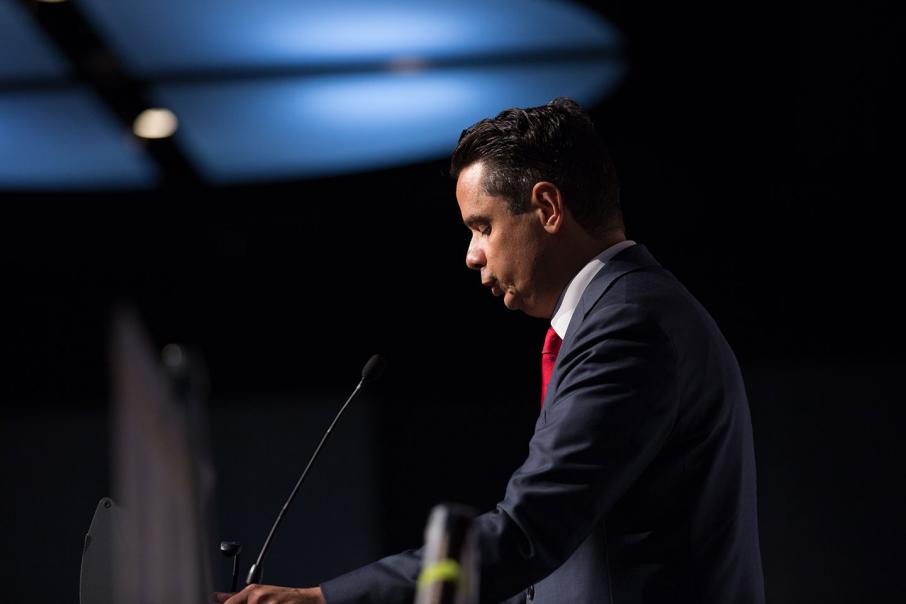 The unveiling of the latest increases in household fees and charges and the cutting of concessions for thousands of seniors cardholders marks the official end of the Labor government’s honeymoon period. From now on, it’s a hard slog.

Naturally, Treasurer Ben Wyatt blamed the severity of the imposts on the financial mess left to him by Liberal-Nationals alliance; that kind of reaction is par for the course when a new government gets its hands on the financial levers.

But the measures take a big bite – $438 a year – into the budgets of the average household, and it must be asked whether the extra revenue that results will be worth the political pain.

New governments usually come in with a wave of optimism. And while that has certainly applied to the fresh faces on the Labor team, these measures will strain the friendship.

Take the most significant increase, the 10.9 per cent slug on the fixed charge component for electricity bills, estimated to cost the average family an extra $169 a year. While the actual tariff is unchanged, this is clearly designed to compensate for the cut in revenue from the explosion in household solar panels.

Consumers who qualified for incentives from the Barnett government to install the panels have done very well, but Synergy’s revenue has taken a hit. So all households, including those with panels, will pay the increased fixed component.

This helps cover the cost of the poles and wires, which everyone uses, so the move is an attempt to ensure all consumers who rely on the grid pay their fair share.

Mr Wyatt tiptoed around the issue of seniors’ benefits. Public transport concessions will remain, but a means test will apply to benefits such as rebates for water service charges and local government rates. Seniors holding a Commonwealth concession card will get benefits of up to $600 for water and $750 for council rates. ‘Wealthy retirees’ will still get a rebate, but it will be slashed to $100.

The executive director of consulting group ACIL Allen, John Nicolaou, said the increased charges would impose a significant burden on households without a proportional improvement in the state’s financial position.

“Even though the impact of these measures on the state’s financial position is modest, it does demonstrate the extent to which the government is looking at every opportunity to reduce the state’s net debt,” he said.

The government must be careful here. While it is fair enough for Mr Wyatt to say every Western Australian needs to share the burden of repairing the state budget, presumably that rationale also applies on the spending side.

During the election campaign, Mark McGowan told COTA, a lobby group for seniors formerly known as Council on the Ageing: “We are mindful … that the general cost of living increases impacts most severely on seniors and self-funded retirees on fixed incomes. It is one of the reasons we oppose the sale of Western Power, as there is no guarantee ongoing concessions to seniors will be available.”

Hang on. Western Power hasn’t been sold. And concessions will still be cut. So what’s going on?

Simply put, Labor opposed the sale of Western Power because of union pressure. It is much easier for unions to recruit members and influence government decisions if key utilities are retained in public ownership. But the truth is that concessions were always more likely to be affordable from the billions of dollars generated if it had been sold.

And it is union pressure – this time from United Voice, which supports a big block of Labor MPs and whose secretary, Carolyn Smith, is Labor’s new state president – that explains the timing of the recent decision to recruit 300 teachers assistants at a cost of $46 million.

Arguments can always be mounted for improved resources in education. The announcement that 50 of the places will be earmarked for Aboriginal assistants is, on the surface, commendable. That area warrants special attention.

But in the interests of equity, the line must also be drawn at political patronage.

All eyes will be on September 7, when Mr Wyatt delivers his first budget. If the increased fees and charges are any guide, more political capital will be used up with further tough measures.

And you can only blame the previous lot for so long.