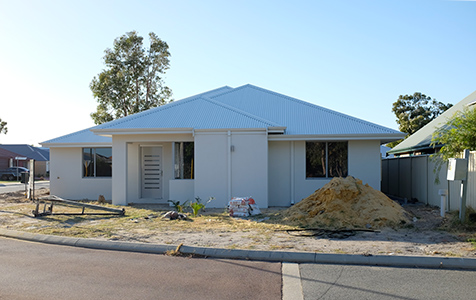 Another set of data on Perth’s median home values has shown prices remained largely steady in the month of June.

Based on the early figures, home prices in Perth have increased by 6 per cent for the year, REIWA said.

The data correlates largely with figures released yesterday by market analysts RP Data, which said the median house price in Perth was around $515,000 after rising by 1.2 per cent in June.

REIWA’s data showed a jump in listings to 10,872 properties at the end of June, an increase of 207 on the previous month and a rise of 805 on the quarter.

REIWA president David Airey said he expected the market to be steady until spring, because sales activity generally increased as the weather improved.

“There is enough confidence in this environment, along with a regime of low interest rates, to keep the market ticking over comfortably and with no great surprises.”

In the rental market, Perth median rents were unchanged in June at $450 per week, despite a 440 dwelling rise in the number of available properties.

REIWA said there were 5,825 homes available to rent in Perth at the end of June.

“However, the vacancy rate is steady at 4 per cent and typical rents are generally holding in price having come down by around $25/week on the same time last year,” Mr Airey said.

“Owners seem to have become used to the fact that it is taking longer to find tenants and agents are reporting that most owners are far more realistic about rent increases and keen to retain existing tenants.”