The Home Building Society Ltd brand could disappear as early as September next year after shareholders today voted in favour of its $600 million takeover offer from the Bank of Queensland Ltd.

The Home Building Society Ltd brand could disappear as early as September next year after shareholders today voted in favour of its $600 million takeover offer from the Bank of Queensland Ltd.

BoQ has committed to keep all "customer-facing" staff but said there would be a reduction of staff numbers at Perth's head office.

Mr Liddy met with Mr Wall after Home's annual general meeting, which included the shareholder vote on the takeover proposal.

He said Mr Wall had other things he wanted to pursue but would help BoQ over the coming weeks through the transition period.

The transaction is subject to court approval, which is expected next week.

The combined companies will have a market capitalisation of $2.7 billion, with Home shareholders owning about 20 per cent of BoQ.

Mr Liddy said the bank would likely be in a position in September to determine which brand it would continue to operate in WA - BoQ or Home.

BoQ had previously said it would run the two brands in WA for about 18 months.

He said the two brands would continue to expand in WA.

BoQ has 6 branches in WA while Home has 29, with one more expected to open in Armadale in December.

Mr Liddy said it was possible for BoQ to increase the combined branches from 35 to 50 but he would "not limit it to that".

He said the group would do market research to determine which brand name was best suited to the WA market but said having "bank" in the name was important.

But he said BoQ would continue to differentiate itself from the Australia's big four banking groups, mainly through its customer service and its owner business model, which allows some sites to be owned directly by the bank manager. 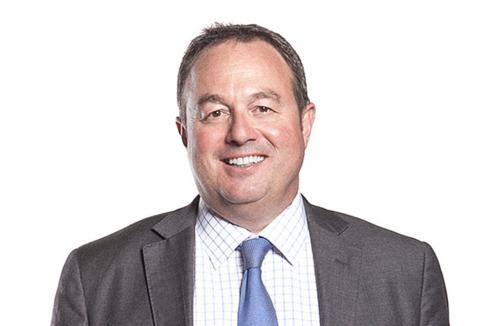 Cashies to bring in new CEO