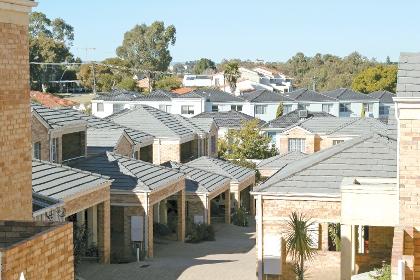 Sales of new homes rose significantly in Western Australia over February, a further sign pointing to a recovery in the sector, the Housing Industry Association says.

WA posted an increase of 12.8 per cent in new detached home sales in February, according to the HIA-JELD-WEN new home sales report, released today.

NSW experienced a rise of 5.3 per cent, Queensland a lift of 3.5 per cent while South Australia was up just 0.3 per cent.

The HIA said although the figures showed the greenshoots of recovery were taking root in Western Australia, there was still quite a way to go to make up for the losses over 2011.

New home sales in the 12 months to Feburary 2012 were 8.1 per cent lower than the previous 12 month period, the HIA said.

“We maintain our previous view for the improvements to continue, even if initially at a slower pace than the most recent experience,” the report said.

“This is good news for WA, particularly as it faces an accelerating rate of interstate and international migration in the midst of mining boom mark II.

“Still, policy reform will be key to learning from the fallout of the previous mining boom that saw housing supply just choke up in the face of the rocketing demand, and consequent rocketing prices.”

The result came after a 7.3 per cent drop in January, influenced by regional weakness, particularly in Victoria.

Detached house sales grew by 2.2 per cent, seasonally adjusted, in February, while multi-unit sales rose by 10.5 per cent.

In the three months to February, the total number of new home sales, seasonally adjusted, fell 5.6 per cent.

"Looking beyond just one month, there is much work to be done to see new home sales volumes back at healthy levels across the country," he said.

"In a contemporary economic environment where interest rate settings are too high, finance conditions persistently tight, consumer and business confidence too low, and plans to tighten fiscal policy inappropriate, it is hard to envisage a sustained recovery in new home sales in coming months.

"However, the beginning of a recovery seems evident in Western Australia, and the prospect of policy reform in New South Wales and Queensland increases the likelihood of a lift in new home sales volumes in these states through 2012/13."