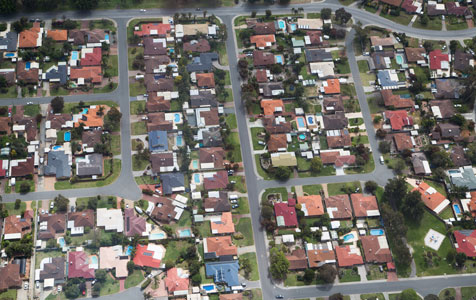 Demand for residential real estate in Perth is moderating, with the second set of figures released in a week suggesting price growth could have peaked for the time being.

The numbers closely correlated with Real Estate Institute of WA’s figures for August, released late last week, which showed Perth’s median home value was $540,000, but sales turnover was down 25 per cent over the past three months.

Nationally, RP Data said capital city home values rose 4.2 per cent over the three months of winter, driven by big gains in Sydney and Melbourne, of 5 per cent and 6.4 per cent, respectively.

The rise was the strongest capital gain over the corresponding three months since 2007.

RP Data research director Tim Lawless said he expected listings to rise over the coming month, which would provide a test for the market.

“Considering the ongoing high rate of auction clearance rates, a generally rapid rate of sale and the ongoing low interest rate environment, it’s likely that dwelling values rise even further over the next three months,” Mr Lawless said in regards to the national figures.

“Consumer confidence is also moving in the right director now after the post-budget slump which will add fuel to the exuberant buying and selling conditions we have seen during winter.”