Home owners holding on to property for longer 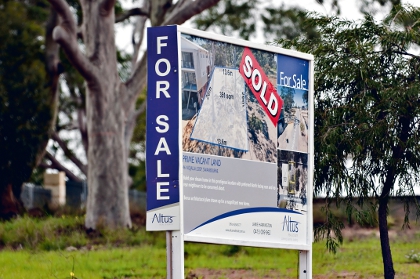 The slowdown in the property market means that home owners in Perth are holding onto their houses for an average of 8.2 years, nearly two-and-a-half years longer than used to be the norm.

Its a similar trend across the country, with home owners holding back from selling their properties in the hope of getting a better deal.

People are now sitting on their biggest investment for at least 25 per cent longer than they were a decade ago, figures released today by consultancy RP Data show.

The average length of ownership for houses, based on data on properties sold over the past year, was 9.3 years, and 8.2 years for units.

Ten years ago the average holding period for a house was 6.8 years, and for a unit 5.9 years.

In Perth, homeowners wait 8.2 years on average before selling their houses, compared with 5.8 years in 2007.

The holding period is much shorter in Port Heldand, where the average homeowner waits just 4.4 years before selling out.

Property owners in Melbourne, which has suffered a slump in prices in recent years, wait almost 11 years before selling their houses, the survey found.

Home prices across Australia's capital cities rose 0.3 per cent in February, the second consecutive monthly increase following a 1.2 per cent rise in January.

RP Data said the average holding period for houses and units remained relatively static until late 2005 and increased after this time.

The company's analyst Cameron Kusher said the increase in holding periods was logical when measured against a decline in sales.

"As a result, transaction costs such as agent commissions and stamp duty have also increased," Mr Kusher said.

"Clearly, there is no incentive for home owners to move more frequently."

Higher stamp duty in Victoria also acted as a disincentive for selling and repurchasing homes.

High home values in capital cities have also contributed to the lack of movement.