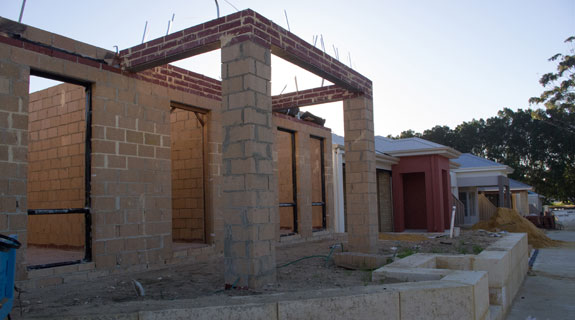 Loans for new houses have fallen to their lowest level for three and a half years, another sign of slowdown in Western Australia’s home building sector.

The total number of loans for houses approved in May in WA was 6,462, according to seasonally adjusted figures from the Australian Bureau of Statistics.

That was the lowest number of approvals since December 2011, when there were 6,274 home loans approved.

Month on month, home loans in WA were down 5.2 per cent, the ABS said.

Since February, loans for new houses have been largely flat, but the ABS said today the number of commitments had taken another sharp plunge, nearly mirroring to 5.6 per cent fall recorded in January.

The total value of the home loans was down too, falling to $2.23 billion, which is the lowest figure recorded since August 2013, when $2.2 billion worth of loans were approved.

Nationally, the total value of home loans was down 3.2 per cent in May, however that level was still 11.5 per cent higher than the same time last year.

“The decline in May occurred despite the RBA’s reduction in the official cash rate to a fresh historic low of 2 per cent,” Ms Hopkins said.

“Nevertheless, the full effects of this reduction will take some time to fully wash through to private lending activity.

“It remains to be seen whether this latest cut will generate further momentum in lending for new dwelling construction.

“Currently the profile of dwelling-construction lending suggests that actual new home building activity might start to moderate over the short to medium term.”