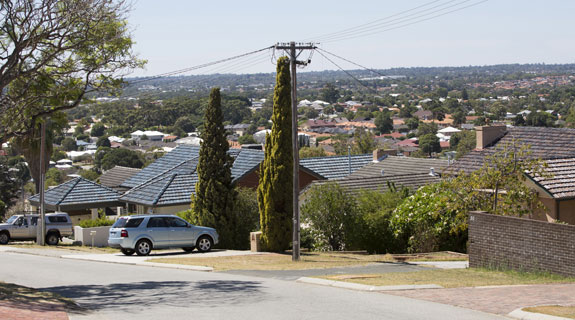 The number of loans for housing in Western Australia slid by 8.5 per cent in the first month of 2015, providing more evidence of cooling in the residential property sector.

Data released today by the Australian Bureau of Statistics showed there were 7,151 loans for housing by owner occupiers approved in January, down from 7,836 in December, in seasonally adjusted terms.

The total value of loans was down to $2.33 billion at the end of January in WA, the ABS said, down from $2.47 billion in December.

The figures followed statistics released by the Real Estate Institute of WA earlier this week, which showed sales for Perth houses were continuing a downward trend and were 16 per cent lower than at the same time last year.

Nationally, loans for owner occupiers for the construction and purchase of homes were down 5.3 per cent, while lending to investors marginally increased over January.

HIA economist Geordan Murray said the number of loans for owner occupiers was 7.3 per cent weaker compared with the same time last year.

“It is too early to determine whether APRA’s communication has had an impact in January.

“It will be interesting to observe the lending figures over the next few months to see how lenders respond.

“It is important that the new home building sector is not pushed back into a credit squeeze whereby a lack of readily available finance becomes an industry-wide problem.”