Home approvals, sales and values down in 2015 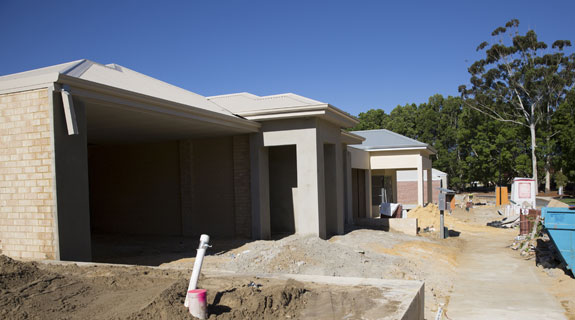 Western Australia’s residential property sector has had a rough start to 2015, with building approvals on the way down, new home sales slipping, and median house prices continuing a slow decline, according to new data.

The Australian Bureau of Statistics released its building approvals figures today, which fell by 11.6 per cent in January, on seasonally adjusted terms.

The ABS said there were 2,437 homes approved for construction in WA, seasonally adjusted, down from 2,757 in December.

Last year, the peak for building approvals was 3,103 in July.

Since then, approvals had been largely steady, ranging between around 2,600 and 2,750, until the 11 per cent fall in January.

Meanwhile, the Housing Industry Association said private home sales fell by 4 per cent in January, however, in the three months to the end of January sales were 10.3 per cent higher than in the same quarter last year.

“It is our view that new house building activity in the current 2014/15 fiscal year will turn out to be lower than in previous years,” the HIA said.

Home values are also on the nose, according to the CoreLogic-RP Data home value index, with Perth’s median house price down 2.2 per cent in February and 0.9 per cent over the last quarter, to $510,000.

The Perth median is just 0.6 per cent above what it was 12 months ago, CoreLogic RP Data said.

Meanwhile, across all capital cities median home values were up 0.3 per cent in February, for an 8.3 per cent year-on-year gain.

Sydney remains the standout performer, with home values up 13.7 per cent over the last year, while Melbourne values were 7.4 per cent higher.

“We might not see the lower interest rate environment stimulate the housing market as much as it has in the past,” Mr Lawless said.

“Weaker jobs growth, higher unemployment, declining affordability, low rental yields and political uncertainty are all factors that could dent consumer confidence and provide some counter balance to the rate cuts and quell any additional market exuberance.”