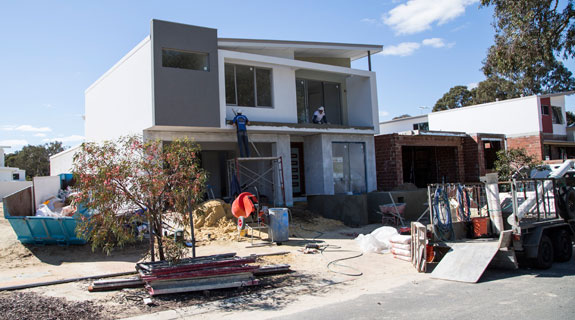 The ABS said there were 1,985 detached houses approved to be built in November.

Building approvals rose 1.2 per cent in Western Australia in November, according to seasonally-adjusted figures from the Australian Bureau of Statistics, contributing to national approvals reaching the highest monthly level on record.

The ABS stats showed there were a total of 2,746 homes approved for construction in WA over the month, with 1,985 being detached houses.

In WA, it was the fourth consecutive month that home approvals increased, after 2014's peak of 3,115 was reached in July.

The previous highest mark for monthly building approvals Australia-wide was 17.755 in August 1994.

Housing Industry Association senior economist Shane Garrett said the main driver of the growth was the multi-unit segment, which rose by 18 per cent in November, compared to previous 12 months.

Over the same period, detached home approvals were up by 3.6 per cent.

“Residential construction was the economy’s good news story during 2014, and today’s figures indicate that we can look forward to another positive year for the industry,” Mr Garrett said.

“The fact that approvals hit an all-time high during November augers very well for the pipeline of residential construction work in 2015.

In other states, Victorian building approvals were up 19.5 per cent, leading the nation, while Tasmania was up 8.2 per cent and Queensland 5.7 per cent.

Home approvals declined by 1.4 per cent in New South Wales and 16.3 per cent in South Australia.