An exhibition opening and new book have provided an insight to a selection of works from the private collection of arts advocate, philanthropist and Perth businesswoman, Janet Holmes a Court. 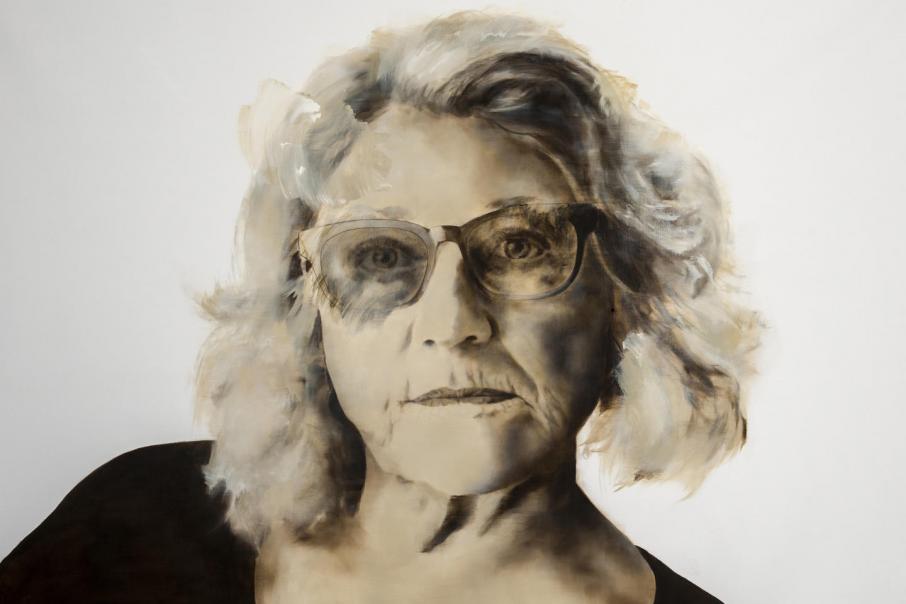 The Janet Holmes a Court (detail) oil and pencil on linen by Rachel Coad (2015), is part of the collection on display.

An exhibition opening and new book have provided an insight to a selection of works from the private collection of arts advocate, philanthropist and Perth businesswoman, Janet Holmes à Court.

The free exhibition, ‘Scratching the Surface: A selection of works from the Janet Homes à Court Collection’, opened last month and displays works that trace how one of the most acclaimed private collections of Australian art was built – from the 1960s, when Mrs Holmes à Court and her husband, Robert, purchased their first works, to 2017.

MUSE: A journey through an Art Collection, a new book written by Mrs Holmes à Court and printed by UWA Publishing, was launched at the exhibition last Friday and features 150 pieces from her collection of more than 5,000 artworks, as well as a commentary on the works and an accompanying soundtrack.

Sharon Tassicker, who curated both the exhibition and works included in the book, said they provided a small window into the heart and mind of Mrs Holmes à Court.

“We knew we could only scratch the surface,” Ms Tassicker said.

“Perhaps just enough to give a sense of what the collection is made of and what its abiding interests are – Australian landscape and culture, Australian history and people, and Australian artists.”