WA’s objections to the draft national curriculum speak to political priorities beyond the history wars. 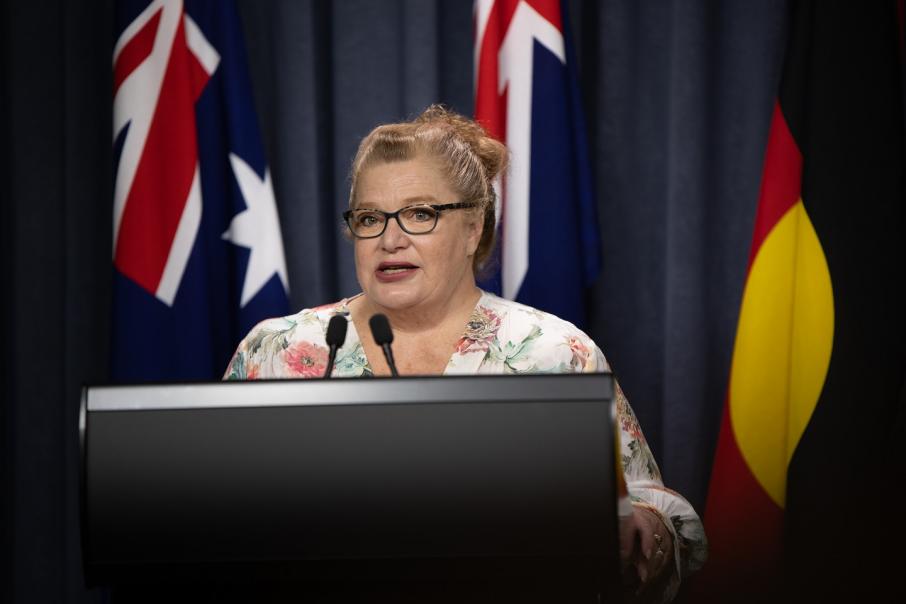 Sue Ellery is coming up on her sixth year as education minister. Photo: David Henry

Alan Tudge left no doubt regarding his view of the Australian Curriculum, Assessment and Reporting Authority’s draft national curriculum, released a year ago next month, as it pertained to the nation’s history.

In a media blitz in late October, Mr Tudge framed his criticisms of the document in social terms, arguing there was no need to debate the merits of Anzac Day and praising Geoffrey Blainey, a prominent conservative figure in the so-called ‘history wars’ of the 1990s, as Australia’s “greatest living historian”.

And while briefings on subsequent revisions changed Mr Tudge’s assessment of the curriculum from a fail to a passing grade, the decidedly less contentious matter of mathematics continued to bother Mr Tudge.

Quizzed on morning talkback radio in Canberra late last year, the former education minister wondered aloud why ACARA had suggested multiplication tables and phonics be left until year three, when countries such as Singapore began those lessons for children in their equivalent year two classrooms.

That stance has largely been echoed by Stuart Robert, who has taken on Mr Tudge’s role in an acting capacity while allegations of bullying levelled against him by former staffer Rachelle Miller are investigated.

“My argument is, if those countries can start them earlier, why shouldn’t Australians, given that we’ve actually declined in our maths standards over all over the last 20 years?” Mr Tudge said.

“And so, we do need to be lifting it up again.”

It is hard to see why ACARA has made that suggestion, largely because the revised draft hasn’t been released for public consultation and knowledge of its contents has been pieced together with public comments from the federal and state education ministers.

In the main, though, Mr Tudge’s criticisms aren’t without merit, given Australia’s mathematics performance, as measured by Programme for International Student Assessment testing, is only a notch above the OECD average.

That’s well behind the likes of Japan, South Korea and Estonia, which are the leading countries on numeracy skills, as well as an underperformance compared with Australia’s mean score on reading and science.

And while last year’s NAPLAN results appear to show WA students are steadily improving in maths classes, with the state’s year nine cohort performing above the national average, the state government has, like the federal government, repeatedly promoted the value of a STEM education in navigating the jobs market.

That was evidenced last year when, ahead of a state election in which it steamrolled the opposition, Labor pledged millions of dollars to STEM-adjacent TAFE courses.

Indeed, the state government’s prioritisation of maths was further borne out when Education Minister Sue Ellery had, according to several reports from Nine Entertainment-affiliated outlets, shared the federal government’s concerns with how mathematics is treated in the draft curriculum, particularly in relation to history’s prominence and an emphasis on inquiry-based learning.

No other state or territory appears to have voiced concerns with these subjects, with Victoria even blaming the federal government for the delay in implementation.

At present, Australia’s revised national curriculum won’t be agreed upon until some stage next month, when education ministers again meet amid a federal election that must be called before May.

Whatever impact that has on WA remains to be seen, though, given the states and territories are given a somewhat free hand to write and implement their own curriculums where suitable.

Ms Ellery made this point when approached for comment by Business News, indicating the state government’s concerns about the draft document were based on wanting to ensure students had the time to adequality learn and master key mathematics concepts.

“We want to make sure that material is learned in an order that gives students the foundation they need to move on to the next level and become competent in additional concepts,” Ms Ellery said.

“Our position is based on extensive consultation with a range of experts: 1,800 practising teachers and key education stakeholders.

“I expect any issues to be resolved before the April meeting.”