First-time entrant and Wongutha-Yamatji artist Meyne Wyatt has been awarded the Archibald Packing Room Prize for his self-portrait, Meyne. 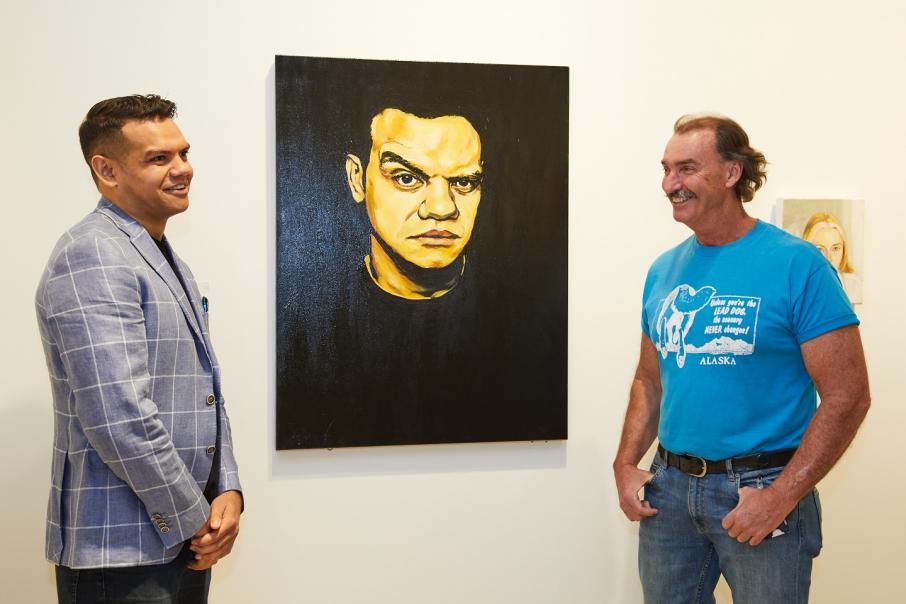 First-time entrant and Wongutha-Yamatji artist Meyne Wyatt has been awarded the Archibald Packing Room Prize for his self-portrait, Meyne.

Mr Wyatt is the first indigenous artist to win any of the prizes on offer in the award’s 99-year history.

The Packing Room Prize is awarded by gallery staff who receive, unpack and hang the entries in the famous portrait competition.

Art Gallery of New South Wales head packer Brett Cuthbertson has worked at the gallery for 39 years and holds 52 per cent of the vote for the prize.

Mr Cuthbertson said he had been known to say that artists who enter a self-portrait have no hope of winning the Packing Room Prize, but he made an exception because Mr Wyatt was both an artist and a celebrity on Australian television.

A well-known actor, Mr Wyatt made headlines earlier this year after he performed a monologue from his play City of Gold on ABC’s Q&A.

“When Meyne came into the gallery to deliver his entry he said he hadn’t painted in some time and the work was just a COVID project,” Mr Cuthbertson said.

“I loved the story and was really impressed with the result.”

Mr Wyatt said he was still in a state of shock after finding out about the win.

“Being a finalist for the Archibald Prize was a pipe dream, let alone being awarded the Packing Room Prize,” he said.

“I am absolutely ecstatic and truly humbled by this wonderful honour.”

Mr Wyatt said he entered the prize after his mother Susan Wyatt, who was an Archibald Prize finalist, told him to enter.

“I want to thank the Art Gallery of New South Wales, their staff, Brett Cuthbertson and the packing room team,” he said.

“Most of all I want to thank my mum, who encouraged me to enter the Archibald Prize in the first place and gave me the courage to be so bold.

“In a way, that is the essence of the painting and what it reflects – to be bold.”

Western Australian artist Charlene Carrington was also announced as a finalist in the Archibald Prize today.