Whether Premier Colin Barnett stays or goes is a political decision, but it would be unwise for anyone to imagine that a change at the top of government will not have a significant effect on the way business is conducted in Western Australia. 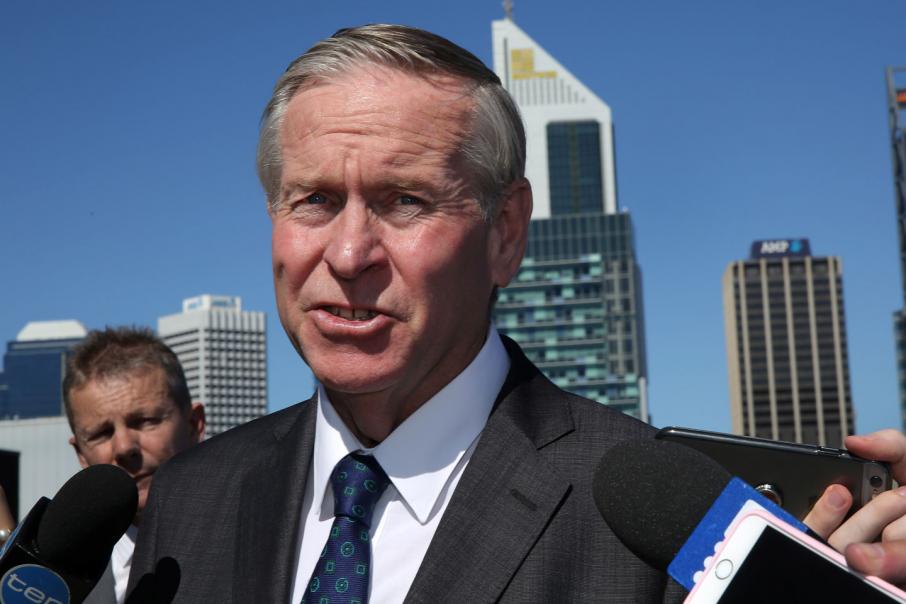 Expect change to the way things are done in WA, whenever Colin Barnett leaves politics.

Whether Premier Colin Barnett stays or goes is a political decision, but it would be unwise for anyone to imagine that a change at the top of government will not have a significant effect on the way business is conducted in Western Australia.

The reason for linking business with politics, a mix that always produces problems, is that the challenge to Mr Barnett is a direct result of the statewide economic slowdown following the end of the resources boom.

Falling revenue, especially from iron ore royalties and stamp duty on property transactions, has delivered a savage hit to the WA budget, forcing a cutback in capital spending and a reduction in government services.

The flow-on effect of tighter financial conditions has made the government unpopular and the Labor opposition look more attractive, a recipe guaranteed to upset backbench members of the government worried about retaining their seats.

Some business people share the views of the backbench and are also critical of recent government decisions, triggering a behind-the-scenes push to force Mr Barnett out.

But this is where the situation gets particularly interesting, for two reasons – one ancient and one modern.

The modern problem is that getting rid of a leader is not the difficult bit; finding a decent replacement is.

So far the anti-Barnett push seems to be all about the man’s personality, which can be abrupt and somewhat intolerant – traits I have observed for the best part of 40 years, having first encountered him when he was working at the Perth Chamber of Commerce.

Being abrupt and intolerant might not be useful if politics is your profession, but it does not mean that you’re not good at your job; quite the opposite, really, because saying ‘no’ to backbenchers and business people with development plans can often be in the state’s interest.

Mr Barnett, it seems, has said ‘no’ to quite a few people, which is why he is under pressure to resign despite the absence of a natural successor.

The ancient problem, if you can describe events of 33 years ago as ancient, is that political change, caused in part by an economic downturn, can lead to more trouble than many people expect.

Back in 1983 there was a significant political change in WA (and the rest of Australia) caused in part by a slump in the resources sector that was directly linked to a global recession and followed by the savings and loan crisis in the US in the mid-1980s (a precursor to the 1987 stock market crash).

The result of those political changes had mixed results. Mr Hawke led a reasonably competent government, while Burke did not.

The lessons of the Burke years should not be lost on anyone, especially the way business and politics became entangled – sometimes for the best of reasons but with terrible consequences.

Popular in his early years, Burke believed he could make business decisions that would work to the advantage of the state, which is why he sponsored the ill-fated WA Diamond Trust, led by Laurie Connell and Alan Bond, and then supported Robert Holmes a Court’s attempt to takeover BHP (before it merged with Billiton).

There is no suggestion that whoever replaces Mr Barnett in the short term, or almost certainly after the next election, will make the same mistakes as Burke did by getting too close to business.

However there are parallels in today’s circumstances and those of 1983, with the broader economic background remarkably similar (as is the unrest caused by a slump in government finances and the prospect of significant political change).

In 1982, and for the first two months 1983, WA’s premier was the Liberal leader Ray O’Connor, a populist who struggled to deal with the harsh business reality of a widespread economic downturn.

Backbenchers were unhappy with Mr O’Connor, as was the electorate, which created a climate for the election of the Burke government and the disastrous outcome of its efforts to mix business and politics that resulted.

Today, the state is struggling with the aftershocks of the resources crash, including high levels of debt, sluggish growth and high unemployment, much like 1983.

To complete the comparison there is even a proposal to plunder a section of the business community, via the Nationals WA’s planned super-tax on iron ore production.

The scene has been set for a period of significant change, hopefully without the wild ride that followed the political shift from O’Connor to Burke and his business buddies.