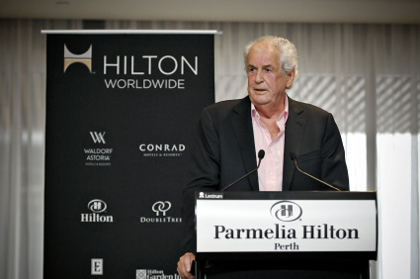 Hilton Worldwide has announced it will build a $65 million hotel in Karratha to service increased demand from both the mining sector and the local community.

The company has signed a management agreement with Ramtron Australia to build a Doubletree by Hilton hotel on Balmoral Road in Karratha.

The Doubletree brand is the Hilton’s four-star offering and will be the first of its type in Australasia.

Construction of the eight storey, 144 room hotel is set to be completed by mid-2014. Traditional construction techniques will be employed for the lower levels of the hotel, and modular construction for the upper levels.

The Ramtron consortium is led by local property developer Rothchester Hotel and Resorts, which has previously signalled plans for developments in both Margaret River and Perth.

Managing director of Rothchester Hotel and Resorts Ron Tundut said the project would ultimately employ about 100 full and part-time staff, and there would be a dedication to using local workers to fill the roles.

The Ramtron consortium also includes Karratha local Kim Loxton, who was involved in the purchase of the Tambrey Tavern earlier this year.

The Tambrey transaction included development approval for a further 298 rooms including a mix of 113 serviced apartments and 36 residential apartments.