The 229-room DoubleTree by Hilton Perth Waterfront has welcomed its first guests today, the latest project of several Hilton hotels under way or in the pipeline for Western Australia. 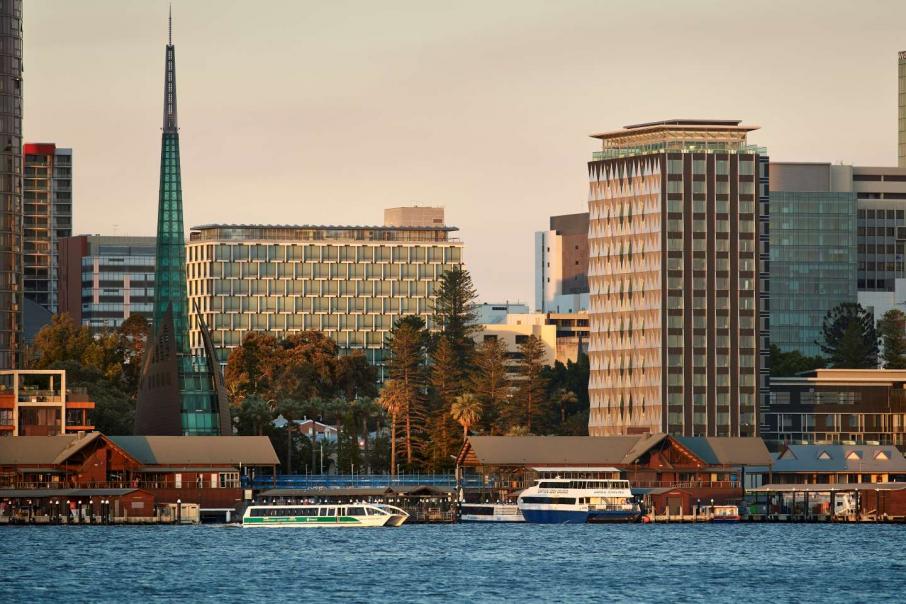 The 229-room DoubleTree by Hilton Perth Waterfront has welcomed its first guests today, the latest project of several Hilton hotels under way or in the pipeline for Western Australia.

The 18-level hotel is located opposite the Perth Bell Tower, with views of both the Swan River and Perth city.

Cutting the ribbon at an official opening ceremony this morning, Lord Mayor Basil Zempilas said the state’s recent opening of the borders to New South Wales and Victoria provided opportune timing for the new hotel.

“On behalf of the City of Perth, I congratulate all those who have played a part in the development of this world class hotel in the heart of Perth” Mr Zempilas said.

The hotel’s restaurant Reel Kitchen, is focused on showcasing fresh local produce and seafood, as well as WA wines.

Artwork by Sweden-born Fremantle-based artist Tom Muller features on the side of the building, a creation of triangles in various shades of blue, aiming to reflect the rhythm and waves of the Swan River.

DoubleTree by Hilton Perth Waterfront manager Tamer ElGhamry has more than 20 years of Hilton experience leading the team in opening the second DoubleTree hotel in Perth, following the completion of its Northbridge property, which opened in 2018.

Mr ElGhamry said DoubleTree was the fastest growing brand in the Hilton portfolio.

The group has another DoubleTree planned for Fremantle, with a series of Hilton Garden Inns planned for Cockburn, Albany, Busselton and Kalgoorlie Boulder.

Collectively, those developments are anticipated to create more than 450 new hotel rooms across the state, adding to a pipeline of WA hotel projects worth circa $500 million. 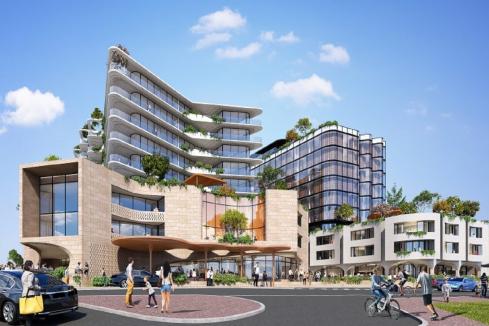