Hills group rises to the challenge 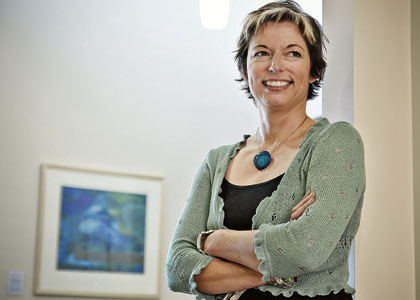 MISSION: Justine Colyer has been chief executive of Rise for 12 months and implemented its recent rebrand. Photo: Grant Currall

HAVING operated for three decades providing a range of community support services, Rise hopes a recent rebrand and planned expansion will increase its profile across the state.

Known for 30 years as the Hills Community Support Group and operating in Perth and the Wheatbelt, the organisation was in many ways a quiet achiever, working under the radar.

The name Rise was chosen to reflect the large geographical spread and diversity of the organisation’s services.

Rise now provides accommodation and support services to 2,000 clients each year, a diverse range of marginalised groups in society including youth at risk, frail older people, people with disabilities or mental health issues, and the carers of all the above.

“We wanted a name that included everything we do, everywhere we work and that is short and easy to remember,” Rise chief executive Justine Colyer told WA Business News.

“Rise really summed up everything we do – it’s about being positive, moving onwards and upwards, and being aspirational.”

A staff base of 350 employees and 100 volunteers deliver the organisation’s services, and while many community organisations tend to focus on one demographic or one marginalised group, Ms Colyer explained that Rise had a wide set of services for a reason.

“Diversity does bring its own benefits as well as its own challenges. What we find is that people very rarely fit into one box. They are not either older, or have a disability, or have a mental health issue,” she said.

“The people who come to us, we find we can often support them with another service as well, or because we work in those areas we know how to help them access those different types of support.

“For a lot of people, they are coping with three different issues in their lives and they don’t end up having to speak to three different groups, we can help them with all things in the one go.”

Rise takes a bottom-up approach to service growth, acting largely on the demand for services coming from its clients.

Ms Colyer pointed to examples of the development of a women’s refuge for those under the age of 18 escaping domestic violence and Spark of Life, a program for elderly clients with dementia that uses colour, sound and music therapies.

To deliver those services, Rise collaborates with multiple not-for-profit, government and private organisations, arrangements that range from informal agreements to memorandums of understanding and partnerships.

“Our track record is that we identify a need and then develop a service to cater for that need,” Ms Colyer said.

Ms Colyer oversaw the rebrand late last month, having been in the chief executive’s role at Rise for 12 months; but that’s not where her plans for developing the organization end.

She said the organisation had plenty of capacity for growth, and she was looking to consolidate existing services and build new ones.

A second focus for Rise was leadership and staff; the organisation has set in place above-award wages, professional development strategies and wellbeing programs to attract and retain staff and volunteers.

Governance was also a focus, and Ms Colyer said the organisation’s board, headed by chair and former WA Academy of Performing Arts executive Patrick Crichton, now had the capacity to develop strong strategic directions for Rise.