Oil and gas producer Woodside Petroleum achieved a 3 per cent lift in production in calendar 2016, although the company expects output to fall by up to 12 per cent in the year ahead. 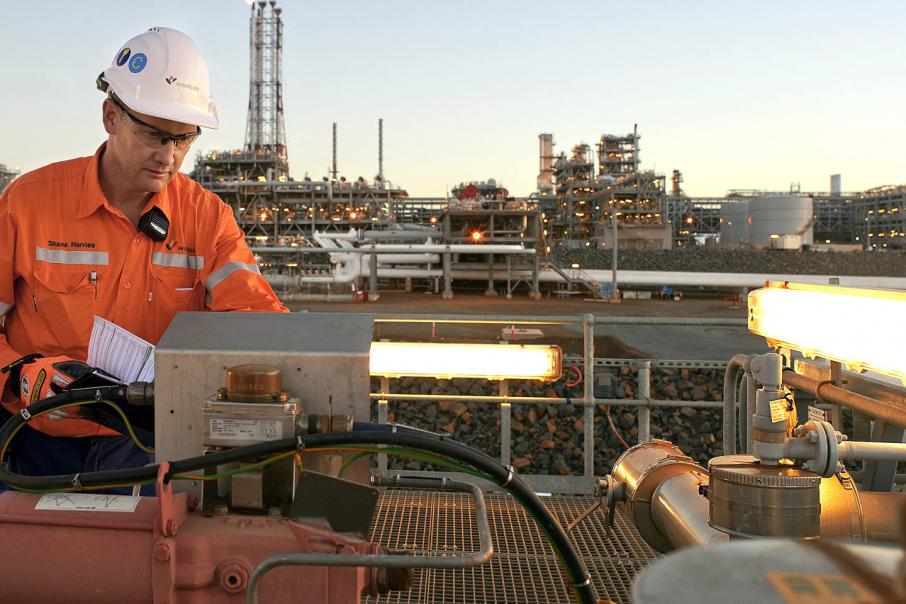 Oil and gas producer Woodside Petroleum achieved a 3 per cent lift in production in calendar 2016, although the company expects output to fall by up to 12 per cent in the year ahead.

The company's output was 94.9 million barrels of oil equivalent last year, with its 90 per cent portion of LNG produced at the Pluto facility near Karratha 4.5 million tonnes, up from 3.9mt in 2015.

The higher output at those two facilities helped boost the state's LNG shipments 16.2 per cent in 2016, according to revised numbers from consultancy EnergyQuest.

EnergyQuest estimated production from Chevron's Gorgon project was 2mt, and total WA shipments of 23.7mt for the year.

Woodside's revenue for the year was down, at $4.1 billion, compared with $5 billion in 2015, as lower oil prices washed through.

For 2017, production is forecast to be between 84-90mmboe, with the fall largely driven by a planned reduction in Woodside’s equity share of domestic gas sales from the North West Shelf Venture.

But the company’s expansion projects appear to be on course.

At Greater Western Flank-1, first gas was achieved at the Tidepole well in the final quarter of last year, as the project reached completion ahead of schedule.

Work at Greater Western Flank-2 was 33.4 per cent complete at the end of December, with the offshore drilling campaign commencing.

Persephone is expected to start-up production in the third quarter of this year, with progress 89.8 per cent complete and subsea installation under way.

And the Greater Enfield project is 8.6 per cent complete, Woodside said, and on schedule for first oil in mid-2019.

The Chevron-led Wheatstone project near Onslow is expected to produce first gas in the middle of this year, Woodside said.

There was a further bit of good news on sale prices, which moved higher in the quarter, with the company saying most of the benefit would flow through this year due to the lagged link between oil and LNG prices.

“Our business margins have improved through 2016 and our 2017 budget is free cash flow neutral at US$35 per barrel,” Mr Coleman said.

“Production performance has been outstanding, with the team consistently delivering world-class operational performance.

“The Wheatstone project is approaching LNG Train 1 construction completion, all modules are on-site and final hook-up and commissioning has commenced.

“We look forward to adding production from Wheatstone in the middle of this year.

“Wheatstone is a key component of our near-term growth strategy and will contribute more than 13 MMboe of annual production once both trains are fully operational.”