Shares in local gold miners have dominated on the ASX today after the spot price for the precious metal jumped by over 2 per cent overnight to $US1,203.30 an ounce 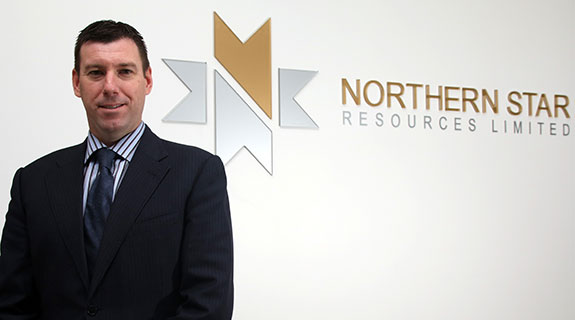 Shares in local gold miners have dominated on the ASX today after the spot price for the precious metal jumped by over 2 per cent overnight to $US1,203.30 an ounce

Five of the top 10 companies on the BNiQ list of gold miners with operations in WA experienced a boost in share prices.

Bill Beament's Northern Star Resources was the top player on the ASX’s highest gains list, adding 5.7 per cent to $2.21 a share at 1pm.

That was followed by Regis Resources in third with a 3.7 per cent increase to $1.26, with Newcrest Mining and Evolution Mining close behind, with a 3.3 per cent gain to $14.80 and a 4 per cent rise to $1.02 respectively.

Regis also announced it had produced 65,949oz at a cash cost of $936 per ounce in the March quarter, and forecast full-year production at around the bottom of its 2015 guidance range of 305,000oz.

The company said the increase in production looking ahead was expected to be primarily driven by improved throughput and recoveries currently being achieved at its Garden Well and Rosemont operations.

Shares in Silver Lake Resources were also firmer, adding 5.8 per cent to 18 cents each, while Perseus Mining shot up 5.4 per cent to 38.5 cents.

Ramelius Resources shares were more than 11 per cent higher to 15 cents a share, while Independence Group shares gained 1 per cent to $5.91.

Alacer Gold Corp shares also added 2 per cent to $2.95 each.