Perth's hotel development boom is continuing to gather steam, with plans submitted for a $30 million, 15-storey hotel to be built at 100 James Street in Northbridge. 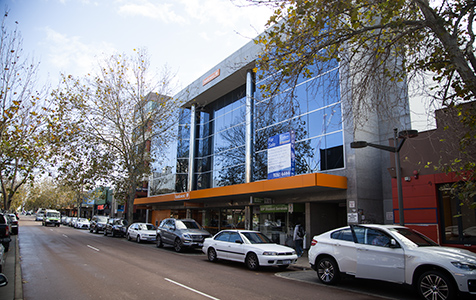 GOING UP?: Bankwest’s Northbridge branch is the subject of a 15-storey hotel proposal. Photo Attila Csaszar

Perth's hotel development boom continues to gather steam with plans submitted for a $30 million, 15-storey hotel to be built at 100 James Street in Northbridge.

It is understood the hotel will be the third DoubleTree by Hilton property to be constructed in Perth, after the announcement earlier this year of two projects – one on the Swan River waterfront in the CBD and the other in the east end of Fremantle.

Business News exclusively reported in March that the developer behind the Perth and Fremantle DoubleTree proposals, Malaysia-based property investment firm SKS Group, had plans for a Northbridge development.

The Northbridge plans, which include the addition of 12 floors to the existing building, currently anchor tenanted by Bankwest, have been submitted to the City of Perth development assessment panel for approval.

If it wins approval and is built, the project will rise 15 storeys above Northbridge and comprise 204 hotel rooms.

Assessment of the project has started, while a City of Perth spokesperson said advertising to adjoining property owners would soon be under way.

SKS Group, which is the Perth-based arm of Malaysia’s MB Group, recently closed the sale of the building from its vendor, Commonwealth Bank of Australia.

The building was advertised for sale for $17.7 million by Colliers International director of investment sales Ian Mickle.

However it is understood the sale, which is expected to settle in early August, came in below the $17.7 million asking price.

SKS Group, which would not comment on the project when queried by Business News, is spending $160 million developing the Perth and Fremantle hotels.

The Northbridge hotel, if approved by the DAP, will be the second significant new hotel project for the suburb, with construction continuing at Hotel Alex, a 74-room boutique development put forward by the team behind Little Creatures – Adrian Fini, Nic Trimboli, Howard Cearns, David Martin and Miles Hull.

The six-storey Hotel Alex is being constructed by Built, and is also being developed from the shell of a bank – the Northbridge branch of NAB.

Hotel Alex is expected to be complete early next year.

The two Northbridge hotels are part of a wave of new hotel proposals hitting Perth in 2014, facilitated by the state government’s hotel development incentives.

Earlier this year, international luxury hotel group Ritz Carlton confirmed it would develop its first property in Western Australia, at Elizabeth Quay, while BGC has partnered with Starwood Hotels to advance plans for a luxury Westin hotel at the former FESA headquarters at 480 Hay Street.

The properties are located at Adelaide Terrace, Kings Park Road and Mounts Bay Road in the inner city, while Quest is partnering with Sirona Capital on a project in Pakenham Street, Fremantle, and will also build a Quest hotel at Flinders Road in Rockingham.

Quest will have around 870 rooms in WA once the projects are completed.