Potential for a hydrogen industry in WA has been ignited in 2020, with at least 12 feasibility studies under way, while the federal government has announced $300 million to support the industry. 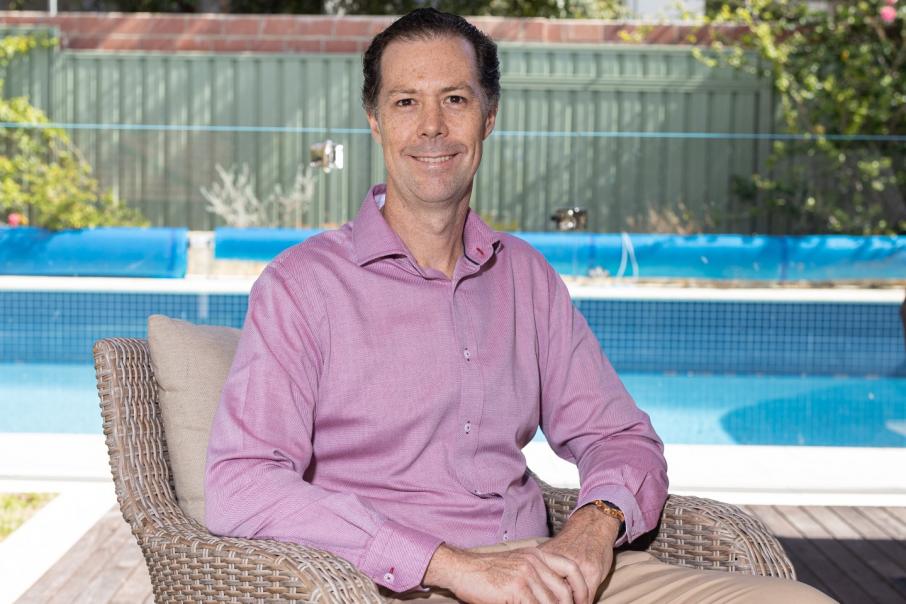 Potential for a hydrogen industry in WA has been ignited in 2020, with at least 12 feasibility studies under way, while the federal government has announced $300 million to support the industry.

The Clean Energy Finance Corporation was this week given a mandate to invest $300 million into the national hydrogen industry, adding to $70 million being released through the Australian Renewable Energy Agency.

CEFC chief executive Ian Learmonth said hydrogen could make a substantial contribution to the clean energy transition by reducing emissions across the economy while underpinning the development of both domestic and exporting industry.

"We are confident we can use our capital to help build investor confidence in the emerging hydrogen sector, which is an exciting extension of our investment focus.” 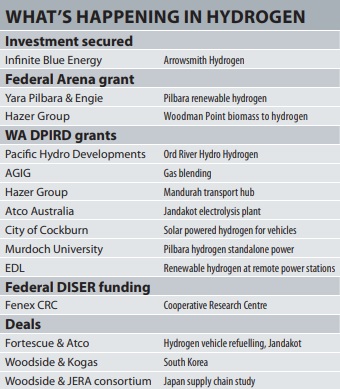 The Australian Petroleum Production and Exploration Association welcomed the announcement, and chief executive Andrew McConville said the natural gas industry was in a good position to support the development of commercial hydrogen.

The cost of producing renewable hydrogen will need to fall by a factor of four to be economic, according to energy expert Eric May, who is taking a lead role in making it happen.

Professor May is the Chevron chair in Gas Process Engineering at the University of Western Australia, and is serving as chief executive of the new Future Energy Exports Cooperative Research Centre.

The Fenex CRC received $40 million from the federal government in March, and will focus on improving the competitiveness of LNG and commercialising hydrogen.

Professor May told Business News he had started the journey with the CRC to help translate research into the real world.

He will lead the organisation through the establishment process at least, with former GE Australia chief executive Mary Hackett serving as chair.

Professor May said Australia was in a prime position to deliver a competitive hydrogen export industry.

“It’s not automatic, if it were it would have already happened,” he said. “There are technical challenges, it’s about driving the cost down.

“We’ve got the expertise and capability in Australia.”

While the cost of renewable powered hydrogen needed to fall to about a quarter of its current level, blue hydrogen, where the gas is sourced from natural gas or coal with carbon emissions stored, would need to halve in price.

Professor May said there were many losses of efficiency between a solar panel collecting energy and a final product of liquid hydrogen or ammonia. Fenex would be working to find and mitigate them, he said.

One example was that solar generation usually produced direct current electricity, rather than alternating current used to drive electrolysers to split water into hydrogen.

Getting rid of the need for that conversion would improve efficiency, Professor May said. He added that liquefaction of hydrogen currently cost about seven times the same process with natural gas. Liquefaction condenses a gas to a much smaller volume suitable for export on ships.

Natural gas requires a temperature of -160 degrees celsius, he said, while hydrogen needed to be cooled a further 80 degrees to turn into a liquid.

While the CRC was working on the technical aspects, political willpower would also be important, Professor May said.

He cited the example of the state government underwriting the early LNG industry in WA through the North West Shelf project, although modern challenges extend beyond the financial.

“Everyone sees hydrogen as good right now, but when you have a competing need for water it could be a problem,” Professor May said.

“If there’s a domestic hydrogen industry and suddenly we’re exporting, prices will rise like what happened with gas.”

The centre’s WA research contributors include the University of Western Australia and Curtin University.

Curtin dean of research (science and engineering) Craig Buckley will be the centre’s hydrogen lead, and will focus on turning biomass, or waste, into hydrogen, and storing hydrogen in metal hydrides as solid pellets for transport.

ASX-listed Hazer Group was created by a UWA researcher, and that company is working with Mineral Resources to produce hydrogen and graphite from iron ore and natural gas.

There has been a flurry of hydrogen announcements in 2020. The projects cover hydrogen’s potential for export and for domestic use, and include both hydrogen sourced from natural gas and hydrogen created by renewable powered electrolysis of water.

In January, the Department of Primary Industry and Regional Development allocated $1.7 million for feasibility work on seven projects.

Those were led by Pacific Hydro Australia Developments studying hydrogen production from a hydroelectric plant near Kununurra, and Australian Gas Infrastructure Group investigating hydrogen blending into the existing gas transmission and distribution networks.

Separately, Yara Pilbara secured $1 million to analyse the potential of renewable hydrogen in fertiliser in February, and Hazer Group received $9.4 million from the Australian Renewable Energy Agency for a biogas-to-hydrogen operation to be based at Woodman Point in September last year.

Meanwhile, Woodside Petroleum has signed deals with Japanese and South Korean energy companies to study feasibility to supply hydrogen to those countries.

In April, Infinite Blue Energy said it had secured $300 million of debt and equity investment from a consortium led by China Hydrogen for a renewable hydrogen plant in WA’s Mid West.