Sales across Perth’s new apartments market are on the rise, with larger apartments offering premium amenities emerging as best sellers. 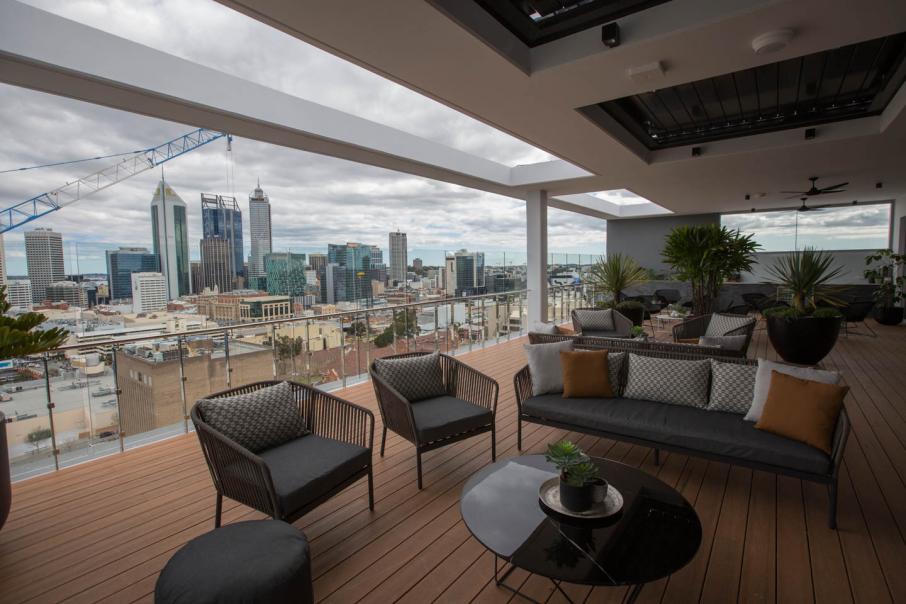 Sales across Perth’s new apartments market are on the rise, with larger apartments offering premium amenities emerging as best sellers.

Research by property consultant Urbis released yesterday has revealed an uptick in Perth’s apartment market during the June 2017 quarter, with sales increasing by 35 per cent from the previous quarter.

More than 340 apartments were sold during the period, with the western suburbs overtaking the inner city as the top-performing precinct based on percentage of sales.

This supports research generated by Bankwest last month that listed Claremont-Cottesloe as the fastest growing area in the country for apartments.

However, the Urbis research found there were plenty of buying opportunities in the pipeline, with 24 apartment projects ‘active’ in the inner city.

Fifty-four per cent of 3,140 apartments in these projects have been sold.

Comparatively, in the western suburbs, 74 per cent of the 994 apartments have sold from the 12 ‘active’ projects.

Urbis found there was also an appetite for three-bedroom plus apartments over the June quarter, producing the greatest increase in sales (up 13.5 per cent compared with 7.7 per cent in the previous quarter), with the weighted average sale price increasing by more than $100,000.

Apartment developer Blackburne redesigned its $80 million Oracle project on Stirling Street in Northbridge to include an additional three levels of three-bedroom penthouse offerings, due to demand. 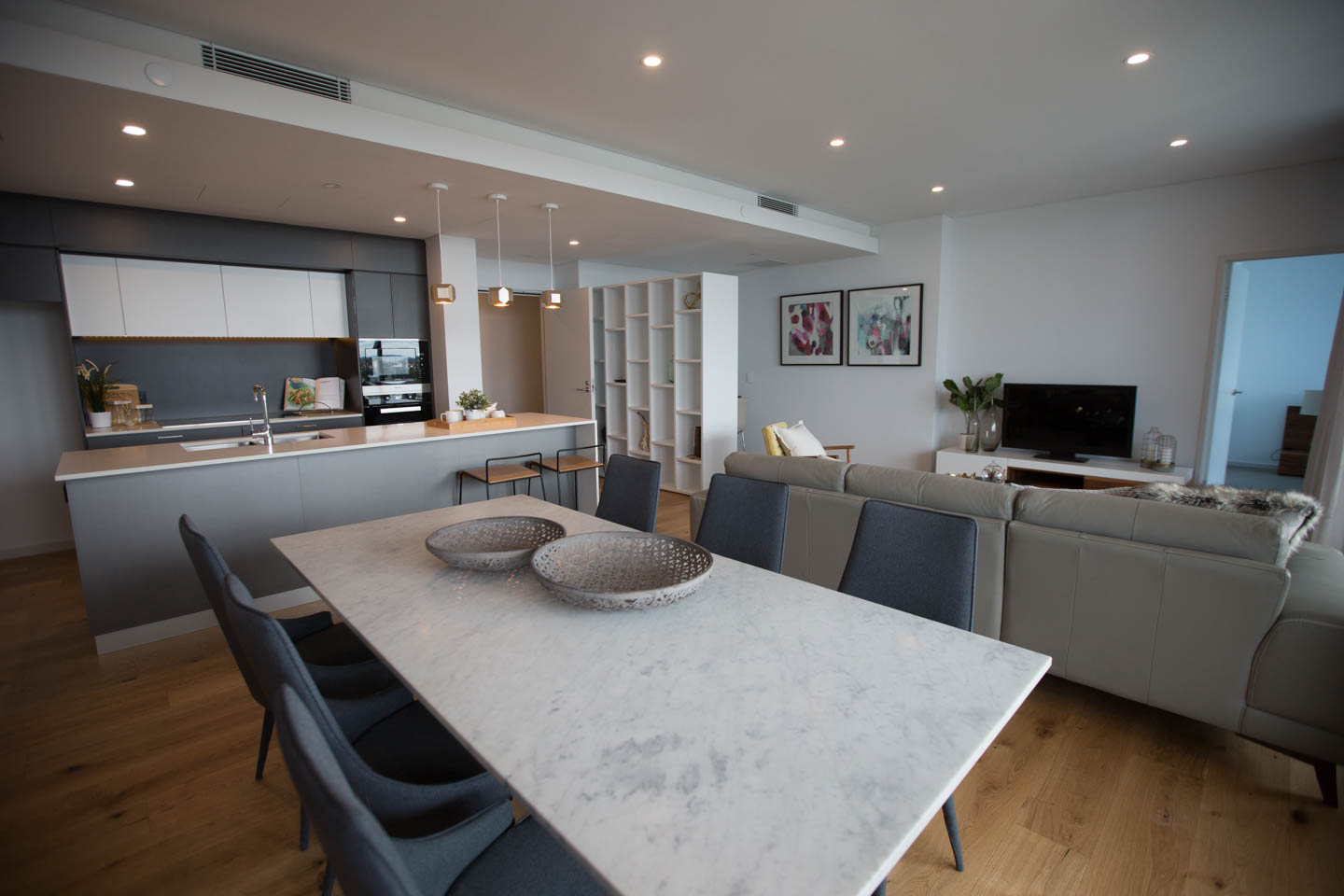 Inside one of Oracle's three-bedroom penthouse apartments.

Managing director Paul Blackburne said Oracle, which had recently completed construction two months in advance, had sold $60 million of apartments (around 100 of a total 130), prior to completion, largely to owner-occupiers.

“And we have another $100 million in construction that are almost all sold out.

“There is a real two-speed market; the demand for that lower-grade investment and low-quality stock is almost non-existent.

“But there is an undersupply of high-quality, affordable, owner-occupier focused product, particularly close to the city. Oracle meets that brief.”

Blackburne had also invested $2 million in common facilities at Oracle, which included a rooftop sky garden with a private dining room, theatre and outdoor entertainment area, and a wellness hub featuring a gym, sauna, pool and yoga room.

“Construction costs have come down, and rather than take that as profit, we wanted to make sure we over delivered on the quality of the building,” Mr Blackburne said. 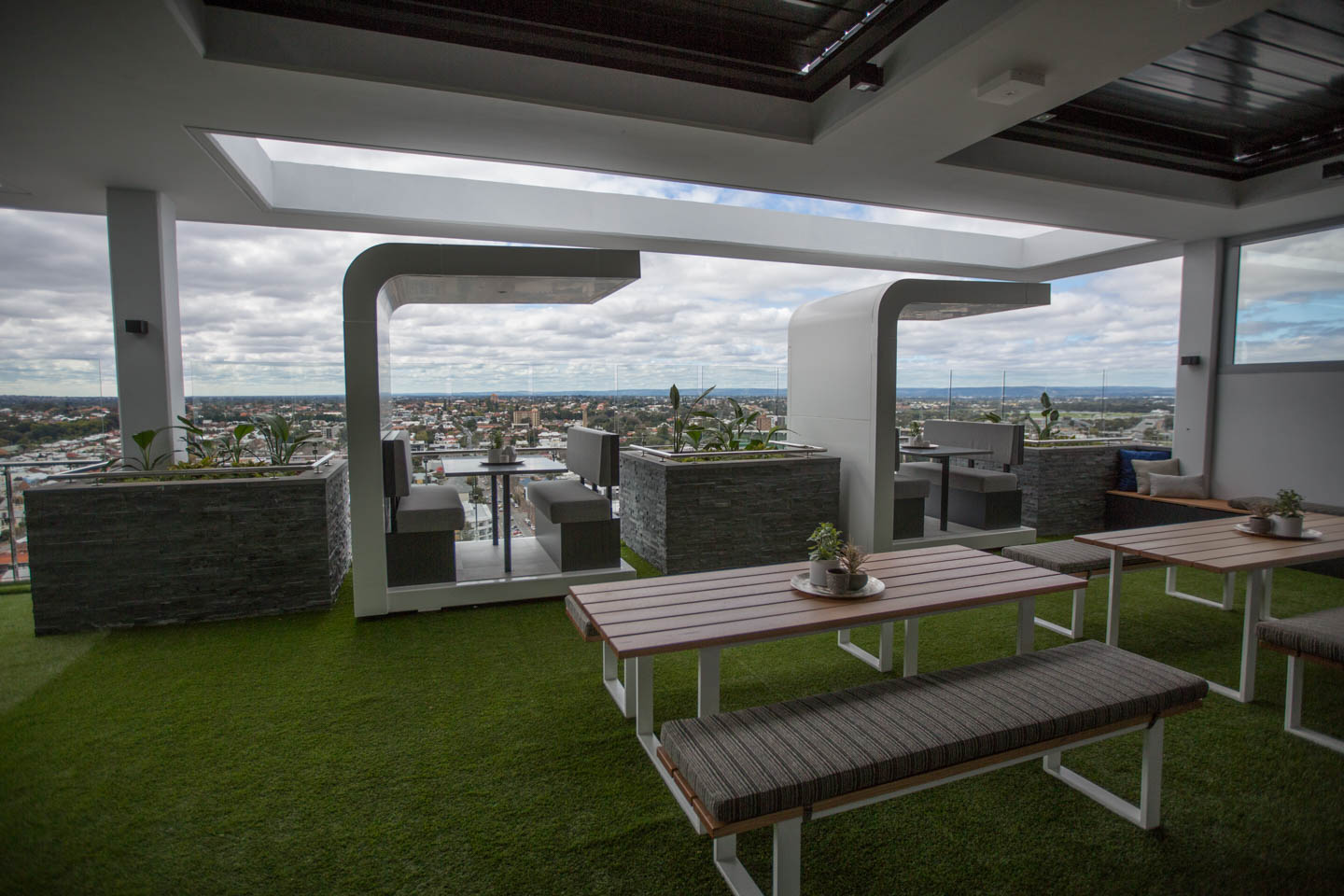 Blackburne general manager developments Jarrad Sizer said common facilities had become a signature of Blackburne developments, first appearing at its Aria project in Swanbourne and also due to feature at its $100 million Essence development at LandCorp’s Claremont on the Park.

“In the past three months we have sold 150 apartments worth over $100 million, mostly to owner-occupiers,” Mr Sizer said.

“If you look at what’s been delivered in the city market historically, it’s been one and two-bedroom stock focused more on investors.

“And that’s what the market wants at the moment.”