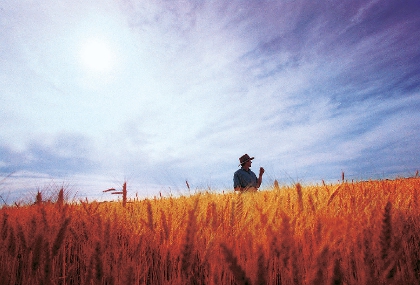 Sentiment among Western Australian farmers dipped over the last quarter, but they remain the most confident in the nation, according to a new survey.

The survey found equal proportions of WA farmers expected conditions to improve or decline over the next 12 months (18 per cent each), with 57 per cent expecting conditions to remain unchanged.

In the December quarter, 40 per cent of WA farmers were rosy regarding the agricultural economy, with just 15 per cent expecting conditions to worsen.

Of those expecting conditions to worsen in the latest survey, 68 per cent were concerned most over falling commodity prices, while 23 per cent of respondents cited the high Australian dollar as their highest concern.

“A high Australian dollar naturally subdues confidence, but higher input costs are just as much of a concern,” Mr Taylor said.

“Effectively higher input costs mean that producers need to take on more risk, as they have to pay a higher cost for fertiliser, fuels, labour and the like before the benefits of production can be realised.”

Nationally, 28 per cent of farmers expected outlook to sour over the next 12 months, compared to 20 per cent previously.

Just 16 per cent of Australian farmers expected conditions to improve, with 52 per cent expecting no change.