Chevron and Shell have singled out high costs as a major challenge facing Western Australia's ability to further develop its globally recognised oil and gas industry. 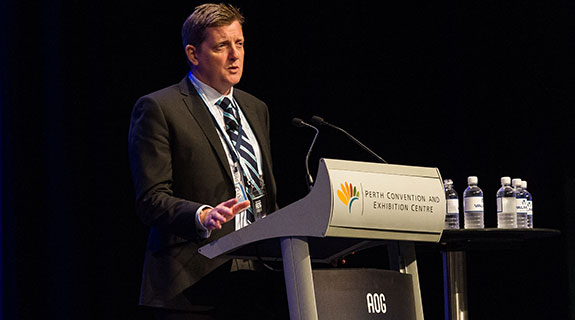 Chevron and Shell have singled out high costs as a major challenge facing Western Australia's ability to further develop its globally recognised oil and gas industry.

“We face major challenges,” he said.

Chevron manager Perth global technology centre Richard Hinkley said the key to Perth cementing its place as an international LNG centre of excellence was its ability to use its natural advantages and technology to drive down costs.

“Perth is well positioned in the Asian time zone,” he said.

“WA has the resources, investment, scale and people, some of the most talented people here in Australia, but it’s a very competitive energy global market and Australia struggles to compete on cost.”

Mr Hinkley said generally 60 per cent of the cost of an LNG plant was associated with the plant itself, including its construction and downstream activities.

Upstream activities such as building pipelines and subsea equipment made up 30 per cent, and drilling accounted for about 10 per cent of costs.

He said to drive down costs the industry would need to better improve its use of technologies and collaborate more.

“This is the time for technology, it can impact on (lowering) cost, it can get integrated into our designs so when prices rebound Australia is competitive,” Mr Hinkley said.

“The cost of developing new technology has meant that collaboration is the norm, It’s the best way to help manage risk.”

Chevron has invested $1 billion in research and development in Australia since 2009, Mr Hinkley said, including through its participation in WA:ERA, a collaboration of CSIRO, Curtin University, the University of Western Australia and Chevron, Woodside Petroleum and Shell.

“This level of investment would not have been possible without collaboration,” he said.