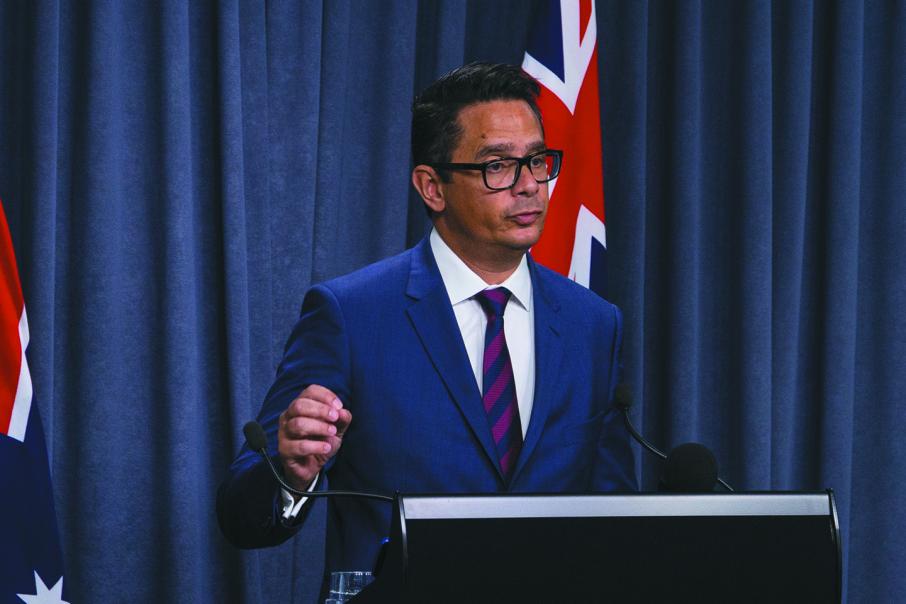 When Rio Tinto blew up two ancient rock shelters in the Pilbara to make way for the expansion of its Brockman mine, it triggered a controversy that will reverberate through the industry for years to come.

The blasting of the Juukan Gorge last month was, in many respects, nothing unusual.

It was authorised by the state government and was in accord with long-running practice.

Soon after the Rio controversy erupted, it emerged that BHP and Fortescue Metals Group were going through exactly the same process to clear land for their new iron ore mines.

They were obtaining ministerial exemptions under section 18 of the Aboriginal Heritage Act, allowing them to interfere with, remove or destroy heritage sites.

The controversy has added urgency to a reform process the current minister for Aboriginal Affairs, Ben Wyatt, has been pursuing for three years.

His reforms seek to address fundamental flaws in the current process and will place more responsibility on both mining companies and traditional owners.

One major flaw is that Aboriginal groups do not have capacity to object to section 18 exemptions.

A second flaw is that section 18 exemptions are granted on the basis of limited information.

In Rio’s case, it obtained ministerial approval to blast Juukan Gorge in 2013.

Rio and the traditional owners subsequently conducted detailed ethnographic and archaeological surveys, which revealed the site was far more significant than originally thought.

Despite this, Rio went ahead with its planned blasting program, claiming there was a misunderstanding with the traditional owners.

The reputational damage was highlighted by Reconciliation Australia’s decision to revoke its endorsement of Rio and suspend the company from its program.

“The blasting activity in Juukan Gorge by Rio Tinto exposes a broken relationship with the Puutu Kunti Kurrama and Pinikura Peoples and a breathtaking breach of a respectful relationship,” Reconciliation Australia said.

Rio has subsequently apologised to the PKKP People and launched a board-level review as it seeks to regain its reputation as a leader in dealings with traditional owners.

BHP responded to the controversy by saying it would not disturb 40 Aboriginal heritage sites on Banjima country that it recently gained approval to clear.

And Fortescue has postponed a section 18 application by two months so the traditional owners, represented by Wintawari Guruma Aboriginal Corporation, have more time to complete heritage surveys.

Mr Wyatt plans to abolish the section 18 process when he replaces the Aboriginal Heritage Act, saying the current system is outdated and inadequate.

“I want to lessen the role the government plays in decisions around heritage and increase the authority of traditional owners,” he said.

“Australia has a sad history of governments deciding what is in the best interests of Aboriginal people,” he said.

“Native title holders are the bodies best-placed to make decision about their own heritage places.”

The minister’s new approach also builds on what he says has been a quiet revolution over the past two decades in the relationship between traditional owners and mining companies.

During this period, 38 indigenous land use agreements have been formalised between native title holders and mining companies in Western Australia.

“The system of agreement making is now the primary regime for Aboriginal heritage protection in Western Australia,” he told Business News.

Mr Wyatt is seeking to strengthen that process by recognising the cultural authority of Aboriginal people, who will be empowered to identify places that are significant to them.

The removal of government from this process puts a greater onus on the miners and traditional owners.

“The mining industry knows that respecting Aboriginal cultural heritage is fundamental to forging a social licence to operate, while traditional owners also understand that wealth creation through mining can also play a role in their economic and social future,” Mr Wyatt said.

The latter point has gained little attention in recent coverage of this issue, but as detailed on page 18, land use agreements have delivered hundreds of millions of dollars in compensation payments and numerous commercial opportunities to traditional owners.

Yamatji Marlpa Aboriginal Corporation, which assists traditional owners in their negotiations, supports the minister’s planned reform but believes more needs to be done.

“The fundamental problem is that you are negotiating from a vulnerable position because there is an overwhelming emphasis on development,” he added.

“If you don’t enter an agreement, these developments can still proceed.”

“Proposed changes to the Aboriginal Heritage Act would be a significant improvement,” he said.

“However, other legislation needs to also be reviewed, such as the Mining Act, as this is the legislation that commences these types of negotiations.”

He is also concerned about the way in which the Federal Court has interpreted the Native Title Act.

“The Native Title Act currently does not ensure the negotiation process is fair for all parties,” he said.

A particular concern is that there is no requirement for negotiations to have reached any particular stage by the end of the mandated negotiation period of 6 months.

Mr Hawkins wants ‘good faith’ negotiation requirements added in, saying this would result in greater certainty for all parties.

The minister is unmoved.

“I am concerned that organisations, such as YMAC, who are charged with the responsibility of negotiating agreements on behalf of traditional owners would be undermining the integrity of those agreements by suggesting that good faith negotiation requirements, stipulated in the Native Title Act, are not strong enough.

“My understanding is that the National Native Title Tribunal determination in a 1996 case involving Njamal native title holders in the Pilbara provided a legally instructive framework for how good faith negotiations should be conducted.

“Native title parties themselves have not supported a prescriptive provision in the NTA that would direct good faith negotiations as this would serve to encourage complex legal interpretation and litigation rather than achieving beneficial agreement outcomes.”