The Melbourne Hotel is hoping its $40 million makeover, which aims to strike a balance between old and new, will give it a competitive edge in the Perth market. 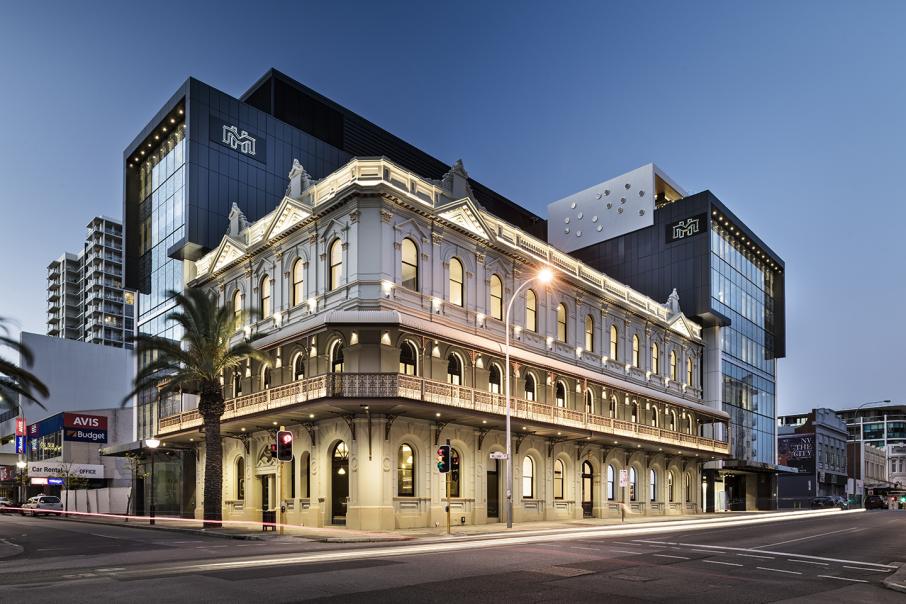 The Melbourne Hotel is hoping its $40 million makeover, which aims to strike a balance between old and new, will give it a competitive edge in the Perth market.

There are six hotels in the CBD currently under construction and more planned, but that’s not enough to deter The Melbourne Hotel general manager Tim Newson, who says there’s a market niche for independent operators.

The 120-year-old hotel, located on the corner of Hay and Milligan streets, recently reopened after three years of redevelopment works, which expanded its footprint via a seven-storey contemporary add-on that wraps around its original historic structure.

Designed by architecture firm Buchan Group, part of the expansion consists of five food and beverage offerings, including a new rooftop bar, a function space, an indigenous mural, a fitness centre and 73 guest rooms (22 of which are in the heritage-listed building). 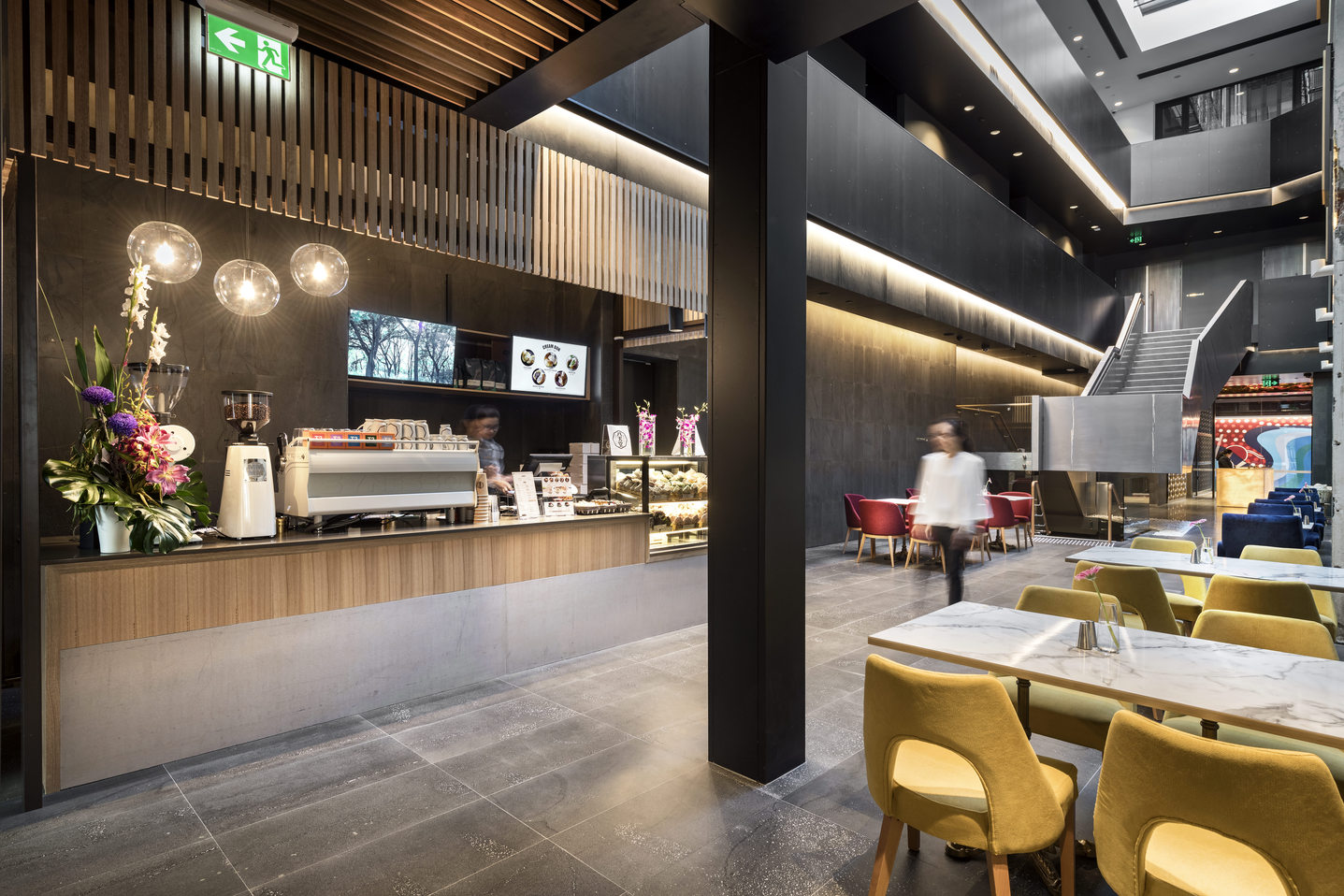 It’s the latest evolution for the hotel that opened its doors in 1897, when Perth was in the midst of a gold rush and Milligan Street was then named Melbourne Road.

Ownership has passed through various hands over the years, most recently the acquisition by Singapore-based Oakesfield Pte Ltd, directed by brothers Daniel and Richard Tan, in 2006.

Oaksfield’s planning for the redevelopment had been under way for the best part of 10 years, alongside proposals for a number of other new venues in the CBD, including The Ritz Carlton, two DoubleTree by Hilton hotels, and the Westin, which is set to open later this week.

“The hotel is opening in a competitive market, but I think the beauty of The Melbourne Hotel is that it is has a unique proposition as an independent hotel,” Mr Newson told Business News.

“Guests are really looking for that genuinely bespoke experience.

“And I think we’re in a better position to be able to provide those local authentic experiences than the larger brands.” 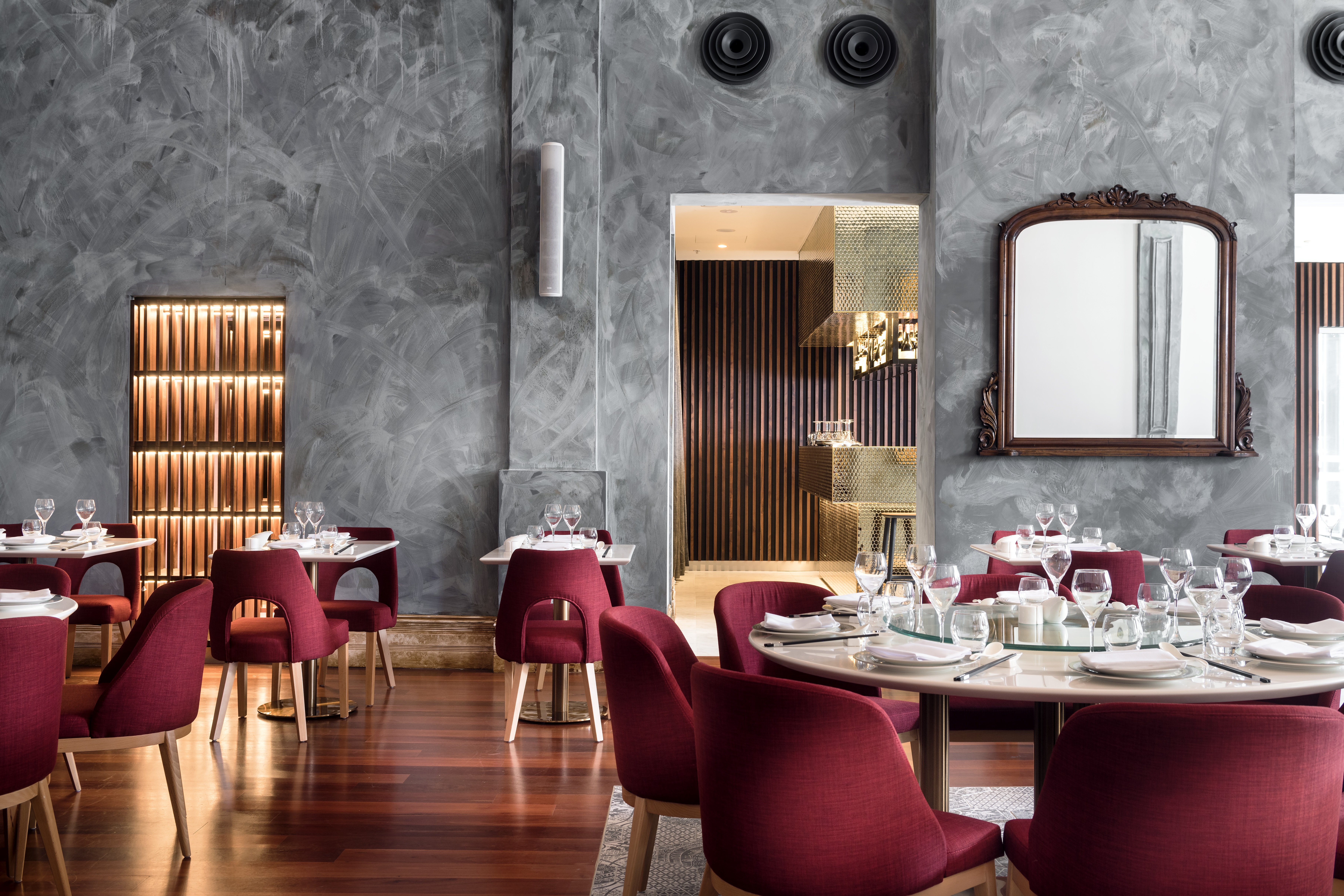 Leveraging the site’s history was one part of delivering that experience, according to Lou Cotter, managing director of Buchan Group’s Perth office.

Mr Cotter said chain hotels with a distinct international flavour were increasingly seeking to embody a local character and identity within their designs.

“For a heritage building that dates back to the 19th century, we wanted that to be fully respected,” Mr Cotter told Business News.

“We also wanted the heritage to contrast with a clearly contemporary fabric.”

He said the rear façade of the original building, now part of the hotel’s lobby, was one example of balancing the old with the new, with the wall stripped back.

“It clearly articulates the history of the building,” Mr Cotter said.

A glass roof above the lobby allows natural light to flood the space, with historical photos of the hotel lining the walls of public areas and guest rooms.

Other nods to The Melbourne Hotel’s heritage include the restoration of the original elevator, explanatory floor plaques, and the replication of the former banister pattern in carpets, balcony facades and on the glazing of the new structure’s street-fronting windows. 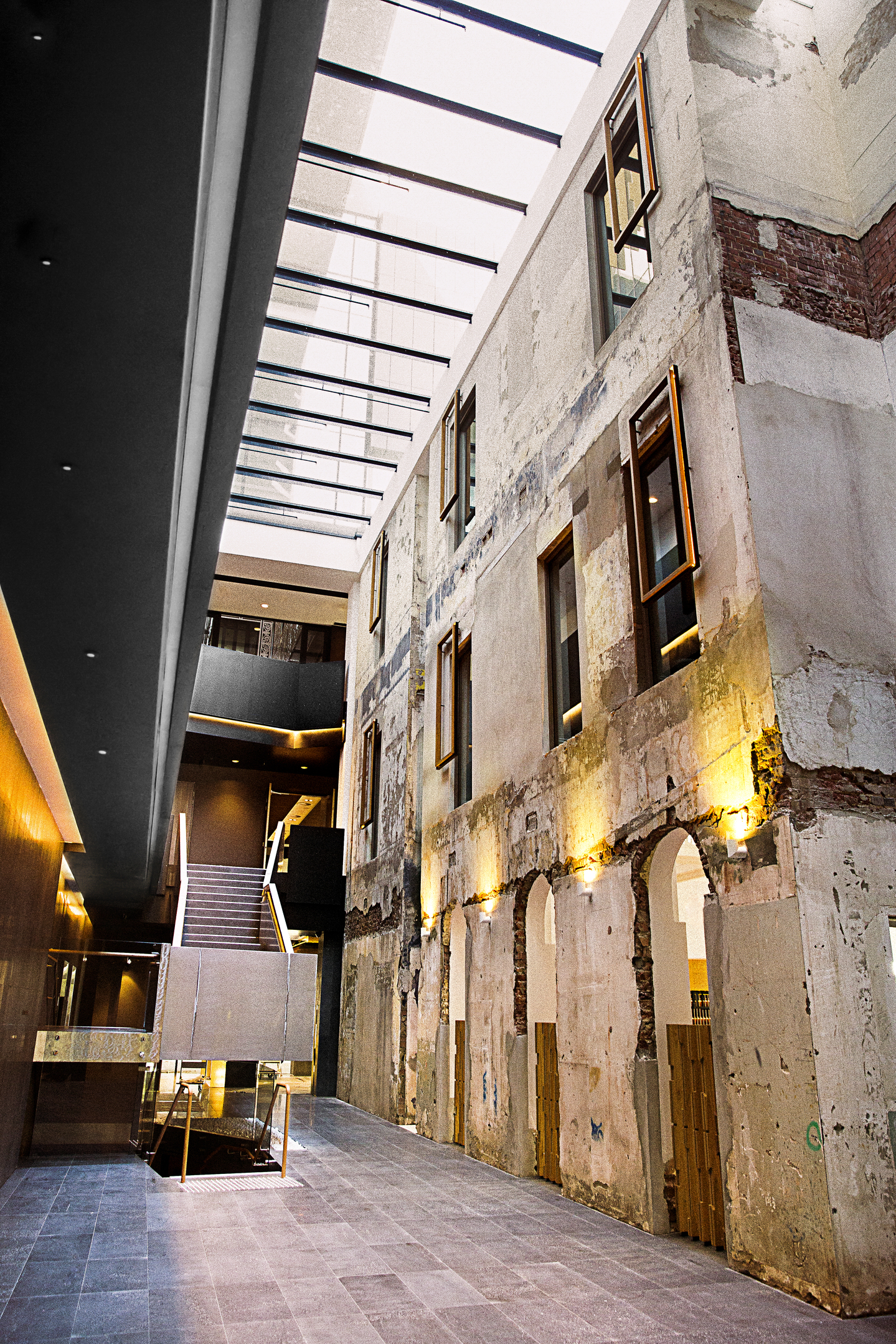 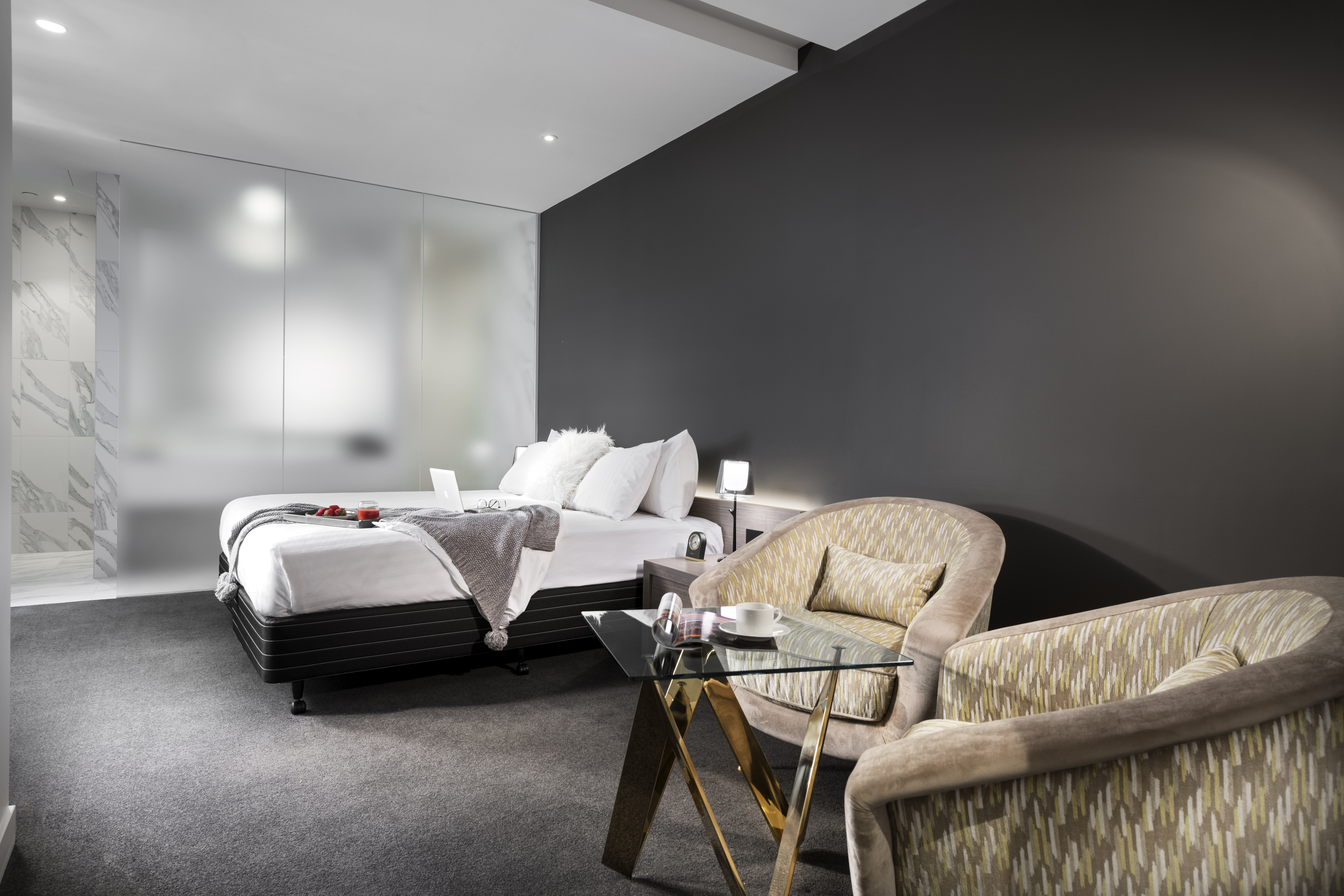