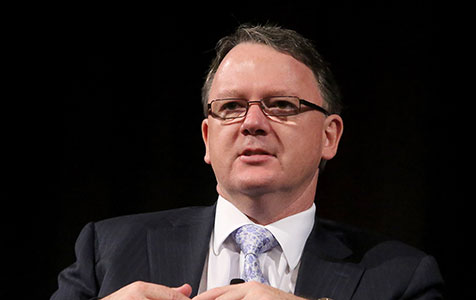 The shale gas industry doesn’t stack up commercially and companies that have invested in the sector are following a herd mentality, Woodside managing director Peter Coleman said today.

“The reality is that the industry gets itself into a herd mentality from time to time and it starts to ignore the bleeding obvious,” Mr Coleman told a Business News Success & Leadership breakfast this morning.

“I think it’s in herd mentality at the moment, to be quite honest, over shale gas, and the reason for that is that the fundamentals absolutely don’t stand up.”

Mr Coleman said shale gas production in the US “will be very, very important, but it doesn’t make any money”.

“A lot of people are talking about the shale revolution in the US, but these guys are in it because they have to be, not because they want to be.”

Production of shale gas has expanded rapidly in the US in recent years, making the country a net energy exporter and driving energy costs lower.

However many companies, including BHP Billiton, have been forced to write-down the value of their shale assets after making high-priced acquisitions in the sector.

Without naming specific companies, Mr Coleman indicated that petroleum companies were investing in shale to be risk averse.

“People are getting into shale gas because it’s better to be average than to stand out with respect to where investors are, it’s better to take a herd position rather than to be contrary, because sometimes if you are different you can get picked off or sometimes investors will move away from your stock,” he said.

Mr Coleman predicted that “over the next two to three years, you’ll see the US shale industry come back to what I believe is a long-term equilibrium point”.

He expects shale gas producers will start exporting at some point, but doesn’t believe it will fundamentally change the gas market.

He added that shale gas is not the only new supply source.

“In Mozambique, in the last two years, they have discovered 100 trillion cubic feet of gas; to put that in context, that’s five North West Shelves.

“We talk a lot about the US – why? Because the guys who spruik a lot live in the US. Not many people visit Mozambique.”

Mr Coleman said another, earlier, example of herd mentality was the rush one decade ago to build gas import terminals in the US.

This included Woodside’s failed attempt to gain environmental approval to build an import terminal off the California coast.

“You saw everybody starting to build import terminals, including some who thought they could build them on the California coast.

“Give me a break. Industry is not going back to California, forget it.

“And if you see people doing this you’re talking to somebody who just hasn’t taken the time to understand the history of oil and gas in California over the years.”

“And by the way, California used to be one of the biggest producers of oil and gas in the US until a couple of oil spills. So things change.”