A government that is more responsive to business needs will benefit all investors, not just patient ones. 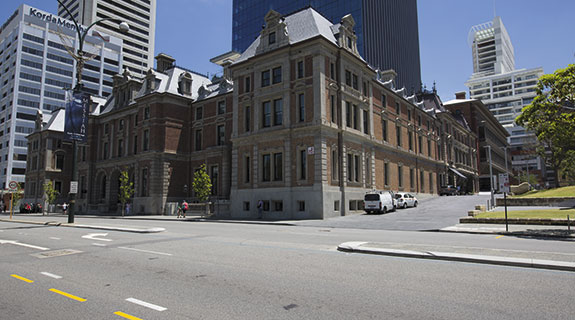 PROJECT OF PASSION: The evolution of the Old Treasury Building, now called the State Building, has been a long time coming. Photo: Attila Csaszar

A government that is more responsive to business needs will benefit all investors, not just patient ones.

As the year rushes towards its completion, many people will be taking part in the numerous corporate entertainment opportunities that are part of the pre-Christmas festivities.

I try to get to as many of these as I can because it is a rare chance to touch base with a lot people, significantly more than if I ever tried to have one-on-one meetings.

As part of that process, I am lucky to get to see many of the venues Perth has to offer. Like much of the hospitality scene, there has been a vast improvement in the number and quality of what’s available in recent years.

Late last month I was privileged to attend what turned out to be the unofficial launch of the spectacularly positioned Wildflower Restaurant at the top of the Old Treasury Building, now called the State Building, which houses the COMO The Treasury hotel, and is part of the Cathedral Square precinct.

The University of Western Australia Business School function I attended was briefly addressed by Adrian Fini, a director of FJM Property, which developed the site and a man who clearly has put a lot of time into this project.

Mr Fini said the development had taken nearly a decade from start to finish, and that’s before including another decade or so when the original go-ahead was stalled. He was very dignified in the way he handled that and, while he was not obviously having a poke at the bureaucracy, the patience required for what was clearly a labour of love is etched in his face.

The lesson for me is, there is a hefty price to pay working with heritage buildings and politically sensitive governments.

The now fully opened site is enjoying the first flush of success as the Perth market gives it a try, time will tell how well that trajectory is maintained. However, there is no doubt in my mind that the owners would have benefited from having this operation up and running years earlier when there was greater demand for hospitality and accommodation.

Just how much bureaucracy and overly protective rules put obstacles in the way of the developers is not clear, but nearly a decade just seems too long.

By contrast, one venue that has enjoyed years of good patronage and continues to do so is the State Reception Centre atop the Fraser’s Kings Park hospitality complex.

While it is not completely fair to compare a very expensive heritage makeover in downtown Perth with adding a floor to modern building in a park overlooking the CBD, it is still shocking to consider the turnaround times when it came to the approvals and construction process.

From recollection, the State Reception Centre was approved and built in around a year in order to be ready as the showcase venue for the Commonwealth Heads of Government Meeting held in Perth in 2011.

It’s amazing what government can do when it has the will.

I think it’s wonderful that Perth has these two amazing venues. Both are starkly different in terms of their place in the city’s hospitality fabric, but we need to get better at fitting the timeframes required of business, not government.