Many employers are retaining boom-time workplace health practices, but cost cutting does have its price. 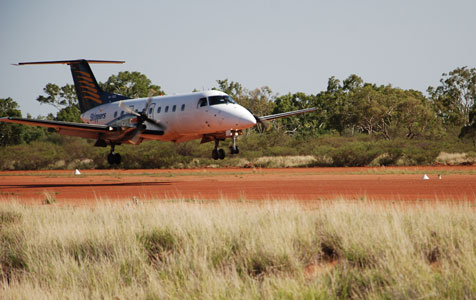 It's said should stand up to be counted or rise to the occasion, but much of our language of power and achievement is a metaphor to being placed firmly on our posterior.

The seat of power, the driver’s seat and the board’s chair reflect a modern view of where power resides.

Even those aspiring to influence want a seat at the table.

Those days are over. Being seated no longer represents a position of privilege, which started with the kings, and later queens, and their focus on the throne.

As the nature of work has changed, depopulating the construction sites, warehouses and factories, the once rarefied air of the office – where people sit to work – has become common.

There are now increasingly more bums on seats in administrative units, corporate roles, call centres and myriad other positions requiring a workstation.

As we discuss in this week’s wide-ranging feature, the rapid rise in seated roles in the workplace has started to affect the overall health of the population, as the emphasis on safety in more labour-oriented tasks has kept the focus off broader health issues the workplace.

Of course, standing up regularly or for protracted periods is only part of the health story.

Workplaces are evolving rapidly and many trends that took off during the resources boom appear to have become mainstream practice; in many cases surviving the downturn.

In part this is the nature of the resources boom, driven as it was by multinational companies that had to meet international standards. They were seeking government approval for projects and were extra mindful that worker safety and wellbeing was required to show they could manage the breakneck speed of construction.

Many of these conditions in the field flowed back to corporate offices.

We may have initially be dismissive of oil industry workers being instructed to hold the handrail on stairs, crossing roads only at the signal of the green man, and not returning to work if we had consumed any alcohol at lunch, but many of these safety features have spread beyond across business sectors as managers have sought to instil the right culture in their businesses.

The stand-up desk, 15-minute mandated breaks and nine-day fortnights formed another set of practices implemented by companies seeking to attract, retain and get the most out workforces that were very expensive to hire and keep working at an optimum level.

It will be interesting to see how much of this remains, but anecdotal evidence suggests many companies believe there is value in this form of health focus (in terms of productivity).

Finally, another emerging area of focus is mental health. Once simply viewed as private issue to be swept under the carpet as much as possible, the need for productivity and the high level of unusual practices such as fly-in, fly-out work brought this concern to the fore.

It may have receded somewhat from the agenda in the downturn, but remains the elephant in the room, especially, as our feature highlights, because many issues that were overlooked during the boom time have now been exacerbated in the stressful conditions created by downsizing.

The manifestation of symptoms linked to stress does not imply a mental illness but, as a broader issue of mental health, it is clear that an employee’s doubt about the security of their future may cause problems for an otherwise healthy person – or may be the straw that breaks the camel’s back for those with other underlying concerns.

That, according to experts, has led to rise in stress-related leave, a conundrum for employers who, due to

conditions requiring a reduction in staff numbers, end up with a double whammy – the cost of an employee who contributes nothing to the business at the very time this is unaffordable.

The challenge for all businesses is to better assess and provide for the health of their employees in the good times, in order to ensure it is best able to cope with the more difficult periods that inevitably arise.