Companies are making a strong push to improve support for fly-in, fly-out employees. 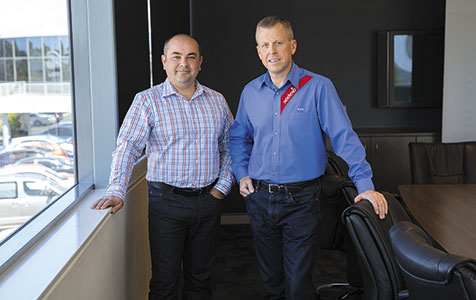 Companies are making a strong push to improve support for fly-in, fly-out employees.

Companies employing on a fly-in, fly-out basis are making serious efforts to improve the physical and mental health of their employees.

In the past year alone, BHP Billiton and Sodexo have implemented specific mental health awareness strategies, while other companies are continuing with programs already in place.

It adds to a growing demand for health and fitness lifestyle coordinators to work on remote sites as part of continued efforts to improve the physical health and nutrition of employees.

The FIFO lifestyle is often criticised for not supporting employees’ health, mainly because they have less time to engage in physical activity on site.

When it comes to nutrition, however, companies servicing resources companies operating in remote locations have reported a marked shift in the range of food being offered.

An example is Sodexo, which caters to resources companies at remote sites and employs staff on a FIFO roster to fulfil services contracts.

“Our customers are far more discerning than they’ve ever been, the evolution over the past three or four years has been enormous,” Mr Weston said.

Both Sodexo and competing services company, Morris Corp, have been on the lookout for health and lifestyle coordinators to promote health and fitness at remote sites to cater for increased demand.

The next step could be employing mental health officers as the push for improvements in that area increases.

The mental health of FIFO employees has come under intense scrutiny recently due to a perceived spike in the number of suicides at remote sites, which prompted a parliamentary inquiry into the mental health impacts of FIFO work arrangements.

In a submission to the inquiry, the Coroner’s Court of WA reported a total of 24 suicide cases involving FIFO employees since 2008.

Submissions to the inquiry from resources giants such as BHP Billiton, Rio Tinto and Woodside reported significant efforts to increase awareness of mental health issues and establish suicide prevention programs.

Interestingly, only five of the 24 cases were thought to have been triggered by workplace conditions.

Instead, drug and alcohol use, domestic relationship issues and pre-existing mental health issues were the more dominant factors.

BHP Billiton conceded its FIFO workforce of 6,430 employees could be more at risk of mental health issues, and has developed what it has termed a mental wellness standard.

In its submission to the parliamentary inquiry, it said the standard was “a commitment to a supportive and connected workplace where the entire workforce is made aware of mental illness and is provided with the tools to assist in feeling resilient and empowered to reach out for support”.

Similarly, Sodexo Australia has launched a campaign to raise awareness of mental health issues and encourage employees to reach out for help simply by bringing the issue into everyday conversation.

About 80 per cent of Sodexo's WA staff are employed on a FIFO roster.

The idea for the ‘I Hear You’ campaign came from an employee who had been affected by suicide and Sodexo Australia chief executive Johnpaul Dimech said it was a good reflection of the company’s efforts to help employees take account for mental health.

“For us we’ve realised that it’s one thing to manage and review lag indicators, but we wanted to be progressive in the space of what the other elements are that impact people,” Mr Dimech said.

“Mental health for us was an area that we wanted to raise awareness, remove the stigma and provide the support to people to be able to talk openly.”