Healthscope to raise up to $2.5bn in IPO 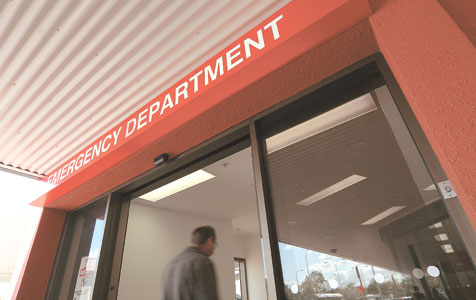 National healthcare group Healthscope has lodged its prospectus ahead of a float worth up to $2.5 billion, the biggest initial public offering in Australia in 2014.

Healthscope, which is the second largest hospital operator in Australia, today announced it would seek to raise between $2.24 billion and $2.57 billion through the IPO.

It is majority owned by US private equity firms Carlyle and TPG, which bought in in 2010 for $2.6 billion.

Managing director Robert Cooke said cornerstone investors would take up around $1.7 billion worth of the shares on offer, but declined to reveal the potential buyers’ identities.

The IPO is being coordinated by Macquarie and UBS, its joint lead managers are CIMB, Credit Suisse, Goldman Sachs and Merril Lynch.

Co-lead managers to the offer are CBA Equities, Evans & Partners and Morgans, while co-managers of the IPO are Baillieu Holst, JB Were, Macquarie Equities and UBS Wealth Management.

Mr Cooke said the company was planning to invest around $274 million in nine hospital expansion projects from FY2015 to FY2017, creating 199 new beds and 14 operating theatres.

“Furthermore, Healthscope has two projects under way which would result in relocation of existing hospitals to new, larger facilities, delivering an additional net increase of 208 beds and 11 new operating theatres during this period, for a further capital investment of approximately $295 million,” Mr Cooke said.

“The offer is being conducted to provide Healthscope with access to capital markets to reduce Healthscope’s existing liabilities, provide increased financial flexibility to pursue further growth opportunities, provide a liquid market for its shares and provide an opportunity for others to invest in Healthscope.”

IPOs in Australia have raised around $4.8 billion in 2014, whuile it will be the largest float since Aurizon raised $4.4 billion in November 2010 under its former name QR National.