Heading down the rabbit hole

With signs of a downturn growing, the next question is: how do we get the economy back on track to growth? 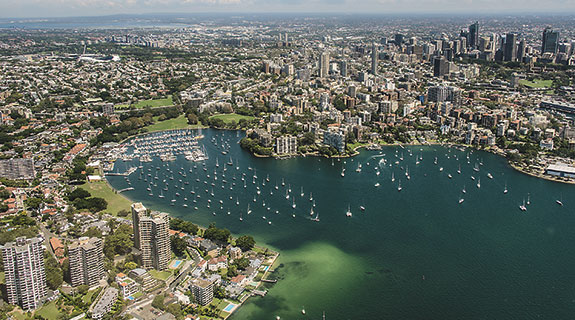 With signs of a downturn growing, the next question is: how do we get the economy back on track to growth?

If Alice in Wonderland were being written today, it would include a chapter on the bizarre world of super-low interest rates and how they are helping push the Australian economy towards its first recession in more than 20 years.

Sydney property prices are a starting point for analysing the effect of low rates because even Blind Freddie (and his dog) can see they are a bubble; and when the bubble bursts it will splatter across a once rock-solid financial system.

For investors, especially self-funded retirees who are loaded to the gills with bank shares, the prospect of a damaged banking system, and reduced dividends as banks are forced to retain capital to repair their balance sheets, is an alarming prospect.

However, what the Sydney property market demonstrates is how everything in the financial system is connected to everything else; and when Australia’s top Treasury official, John Fraser, warns that a “feeding frenzy” has developed in Sydney, then the alarm bells ought to be ringing loudly.

Not everyone acknowledges that sectors of the property marker are overheated, but even defenders of rising property prices are in for a shock once they widen their view and see the other distortions developing in the economy, including resources, the sector of greatest importance to Western Australia.

Next year, according to calculations made by analysts after a roundtable conference with BHP Billiton’s chief executive Andrew Mackenzie, the big mining company might have to meet its dividend payment to shareholders by returning 138 per cent of next year’s annual profit.

Think about that forecast. Australia’s biggest company could return more to its shareholders than it earns, a truly whacky development brought on by two developments – low commodity prices and shareholder demands for fat dividends at a time of when super-low interest rates are hitting their savings.

Over time, any company that pays out more than it earns cannot survive; and while BHP Billiton is not facing an existential crisis, it is deferring investment decisions on future growth projects to meet today’s demands from yield-hungry investors.

One of Australia’s top businessman, Sir Rod Eddington, warned last week that some companies were being cautious about their investment plans, with the need to maintain dividend streams to investors one of the reasons.

By now it’s clear low interest rates are causing unintended problems across the economy, with all of them pointing towards a crisis and, potentially, a recession.

Of course there are other problems associated with super-low rates.

• Retirees forced to live off their capital because they cannot survive on investment returns, adding to the growing ranks of people on government-funded pensions despite Australia having one of the world’s biggest superannuation systems, which was designed to keep people off the pension.

• Insurance companies facing a cash flow crisis as the return on their invested funds fails to meet obligations, a problem becoming acute in Europe where interest rates turned negative earlier this year.

• Crashing capital investment across the Australian economy as the mining boom morphs into a mining bust and promised investment in other industries fails to materialise, partly because of the need to service the dividend demands of shareholders.

The shock forecast from the Australian Bureau of Statistics that capital investment next financial year will drop by 25 per cent on the current year is easily the most disturbing projection, because it shows that Australia is simply not investing in its future, but rather preferring to try and live off its past.

Where this spiral of disturbing developments ends is becoming increasingly apparent, with one bank prepared to call it a recession in all but name.

Negative growth is an economist’s way of avoiding the word ‘shrink’. Now-casting is a trendy new method of using current economic measurements to forecast the future rather than waiting for official statistics, which can take months to calculate.

Using retail sales, building approval, exports and capital expenditure for its now-casting model, Credit Suisse concluded that the data is pointing to negative growth as bad as anything seen since 1990, with the one positive being that a sharp fall in the value of the Australian dollar seems to be inevitable.

The fall in mining investment is well understood, but other measurements such as flat retail sales and declining building approvals are also coming into play.

It is no longer a question of whether there will be a downturn. It is happening, and it appears that even another cut in interest rates will not deliver an investment or growth dividend.

How this gloomy picture plays out will be interesting to watch, especially in the way people once opposed to resources development will be forced to recognise that resources are Australia’s one unique advantage over its near neighbours with their cheaper labour and slick manufacturing sectors.

For WA, that national awakening about the importance of encouraging resources development rather than opposing it at every turn will be welcome, and for Australia a revitalised resources sector will be the country’s ‘get out of jail’ card – just as it has been for past 200 years.

CASH, at times like these, really is king; but in a global context Australia is a cash pauper, as shown in a list of the world’s top 50 cash cows.

What analysts at the investment bank Citi have done is look for companies with the best records of returning cash to investors.

Top of the list last year was the technology giant Apple, which invested $US16 billion in its business while returning $US56 billion to its shareholders.

The investment theme from the Citi is simple. It’s always best to own shares in a company rolling in cash because there’s a reasonable chance that management will share the goodies.

Unfortunately for Australian investors only one company makes the top 50 cash cow list – the toll road operator Transurban, which comes in at an impressive fourth.

Primed for a fall?

A FINAL word on property because in the US, where many good and bad economic trends start, there has been a surprise return of so-called ‘shadow banks’ in the home loan market.

In April, these non-bank lenders accounted for 53 per cent of home loans; and while that can be partly explained by the withdrawal of conventional banks from the tightly regulated mortgage market, it also means that more loans are being made to people who will struggle to service their debts when interest rates rise.

No prize for guessing that rising loan levels to non-bank customers has a whiff of the 2007 sub-prime crisis.