A Perth technology company seeking to disrupt the mining and energy industries has highlighted how rapid changes in the clean energy sector will also disrupt its own plans to scale up its hydrogen and graphite production. 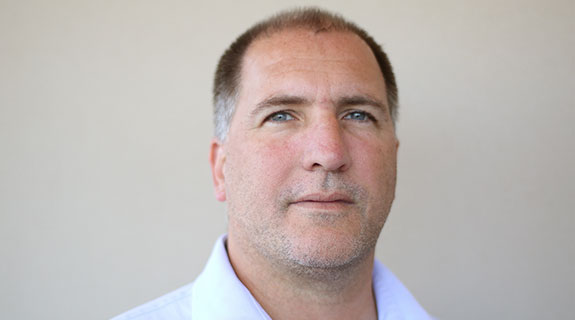 A Perth technology company seeking to disrupt the mining and energy industries has highlighted how rapid changes in the clean energy sector will also disrupt its own plans to scale up its hydrogen and graphite production.

Hazer Group managing director Geoff Pocock told Business News the company, which is one of only a handful of Perth businesses to make an initial public offering on the ASX this year, was preparing to close its $5 million capital raising three weeks early after being oversubscribed.

The company, which developed its technology at The University of Western Australia with initial support from Wesfarmers, hopes to be trading by as early as the end of this month.

Hazer Group will use the funding from its public share offer to commercialise its technology, which it says produces both low-cost clean hydrogen as well as high-quality, battery-grade synthetic graphite.

Mr Pocock said the company could currently produce about 30 to 40 grams of hydrogen per day, and three times that amount of graphite.

He said while plans to scale up production would proceed gradually and include a small pilot plant, that facility might be the biggest it needs to build.

He said if hydrogen car infrastructure developers decided many smaller decentralised facilities were more economically viable than one large centre with substantial transport costs, Hazer might only need to design a facility that could produce 100 kilograms a day of hydrogen.

“One of the interesting things about the hydrogen space is it’s not clear exactly what a commercial hydrogen plant needs to be because the hydrogen market is changing very dramatically,” Mr Pocock said.

He said this disrupted the end point that Hazer needed to work to.

“We don’t know, when we’re building this, do we need to take this to the stage where we’re making 100 tonnes a day or is it going to be a commercial piece of equipment when it makes 100 kilograms a day? At the moment the indications are that that lower stage actually could be a commercial plant in the sense that it’s modular and distributed,” he said.

Mr Pocock said hydrogen was currently produced mostly by companies that used it in-house to make other chemical products, such as ammonia, meaning it was hard to put a commercial value on it.

However, he said typically it cost between $1,000 and $1,500 per tonne to make hydrogen, depending on the fuel source, and with added costs for distribution, retail overheads and embedded infrastructure costs.

Mr Pocock said Hazer’s research had shown refuelling hydrogen cars was likely to cost about $10,000/t at the retail pump (equal to $50 for 5 kilograms of hydrogen designed to fuel 500 kilometres driving).

“We want to be in a position where we’re competitive against that $1,000, $1,500 a tonne price point. As cheap or cheaper than the alternative ways of making it,” he said.

Mr Pocock said Hazer Group was also targeting production of graphite with purity and quality levels that would attract prices from $5,000 to $20,000 per tonne.

“The cheapest way of getting graphite at the moment is mining it, and our expectation is to be cost competitive against any graphite mining (activities) because ultimately we’re using quite a low cost feed stock, being natural gas,” he said.

Hazer Group will not be dependent on WA’s domestic gas market, though.

“The domestic hydrogen and the domestic graphite markets are by global standards I wouldn’t say insignificant or irrelevant, but they’re certainly not the primary focus,” Mr Pocock said.

“Obviously we’re a Western Australian company ... it may well be that early on our preliminary plants are based in Australia...but ultimately we’re looking at this as very much a global market and one of the advantages of natural gas is that natural gas is readily available everywhere in the world.”