Harvey Water is progressing a market-led proposal for water infrastructure in the South West, after the state government cancelled support for Collie Water's $400 million plan. 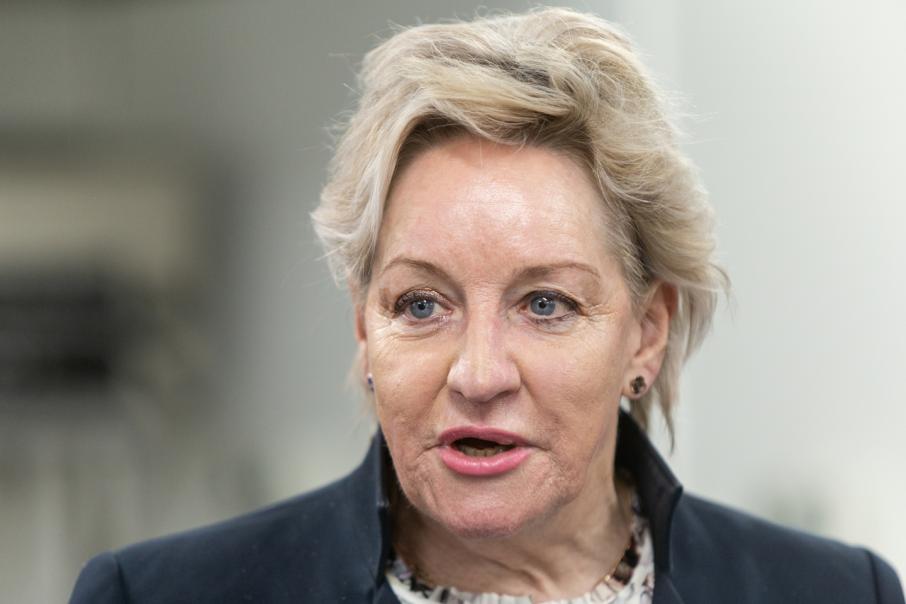 Harvey Water is progressing a market-led proposal for water infrastructure in the South West, after the state government cancelled support for Collie Water's $400 million plan.

Two Harvey Water cooperative entities were invited to the second stage of the state government’s market-led proposal process for their “Collie to Coast” project in recent weeks.

The cooperative provides water in a region stretching through agricultural land from Waroona to Dardanup.

Representatives would not respond to requests for comment on the specifics of the proposal, although it will include water distribution and irrigation works.

The federal government committed $800,000 in the budget for feasibility work to assess water infrastructure in the South West.

That money will go to the state’s Department of Primary Industries and Regional Development to run the rule over options including an expansion of the Binningup desalination plant, or building a 20 gigalitre Wellington Dam desal plant.

The Wellington Dam is a large water catchment with high levels of salinity, which means use of the water is challenging.

The water would be used for the Myalup Primary Industries Reserve, including a 500 hectare horticultural zone, according to the National Water Grid Authority.

Harvey Water had previously been partnering with Peter Fogarty’s Pendulum Capital as Collie Water Pty Ltd, which had secured state and federal funding for the $400 million Myalup-Wellington Water Project.

The project was to divert water from Collie River East into a disused mine void for storage, and then pump through a 20GL desalination plant in Collie.

Half of the water was to be sold to the Water Corporation, with the remainder piped into agricultural areas nearby.

Replacing open irrigation channels with pipelines would help reduce water loss, which is substantial in the existing open air system.

In August 2020, Regional Development Minister Alannah MacTiernan told media the project was under review, after Collie Water ran into issues negotiating with nearby coal miners.

The state government terminated its contract in the second half of 2020.

When asked in state parliament last week, Ms MacTiernan said the government would keep the $37 million it had allocated for the project ready for an alternative.

She said the government had continued to support the project when it came to office, despite concerns about the complexity.

But Collie Water’s commercial arrangements had not played out successfully.

“(T)he project as conceived just has not been able to go forward, and we have formally terminated that project,” Ms MacTiernan told parliament.

The government was now working on alternatives with Harvey Water, Ms MacTiernan said, and she confirmed it would look at a number of options to use the funds.

“In relation to the commonwealth funding… the Deputy Prime Minister (Barnaby Joyce) has advised that he has taken the federal government money from that project,” she said.

“It is still in the budget but designated more broadly for water projects in Western Australia.”

The federal government had promised $140 million for the project.

“The Western Australian Labor government has decided not to pursue the Myalup-Wellington project,” he said.

“Federal funding committed to this project has been set aside to support the delivery of future priority water infrastructure projects in Western Australia.

“We will continue to work with the Western Australian Labor Government to identify future projects that will deliver water security, expand the agricultural industry and generate new economic opportunities.”

Shadow Treasurer Steve Thomas, who represents the South West in the Legislative Council, said the state government had shown little interest in delivering the project in the past five years.

The delivery of the project had been a remarkable failure, Dr Thomas said.

“Apart from administration costs there has been no progress on a project that Minister MacTiernan called a 'job creator for the region' in August 2017,” he said.

“The original project was perhaps overambitious, but the below the dam wall piping and distribution part of it remains a deliverable and useful proposition.”

The state and federal governments should commit the cash to the deliverable part of the plan, Dr Thomas said, which was the pipeline and irrigation infrastructure.

The proponents’ benefit to cost ratio had been 1.6, Infrastructure Australia said, but warned it mostly accrued to private parties, including Collie Water and local agricultural producers.

“(it) is not clear how Australian government funding would address a market failure which could not be addressed by the proponent,” the report said.

Collie Water did not respond to requests for comment.

One project which is proceeding is a brine pipeline, with Harvey Water recently receiving environmental backing.

The Environmental Protection Authority recommended approval for construction of a 10 kilometre pipeline to export up to 500 megalitres of wastewater from Kemerton’s industrial precinct into the ocean.

The pipeline will take waste from a water treatment plant, which is planned to desalinate water from Harvey Dam.

Environmental documents say the cooperative has entered into an agreement with the Kemerton Strategic Industrial Area to supply feedwater and potable water.