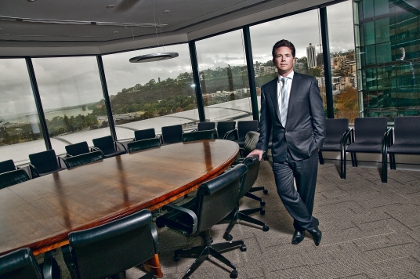 Hartleys has reported a significant drop in revenue and a huge reduction in profit from its bumper 2011 result, but the stockbroker nonetheless remained well in the black, lodging a net profit of $10.1 million for the 12 months to June 2012.

The profit was down 57 per cent on the previous year, while revenue of $48.3 million was well down on the $72.8 million recorded in FY2011, according to accounts lodged with ASIC.

Chairman John Featherby said the result was pleasing in light of the difficult market conditions, with the ASX All Ordinaries index losing 11 per cent over the year.

Rival Perth-based broker Patersons Securities, which operates nationally, recorded a $5 million loss for FY2012, driven by a 28 per cent drop in revenue, while also disclosing staff cuts to deal with the downturn in activity.

Euroz Securities, which, like Hartleys, has confined its operations to a single Perth office, reported a 56 per cent fall in profit to $11.7 million.

“Indeed it is pleasing to report that against a seriously negative backdrop for the financial services industry of widespread redundancies and staff reductions, Hartleys total employee numbers remained steady,” Mr Featherby said in his chairman's report.

“Market volatility arising from the fear of collapse of the European Currency Union played out almost daily and not surprisingly, as confidence fell away, daily trading volumes declined sharply impacting revenues throughout the industry.

“An historically strong AUD and generally weaker bulk commodity and base metal prices additionaly conspired to pressure the price of most resource stocks.”

Mr Featherby, however, said he was confident that the worst of the downturn was over, and predicted a strong market recovery in 2012-13.