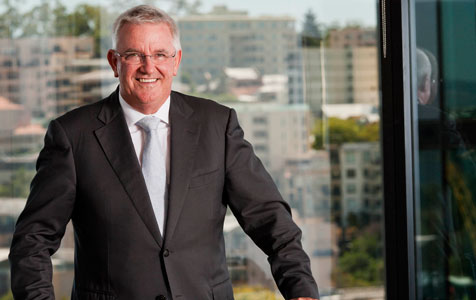 Perth-based stockbroking firm Hartleys has largely maintained its profitability in challenging conditions - a feat that few, if any, of its competitors managed to achieve in the 2013 financial year.

Hartleys said today that its net profit for the year to June 30 was $9.6 million, down slightly from a $10.1 million net profit in the previous financial year.

Portfolio management fees were steady at around $5.1 million.

Chairman John Featherby said the performance was “outstanding” in comparison to its peers.

Argonaut Securities reported last month that its profit fell from $2.8 million to $1.9 million in FY2013, while Euroz said in July that the difficult conditions had resulted in its profit falling by half, to $6.3 million.

Patersons Securities recorded a $6.9 million loss in FY2013, with revenue slumping 23 per cent to $85 million, while it shed 36 staff from its WA office.

Macquarie Group's WA staff was reduced to 33 from 40 in FY2012, while DJ Carmichael parted ways with 13 staff in WA.

“Atypically, the result was achieved without any reduction in Hartleys staff numbers, and reflects the continuous benefits of maintaining tight cost controls and an excellent compliance record,” Mr Featherby said in his chairman’s report.

Mr Featherby said small- to mid-size companies in the resources sector struggled in FY2013, with the ASX Small Resources index falling by 50 per cent.

The ASX All Ordinaries Index, contrastingly, gained more than 15 per cent on FY2012.

Mr Featherby said there were positive signs of a latent recovery for the resources sector, however, and FY2014 should result in the market surpassing its previous highs.